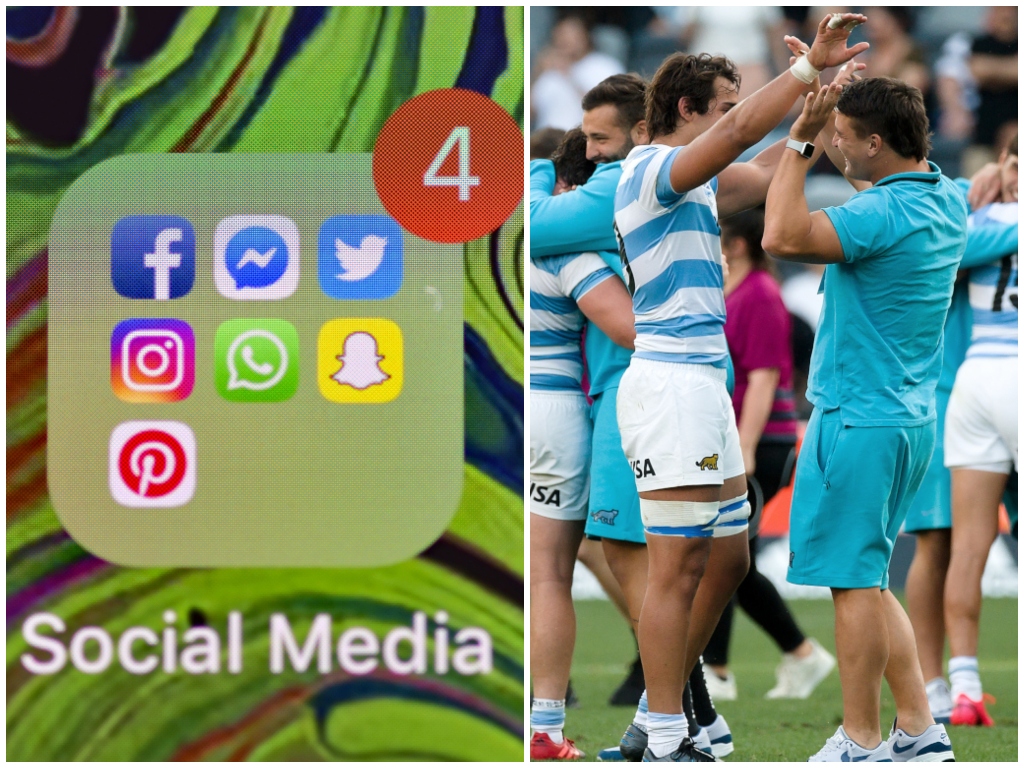 We, of course, start with Argentina’s incredible victory over the All Blacks in Sydney. It was an emotional moment for players and coaches alike, with boss Mario Ledesma showing what it meant to the country.

The team had plenty of Argentine support in the crowd and they all celebrated together at the end of the game.

You love to see it. pic.twitter.com/qm4LKlMVbD

Captain Pablo Matera was magnificent throughout and typified the belief in the squad. This interaction with referee Angus Gardner stated that they would not be intimidated by New Zealand.

Pumas skipper Pablo Matera warned about getting involved in a bit of push-and-shove:

"I can see a guy hitting the face of one of my men. It's not respect.

"I'm playing for my country. That's not respect." pic.twitter.com/OA1aReUAL9

It must also be remembered that they achieved this result off very little game time and had not played a Test match in over a year – since the 2019 World Cup.

Former All Black John Kirwan was certainly made to eat humble pie after his comments during the week.

It's going to be a very quiet night in the studio… I'm glad the Pumas won. #NZLvARG pic.twitter.com/J6jbUyKRvW

But to his credit, Kirwan congratulated the Pumas on social media.

Eat humble pie I’ll have to eat the breakdown desk, great win and well deserved for Argentina, they taught us passion, commitment and how to turn adversity into a positive, estoy feliz para vos

Overall, it certainly hasn’t been a good couple of weeks for the All Blacks or prop Ofa Tuungafasi, who was sent off against Australia just over a week ago, but this was an impressive kick from the prop.

On to the Autumn Nations Cup and Amazon, who have bought the rights in the UK, seem to have declared a United Ireland.

Thank you for that information. We apologize but upon reviewing your location you're in Northern Ireland. Rugby Autumn Nations Cup coverage is exclusively available to Prime members based in the UK. We don't have the rights to other territories. ^RS

Meanwhile, it was a big day for Duncan Weir, who was handed a start against Italy with Finn Russell and Adam Hastings injured.

The fly-half produced a solid display as they claimed a 28-17 victory in Florence but most of the focus was on the hair.

This was our favourite, though, imagining how the rest of the squad would look with a Weir-like barnet.

However, this is the reason why the pivot hasn’t cut it, with the Worcester Warriors playmaker raising money for a great cause.

This is why he hasn’t cut his hair pic.twitter.com/tbD5HGlIwW

England also claimed a win on Saturday but much of the talk leading up to the game was on their selection. They don’t lack for top-class back-rows, yet head coach Eddie Jones decided to select Maro Itoje at flanker.

Sees 700 quality English flankers practicing on the lawns at Pennyhill.

Elsewhere, it has also been a superb weekend for Samoa as they defeated Tonga to secure their place in the 2021 World Cup repechage. It will take place next year with the victor qualifying for the global tournament in New Zealand.

Party time for Samoa as they beat Tonga to secure their place in the #RWC2021 repechage next year.

The repechage is a four-team final qualification tournament that will decide the 12th and final participant at next year’s tournament in New Zealand. pic.twitter.com/8WtGMgryqM

Continuing, and duly finishing, with the Pacific Island theme, this film, presented by former Samoa international Dan Leo, will be well worth a watch.

After 3 years in the making- I’m excited to announce #OceansApartFilm due for release next week. We believe it will be a game changer for Pacific/ tier 2 rugby

Any media wanting to preview/review the film prior to us launching next week- please get in touch: dleo@pacificrpw.com pic.twitter.com/P1PXCDmHcN