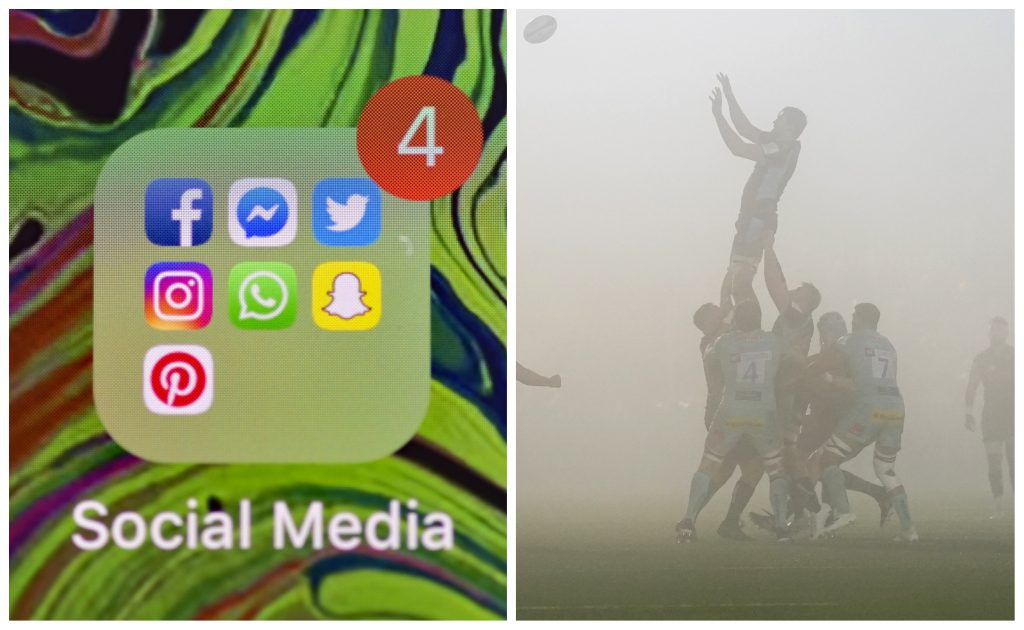 We begin in Europe, where the Champions and Challenge Cup has come off second best to Covid-19 as several fixtures have been postponed due to the pandemic.

According to the BallCarrier guys, the news of the postponed matches was well received at Bath.

Silver linings for some pic.twitter.com/mJsNGwZVhe

At Scotstoun, there was an interesting direct battle between Scotland internationals Richie Gray and his younger brother, Jonny, who faced off in Glasgow Warriors’ clash with Exeter Chiefs.

The big talking point in that encounter was the fog which made visibility very difficult for the spectators.

The fog made things tough for both teams but the players soldiered on despite the difficult conditions.

Elsewhere, Cardiff back Dan Fish, who announced his retirement in October, continues to shine after answering an SOS from his club’s senior team when several of their players were sidelined due to Covid-19 issues.

Let's get Dan Fish to number one! 😂

In Ireland, the opening round’s action proved memorable for Munster Academy scrum-half Ethan Coughlan who lined up with two of his heroes Peter O’Mahony and Conor Murray after several senior players were forced to withdraw due to Covid. After their win over Wasps, the trio replicated a photo taken several years earlier.

Meanwhile, with it being Christmas season, the World Rugby guys came up with the Barrett on a carrot pic to get us all into the festive spirit.

You've heard of Elf on the shelf, now get ready for…

While in the USA, this Santa is using his rugby training skills to keep him busy.

Staying with the training theme, in England, former international front-row Andrew Sheridan might be retired but he showed that he is still as strong as ever.

Mixing training up a bit at the moment with some sandbag ‘shouldering’- pretty awkward exercise- taxes the breathing a bit too 👍🏼Having a bit of a struggle with the 145kg (320lb) bag 😂 pic.twitter.com/ODCsH3vzmu

In South Africa, Wallabies centre Ben Tapuai is settling in nicely at the Sharks where Werner Kok has been teaching him some Afrikaans words.

While the Springboks’ director of rugby, Rassie Erasmus, has released a series of videos to show the world what he is up to while serving his 60-day suspension.

Okay,but I will probably delete if I get to much "bite" from South Africans!
After all it's for them who we working and playing 🇿🇦 https://t.co/e780si5w4E pic.twitter.com/tehF9rG4fp

We finish off in New Zealand where the All Blacks released this hilarious behind the scenes video. Not the smoothest start from Sam Cane here.

A little bit of everything in this video.

Behind the Scenes in 2021. Enjoy 🤙🏾 pic.twitter.com/suJmH7zETI