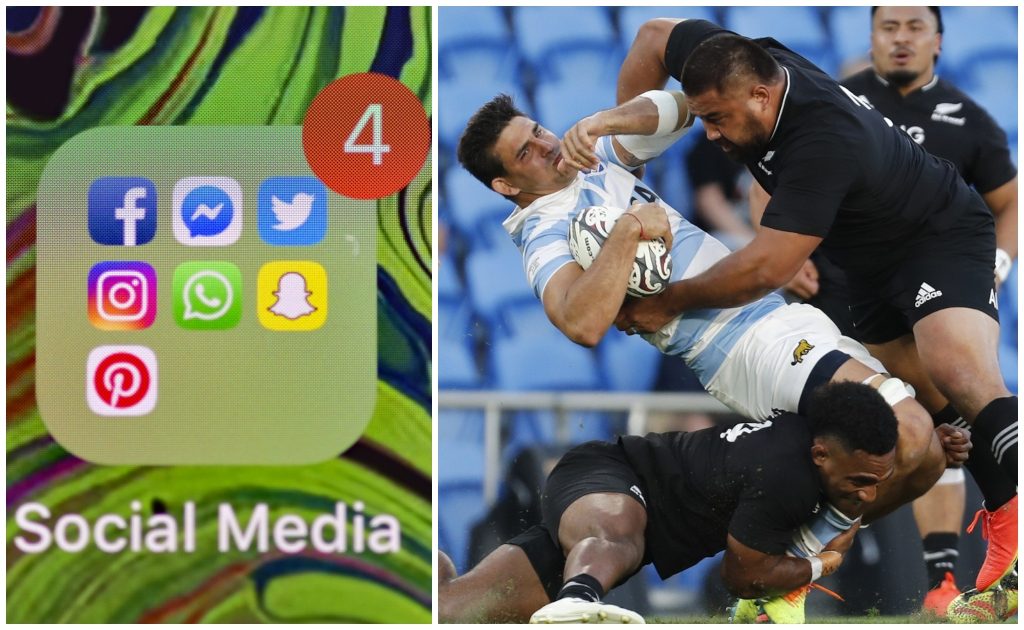 We begin with the Rugby Championship double-header on the Gold Coast where the action kicked off with New Zealand v Argentina. Nepo Laulala started brightly.

The All Blacks were rampant against the Pumas as they ran in five tries on the day, this from Luke Jacobson coming thanks to an unreal ball from Beauden Barrett.

The focus then shifted to Australia v South Africa but before kick-off there was a nice tribute to Siya Kolisi from former New Zealand centre Sonny Bill Williams.

.@SiyaKolisi_Bear’s story is something else 👊

Australia would run out 28-26 winners on the field in a dramatic finish to the game, with Quade Cooper the hero as he kicked a last-minute penalty to seal victory.

Heading north and it was another dire gaffe for a politician as Secretary of State for Education of the United Kingdom, Gavin Williamson, made this shocking error.

🚨 | NEW: Gavin Williamson said in an interview that he has met Marcus Rashford. However, his team later said he actually met the rugby player Maro Itoje, not Rashford.

British & Irish Lions, England and Saracens lock Maro Itoje gave his response to the Conservative MP’s error with a funny message, signing off as Marcu… Maro.

Due to recent speculation I thought it was necessary to confirm that I am not Marcus Rashford… And whilst we are here my name is not Mario either!! Just a simple Maro Itoje will do…

Unsurprisingly Twitter was awash with plenty of comments about the staggering mix-up and here’s A-P Cronje with a tongue-in-cheek tweet about the Lions battle.

People say the Lions Series was dull, but I for one really loved seeing the battle between these two legends. Two men at the absolute top of their game! pic.twitter.com/iIq0I8gSUh

In France there was a comical moment as Grenoble prop Regis Montagne decided to put boot to ball from a loose lineout against Agen. We liked the backing music.

Staying in France but in the Top 14, Castres players showed their strength as they moved this car that was blocking their coach ahead of a match against Clermont.

Power up front is something Bath hooker Tom Dunn believes is often under-appreciated and he gave a funny take on how he thinks backs do actually enjoy scrums.

Meanwhile, it was good to see fans returning to stadiums for the pre-season games across Britain and Ireland and how about this emotional moment at Connacht?

To the elderly man who just entered The Sportsground with tears in his eyes, we are thrilled to welcome you back 💚

Gloucester’s George Barton has clearly been working on his goal-kicking during the off-season. Talk about being bang on with your warm-up attempt off the tee.

Finally, as you probably already know we love our rugby-related animal tweets and Cronje makes another appearance here with one that we would very be proud of.

Visual representation of what it’s like being the first person to regather the ball after the opposition puts a kick in behind your defensive line. pic.twitter.com/e6Lzenbe0e