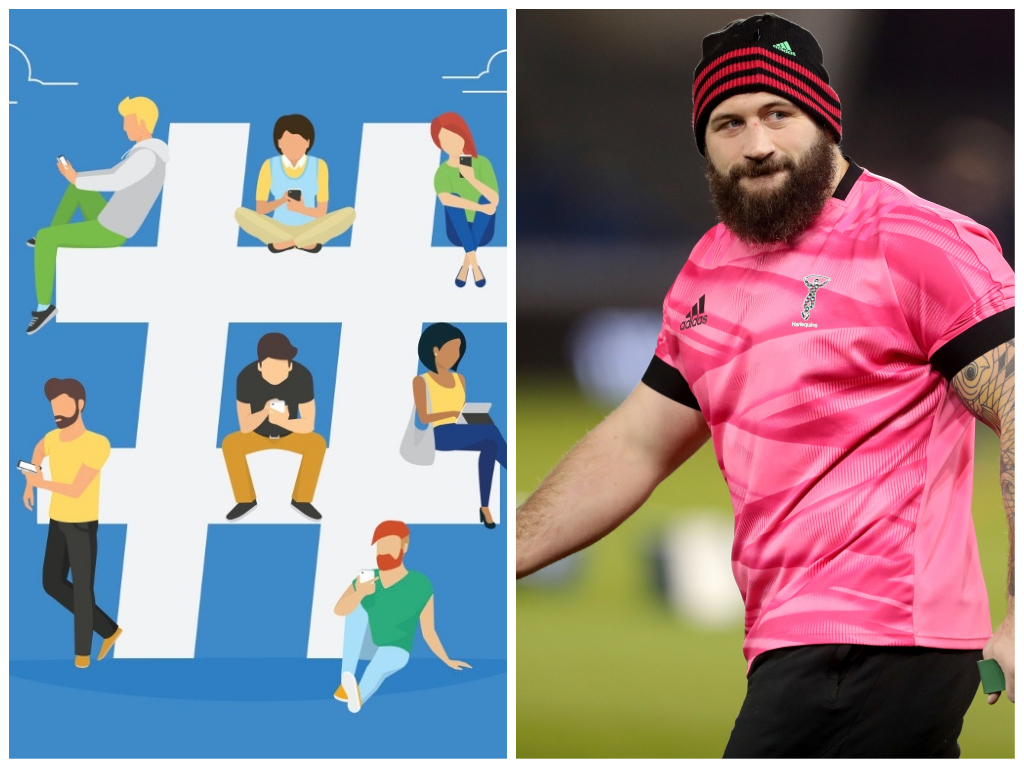 Although there is still no rugby action on the cards, and despite news from World Rugby that the July internationals have been postponed, the game’s roleplayers are still coming up with clever ways to boost their morale.

We start in the southern hemisphere where the best Super Rugby Nicknames XV was revealed.

NICKNAME XV | Please take a moment to appreciate some of these golden nicknames from #SuperRugby over the years 🤩 pic.twitter.com/eqM8665xwu

Included in that list is former All Blacks centre Conrad “Snakey” Smith, who proves in this clip that he was a tad quicker than his long-time centre partner Ma’a Nonu.

Is this evidence that Conrad Smith is faster than @maavelous?

👉🏼 Join us on Facebook or YouTube this Saturday night for the full match replay of the All Blacks clash with Fiji in 2011. pic.twitter.com/sn1LMhMSBR

Continuing Down Under, where Wallabies fly-half Quade Cooper caught our attention once again with this unbelievable offload.

In Wales, Scarlets have announced that several of their players and backroom staff will be leaving the region. Amongst them is head coach Brad Mooar, who is returning to New Zealand to join the All Blacks coaching staff, and he bid farewell to the Scarlets faithful with this classy message.

A farewell from Brad #Scarletsfamily

It was legendary All Blacks wing Jonah Lomu’s birthday last week and, along with millions around the world, we celebrated it with this brilliant video from World Rugby.

🇳🇿 Jonah Lomu would have been 45 today. What a player. 💪 pic.twitter.com/nq7TvoVnPB

We also turned back the clock to celebrate this outstanding five-pointer from the Stormers – one of the best team tries in Super Rugby history.

Meanwhile, Bristol Bears shared this moment of magic from their flyer Luke Morahan during his time with the Reds.

Just your daily reminder that @Ljmorahan has always been really good at rugby. 👏pic.twitter.com/h60gmPndsp

BBC rugby commentator Andrew Cotter and his dogs, Olive and Mabel, are back again, after amusing us with commentary over their dinner and a battle for a rubber bone in previous weeks. This week, Cotter keeps us entertained with this hilarious online meeting between him and his furry friends.

Elsewhere, the World Rugby guys came up with this brilliant TikTok video to illustrate some of the characters of the game.

Tag a teammate who is one of these rugby characters 🏉

“He suddenly developed a Welsh accent even though he’s from Surrey”@TomShanklin and @davidflatman reminisce about each other's first international call-ups. Watch their full #BetweenTheLines podcast with @seanny202: https://t.co/eAulwnkWYA

While the guys at the Eggchasers podcast believe former England fly-half Jonny Wilkinson will be a dead ringer for Metallica singer James Hetfield in 20 years time.

TOP TIP. If you ever wonder what Johnny Wilkinson will look like in 20 years time…simply look at a photo of Metallica front man James Hetfield. pic.twitter.com/HdUz2EDYss

And finally, kudos to Harlequins and England front-row Joe Marler, who made this Quins supporter’s day when he called her during lockdown.