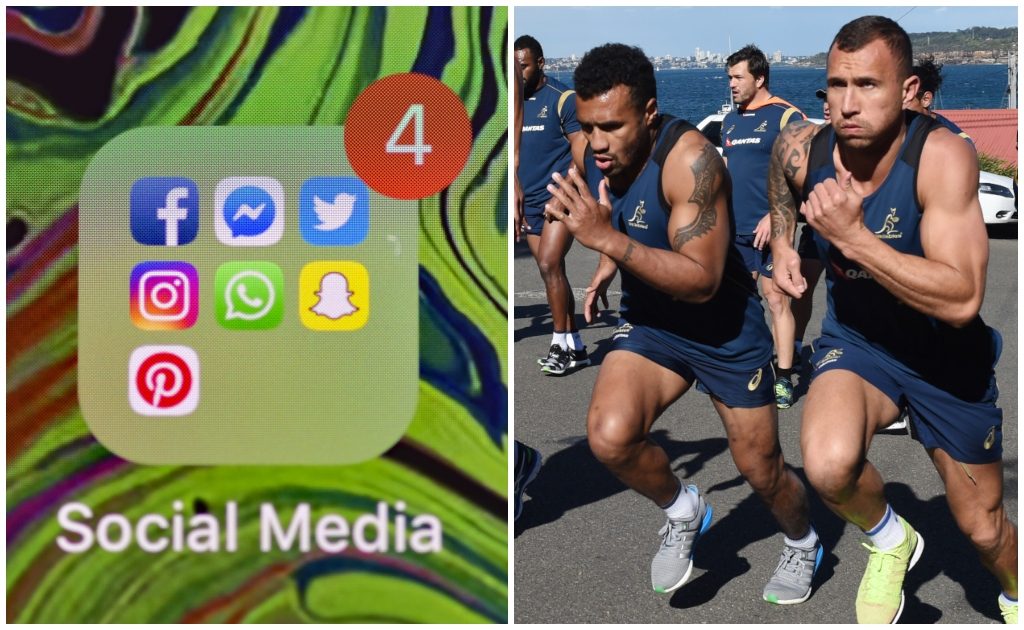 We start in the southern hemisphere at an Australian rugby match where a child wanders onto the field. Instead of pausing the game and removing the child from the field, the players let the young rugby fan run with the ball and even pretended to tackle him. The boy’s outing ended in five points right under the sticks (with a little helping hand).

Marcus Smith is basically the same size as that young lad but it doesn’t show as he continues to produce match-winning moments.

🖼 Hang them in The Louvre 👟 pic.twitter.com/MFxkQqkIsC

Another talented 10, Finn Russell, played his part in Racing’s win on Saturday, but it was wing Teddy Thomas who showed off his footballing skills in this try.

You can always rely on Racing 92 to turn on the style! ✨

Meanwhile, in space… a rugby ball shaped exoplanet has been found. Is this a sign from the universe?

1/ Not all planets are spheres!

The deformation – caused by strong tidal forces between the planet and its host star – was spotted by #Cheops 👉https://t.co/2gJ7JB70JT pic.twitter.com/23cXlaMtyv

University teammates turned pro, Alex Dombrandt and Luke Northmore, re-signed with Quins this week. The pair are inseparable when it comes to rugby!

Elsewhere, the latest rugby game has been teased on social media, with the release announced for January 27. Will you be buying this instalment?

Get ready for the next step in sports simulation in Rugby 22!

Play as the top clubs, compete in official competitions, and dominate the field, using set plays and formations to claim victory.

England U20 and Saints player George Hendy showed off his flair for the camera with an audacious drop goal in training.

Slap, kick, lunch 😂
All in a day's work for England U20 and @SaintsRugby player George Hendy. pic.twitter.com/fHUGCSDboL

In Japan, these commentators’ worst nightmare came true after these kits were worn against each other in League One.

Is this the worst kit clash ever?

The Red Dolphins (dark blue/red) took on the Skyactivs (black/red) on the the opening weekend of the new Japan Rugby League One.

Absolutely no idea how the ref or commentators managed to differentiate them at a distance. pic.twitter.com/IJnUihlbIz

Continuing in Japan and Quade Cooper and Will Genia’s chemistry ignited once more.

Just like old times 🤝@QuadeCooper starts it and Will Genia finishes it for @liners_players in the opening round of @LeagueOne_JP pic.twitter.com/FLFaY46NuB

Elsewhere, we loved this idea from Squidge.

For the remained of his time at @londonirish, I shall be donating £1 to the @survivorstrust for every point @paddyjackson10 scores.

My reasoning is below. I’d like to invite London Irish to do the same. pic.twitter.com/nHkCSrKMOa

And finally, even rugby joined the meme game for Novak Djokovic, playing on the fact that there are reportedly a few vaccine sceptics in the Exeter squad.