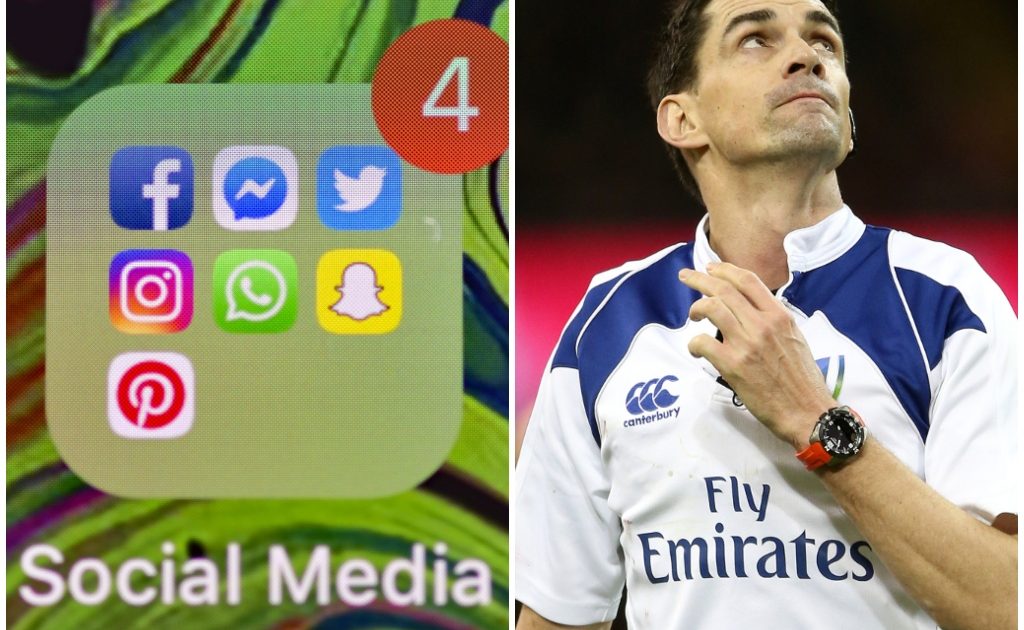 Where else to start but the Six Nations game in Cardiff? Twitter was awash with memes and we kick off with this Ant and Dec image about that memorable moment.

Everyone was talking about referee Pascal Gauzere as even Specsavers saw the funny side with this post, as they pretended they were being contacted by followers.

Who is Pascal Gaüzère and why are hundreds of people trying to get him an emergency eye test with us?…

We also joined in with this Leonardo Di Caprio meme at half-time at the Principality Stadium as Welsh fans must have been delighted going into the interval ahead.

Of course Wales went on to win the game in style and there’s been lots of material used on social media since, with this Louis Rees-Zammit image doing the rounds.

Four tries, 40 points, a Triple Crown and top of the @SixNationsRugby table, you say?#WALvENG pic.twitter.com/jswnhFwDsg

The result leaves the Welsh with the Triple Crown in their hands and Balls.ie posted this old corker from Come Dine With Me, with England playing the unhappy host.

Before Saturday’s matches, bookmaker Paddy Power teamed up with impersonator Conor Moore as he did his best Andy Farrell and Eddie Jones. These are amazing.

Six Nations returns this weekend, so Eddie Jones and Andy Farrell have offered their thoughts, courtesy of @ConorSketches… pic.twitter.com/GIVqDAXJ4O

It wasn’t just at the Principality Stadium that there was controversy as in Rome a nailed on try for Iain Henderson was somehow missed by both referee and TMO.

Ref “My TMO has checked it”

After Ireland’s impressive victory in Italy there was a moment many debutants dread, as scrum-half Craig Casey sang a song in front of his team-mates. Not bad at all.

Craig Casey belted out this Wham! classic BEFORE his post-match chat 🙌

Sound teammate Jamison Gibson Park covered for him while he was crooning away pic.twitter.com/scXzzBafoN

It wasn’t just in the northern hemisphere rugby was being played as Super Rugby Aotearoa kicked off, with this haka from the Highlanders worth watching again.

What a way to kick off #SkySuperRugbyAotearoa @Highlanders 😍

Reds tighthead prop Taniela Tupou was clearly feeling in mischievous mood on the bench as the Wallaby forward wound up his team-mates with a few nose picks.

What you doing Taniela Tupou? 😂 #REDvREB

Start your 30 day free trial of the Stan Sport add-on now, for a limited time. pic.twitter.com/ibVg2XbANg

Elsewhere, we thoroughly enjoyed new Western Force back Rob Kearney being mic’d up against the Brumbies. The ex-Ireland international looks to be a real leader.

Rugby Heaven is live Tuesdays at 8PM AEDT, only on Stan Sport. pic.twitter.com/oSmD3rx5GP

And finally, earlier this week amid the build-up to the Six Nations weekend, the draw for the 2023 Rugby World Cup certainly turned some heads. What an opener?