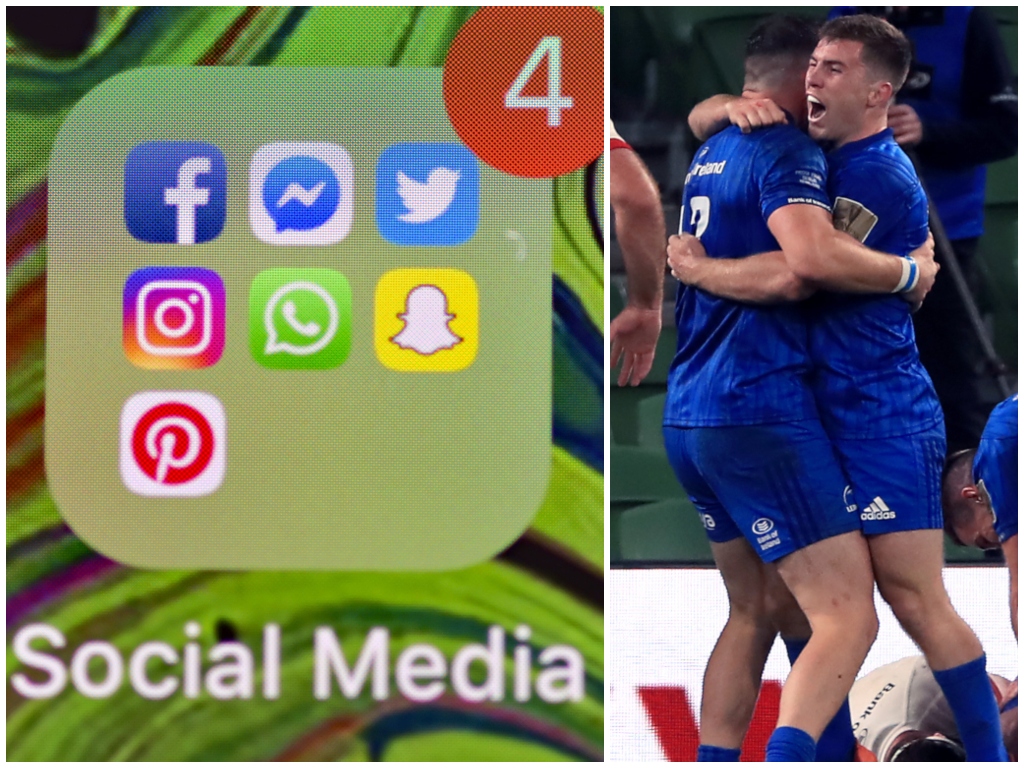 We of course start with the PRO14 final as Leinster claimed their third successive triumph. They produced another clinical display but they were stunned early on by this superb score from Ulster.

Leo Cullen’s men regained their composure, however, and this try from Robbie Henshaw, which helped the Dubliners go 20-5, was the clincher.

WHAT A READ 🤯@henshawrob intercepts and @leinsterrugby go further in front 👊

Following the final whistle, the discussion centred on the achievements of Leinster and Cullen, who has enjoyed unprecedented success as both a player and a coach.

Away from the PRO14 and we delve into the Premiership action that took place in midweek. There was another thrilling performance from Bristol with Piers O’Conor’s try particularly special. Of course, the Bears’ brilliant social media team got to work as a result.

📶 "Siri, show me something outrageous."

Bristol director of rugby Pat Lam wasn’t happy ahead of the Saints match, though, following the incident involving Siale Piutau the previous Friday. The centre was handed a three-match ban for punching Andrew Kitchener but Lam was angry that they received the same punishment.

"You've got to have self-defense. You should be able to defend yourself if someone attacks you lie that."

"Things have got to change…" pic.twitter.com/8q9xCbhLy2

Worcester boss Alan Solomons also had his say and completely disagreed with Lam’s comments, stating that it was Piutau who was the instigator.

"Siale Piutau was the instigator of the incident. He's a strong, experienced player, he seizes the initiative and grabs Andrew Kitchener."

"The punishment for both players is appropriate. You can't seek to undermine it."

The other controversy involved England captain Owen Farrell, who was sent off and banned for a shocking tackle against Wasps. It, of course, led to plenty of this on social media.

There were plenty of serious comments, however, and many couldn’t quite understand why charity work was used as a defence for his high shot on Charlie Atkinson.

It’s extremely silly that Owen Farrell’s charity work – hugely laudable though it is – is judged to have any bearing on his punishment for reckless and dangerous on-field behaviour.

Rugby is such an odd sport. https://t.co/abXDtWSkJ9

Just seen the @owen_faz tackle, yes bad one,he didn’t miss👀 but it happens so don’t hang him out to dry. He’ll take the punishment and learn from it. That edge he has in him is what makes him special. He knows he has to control it. #tinhaton

As mentioned earlier, Premiership teams are having to play midweek matches and Harlequins’ Joe Marler has been very outspoken over the gruelling schedule.

Elsewhere, the Top 14 has started and there was a nice story involving Kurtley Beale (this was before he got sent off on his debut) as the ex-Wallaby playmaker voluntarily took a pay cut, in line with his team-mates.

They say he went to Racing 92 management after joining and asked for his salary to be decreased in line with the cuts his new team-mates had already taken due to financial pressures caused by Covid-19. pic.twitter.com/crDhq32ry9

Continuing the Racing 92 theme and Scottish fly-half Finn Russell was in sparkling form for the Parisians on Friday, producing two stunning assists.

With the same names cropping up on the highlights, it was unsurprising that South Africa’s Cheslin Kolbe joined the party when playing for Toulouse on Saturday.

Toulouse are at it again……. pic.twitter.com/FAKNUtmUDf

Back on Twitter after 15 years. No fighting, cheating or biting, please. Time on.

…And, to a sense of trepidation, Barnes came back to see that he had racked up the followers.

Logged back on to discover 22k people are now poised to disagree with my decisions. Can’t wait.