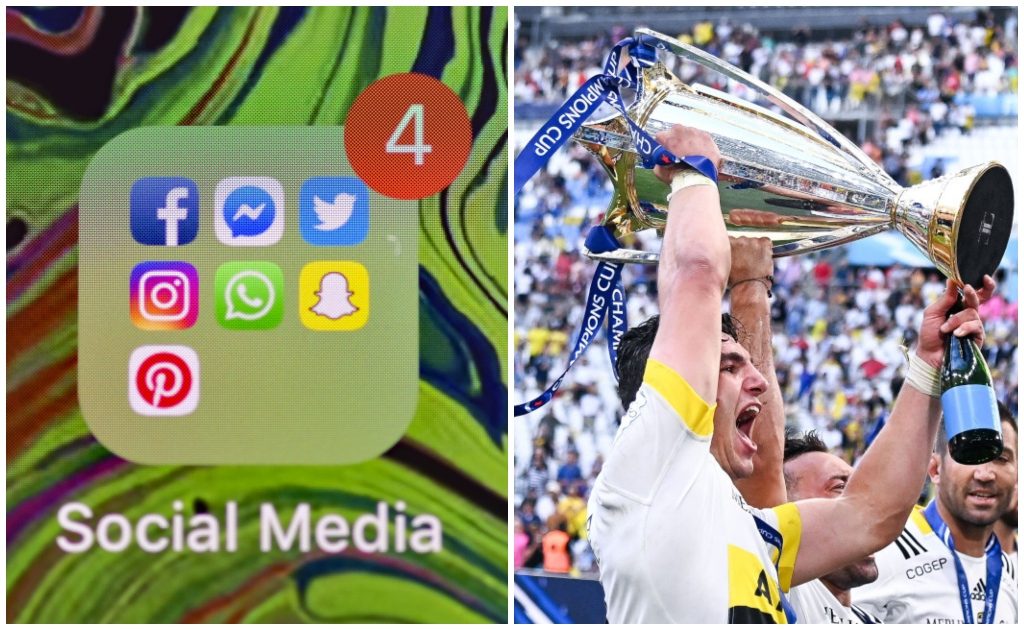 First up, it’s the Champions Cup. SCENES! What a moment it was as La Rochelle claimed their first-ever major trophy. What a joy to watch the celebrations following a brilliant game of rugby.

This post predicts how the monstrous former Wallaby Will Skelton would manage the heat in the Champions Cup final. But, contrary to the humour, Skelton produced a blockbuster performance in La Rochelle’s win over Leinster.

Skelton will be dead on his feet after 20 minutes. It takes a lot of oxygen to haul 22 stone around a rugby pitch normally, when the temperature is supposed to be 31° it's going to be absolutely brutal pic.twitter.com/Ihn7Ym2LYu

Matthias Haddad takes more than just Leinster’s dreams as he walks off with the corner flag.

Meanwhile, there was plenty of attention off the pitch as some questioned Austin Healey’s attire.

“Made me buy a Leinster scarf.” This brilliant parody takes the viewer through Johnny Sexton’s and Ronan O’Gara’s love story as two of Ireland’s best fly-halves battle for recognition between each other. Moving stuff.

Elsewhere, a massive moment in rugby as an all-female referee team is announced for the 2021 Rugby World Cup, being played in 2022. The women’s game continues to grow in stature and has been making massive strides in recent times.

Congratulations all 🙌
All-female team of referees to take charge of Rugby World Cup 2021 via @RugbyWorldCup https://t.co/0OdxNDHstt

Not much beats the sheer joy on the faces of these children who are meeting their England heroes. Rugby = community.

The look on these kids faces when they got to meet the England Men’s team 😃@O2 | #WearTheRose pic.twitter.com/ifyaSoIGS3

Fancy a string of liquorice Ellis Genge? The Leicester Tigers man goes all-in on his laces as he sorts out his boots.

Callum Sheedy with a piece of play that should have him locked up. Pure brilliance from the Bristol man as he rolls one out the back door after leaving the defender looking for coins on the floor.

This video contains scenes some viewers may find disturbing 🔞

In New Zealand, another week, another drop goal. Zarn Sullivan, it is this time to snatch the win for a weakened Blues outfit in the final round of Super Rugby Pacific‘s regular season. This team always seems to find a way to get it done.

Former Wales speedster Shane Williams has laid down the challenge to Michael Phelps as he looks to get into triathlon. He could probably still sidestep underwater.

Michael Phelps is sh*#ting himself! 😉🤣 Not my most comfortable discipline but determined to get as good as I can! @IRONMAN_Wales @IRONMANtri 🏊‍♂️ 🚴🏻 🏃‍♀️ @agilissport @HUUBDesign pic.twitter.com/kma5TOa30q

READ MORE: Champions Cup: ‘Devastated’ Leinster had the chance to claim the title but could not capitalise on their lead