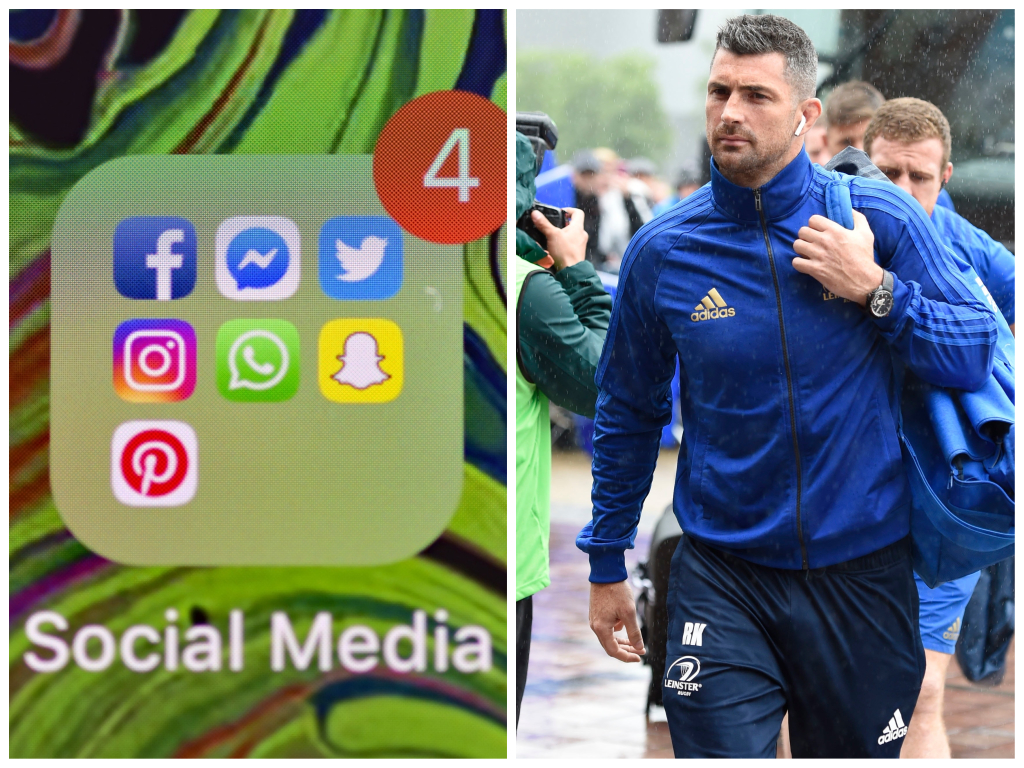 We start in the Premiership where Sale Sharks back-row Ben Curry caught many by surprise as he showed a superb turn of speed to outpace Harlequins full-back Mike Brown. However, Sale’s tagging of the England international did not go down well with Brown.

Nice humility 👍🏼
Well done to your players for the win, well deserved. Luckily you’re not a representation of how they are.

Staying in England where Exeter Chiefs’ experienced fly-half Gareth Steenson put things into perspective with this post-match interview following his team’s Champions Cup semi-final win over Toulouse. The Chiefs are now closing in on a possible double.

"I never thought i'd be here to see that kind of a day."

From the Championship to the @ChampionsCup final! 🙌

Meanwhile, after the other Champions Cup semi-final, Saracens’ veteran scrum-half, Richard Wigglesworth, gave this heart-warming interview following his side’s defeat to Racing 92. It’s surely an emotional time for the club at the end of this special era.

"I've played with legends over the years, but even better blokes." ❤️🖤

An emotional @rwiggy9 speaks as he approaches the end of his decade stay at @Saracens…#HeinekenChampionsCup pic.twitter.com/F0xkniurE8

Staying with the emotional theme, where Irish Rugby paid tribute to the country’s most decorated player, Rob Kearney, after he announced that he would be leaving Ireland and his province, Leinster, after a 15-year spell. We wish him well with whatever comes next.

It was a fond farewell for the 34-year-old and Leinster also celebrated the full-back’s career with this outstanding video that was shared far and wide.

The best of luck with the next adventure. 👊 pic.twitter.com/aLf2v1EaI4

Heading Down Under where former Wallabies fly-half Quade Cooper held his nerve while taking a Covid-19 test. His caption caused a few chuckles.

Damn. At least could have offered to buy me a drink first 😭 pic.twitter.com/DpVFGi2bCQ

Elsewhere, in New Zealand, there were jubilant scenes in the Mitre 10 Cup on Saturday night as Hawke’s Bay captain and hooker Ash Dixon crossed for a try against Canterbury in Napier, after the full-time hooter had sounded. That score clinched his team’s first victory over the Cantabrians since 1983.

IT'S NOT OVER UNTIL IT'S OVER 🔥 🔥 🔥 🔥
Hawke's Bay take their first victory over Canterbury since 1983! pic.twitter.com/ynTEylJlql

More Mitre 10 Cup action, as Wellington hooker Tyrone Thompson announced himself with a try on debut against Bay of Plenty. Remember that name!

This is absolutely outrageous

In South Africa, the game made its return with Super Fan Saturday in which the Bulls took on the Sharks and the Stormers faced the Lions in a double-header at Loftus Versfeld. New Bulls head coach Jake White was clearly much happier after his team’s triumph against the Sharks than before that encounter.

And finally, we stumped a few of our readers this week with this picture of former Wallabies lock and captain John Eales lining up a shot at the uprights.