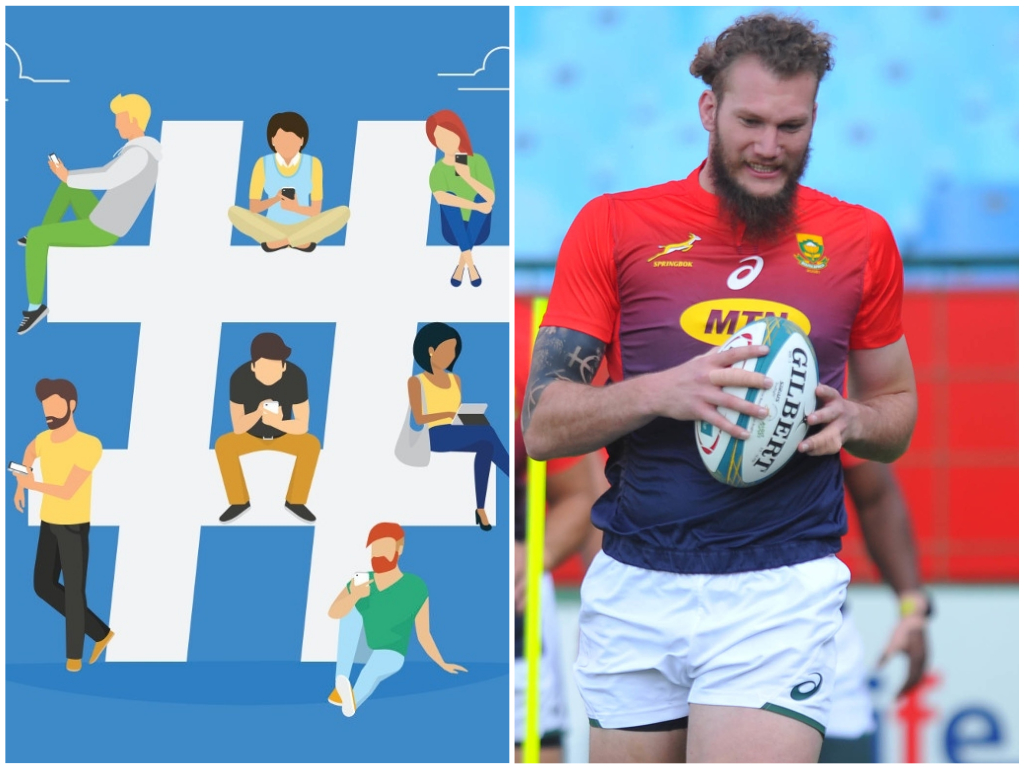 We start in Auckland where Blues flyer Caleb Clarke caught the eye with this superb run before setting up Rieko Ioane for a try in their win over the Highlanders.

😮 Try of the Year contender?

Clarke’s brilliant attacking display was rewarded as he was named the Most Valuable Player in that game and he gave an emotional post-match interview, after his grandfather passed away earlier in the day.

"Just wanna give all the honour and glory back to God. That was dedicated to you Grandpa" – Caleb Clarke, our MVP 💪 pic.twitter.com/8O8JU9GY29

That match at Eden Park led to a reunion of sorts for these three All Blacks greats.

Meanwhile, Ugo Monye certainly left former Harlequins team-mate Danny Care with egg on his face in this conversation about their footballing loyalties.

Elsewhere, Leicester Tigers came up with this entertaining video to announce their recruitment of Australian utility back Harry Potter.

Former Ireland and British & Irish stalwart Keith Wood was not your average hooker and he could match some of the game’s best backs with his kicking ability.

Wood had a spectacular skill set – certainly something for other forwards to aspire to. pic.twitter.com/GmmzUoeoFR

Staying in Ireland, Springbok second-row RG Snyman is finally in Munster colours and he showed his strength as he lifted a Wattbike with ease.

In New Zealand, the prospect of a cross-code Test against Australia’s Kangaroos seemed to surprise the All Blacks.

With the Hurricanes having a bye in Super Rugby Aotearoa, it was good to see Ardie Savea playing club rugby for Oriental-Rongotai in Wellington.

And finally, former New Zealand international cricketer Brendon McCullum laced his boots on the rugby field in a rather wet Waikato club game on Saturday.

Good to have a run around on the footy field yesterday. The boys got the job done 22-20 in a real good battle. Roll on next week 💪🏻🏉 pic.twitter.com/8ycMNP4VXc