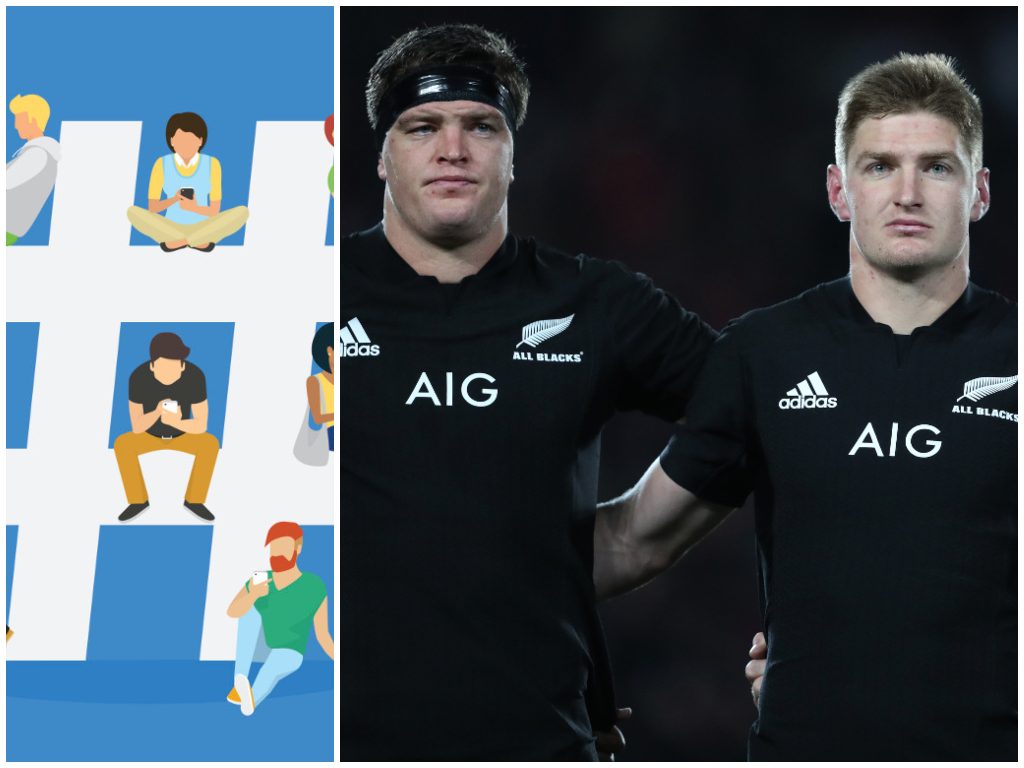 We kick off with a wonderful family argument in New Zealand as these brothers sort out who is which Barrett. We love the end here.

These young brothers arguing over which Barrett they are is hilarious 😂🇳🇿#ITVRugby pic.twitter.com/XpZkV1Ztkx

Speaking of parenting and referee Alexandre Ruiz found it very difficult to get a response from Northampton’s Dan Biggar on Saturday.

When the teacher calls your name and you pretend not to hear… 😂#HeinekenChampionsCup pic.twitter.com/jv1SBdzsIK

This moment from Ruiz also brought back memories of that classic Alan Partridge moment for those who enjoyed the BBC programme.

Staying with the Champions Cup and Racing continued to show their ability to score from anywhere with this superb Teddy Thomas try.

Wonderful handling, creative play, what more do we need to say… 🤷‍♂️

Of course things were made easier for the Paris side after Ospreys full-back Dan Evans was sent off inside the first minute. Correct decision?

A red card after just 37 seconds!

Switching focus to Sevens and Quadzilla made his series debut and needless to say the TV cameras were focussed on Trae Williams’ legs.

These two Australians were talking all things XVs though as Matt Giteau with Bernard Foley enjoyed a catch-up over a beer. Good to see.

It was also a touching moment in the Sevens as New Zealand joined Samoa in paying tribute to those affected by the recent measles outbreak.

Samoa and New Zealand join together in solidarity ahead of their match in Dubai, to pay tribute to the victims of the measles outbreak in Samoa pic.twitter.com/sPCgfDNhpv

Switching to the Women’s game and this was truly excellent defence from France’s Camille Grassineau as she never gave up the chase.

But it was New Zealand who were celebrating in the Women’s competition as they battled past Canada 17-14 in the final in Dubai.

Finally, here’s both the Men’s and Women’s champions in Dubai as Cup winners South Africa join New Zealand to enjoy the moment.