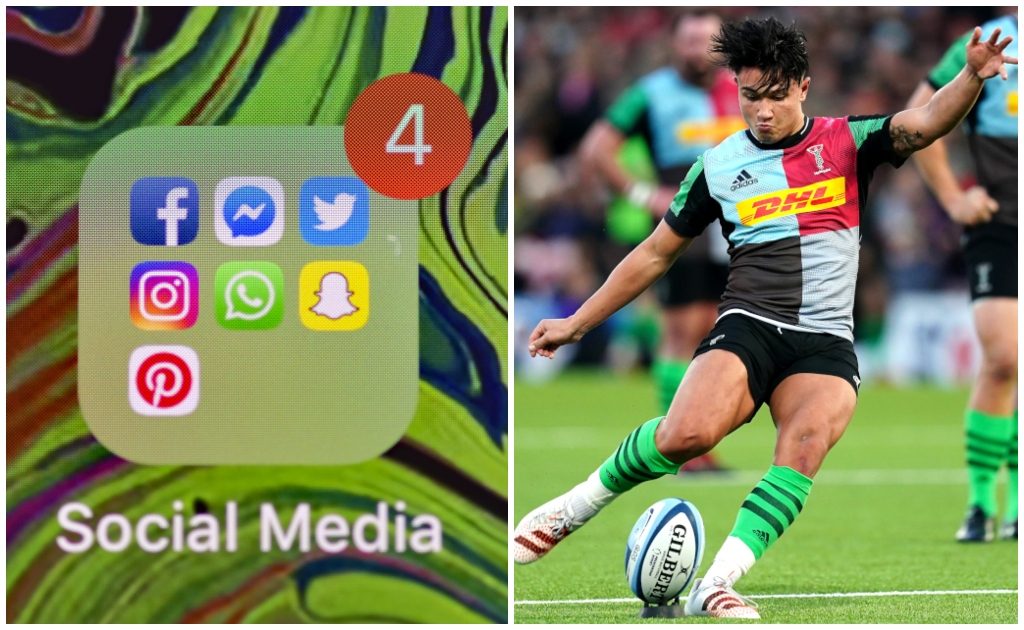 We start with the enthralling Premiership clash between Harlequins and Exeter Chiefs, where Marcus Smith was once again the toast of the Twickenham Stoop in the 14-12 triumph.

Those @Harlequins do it again! 🃏

Trailing with two minutes to go, Marcus Smith's kick-pass connects with André Esterhuizen for the try.

Of course, Smith nails the touchline conversion to win the match ✨#GallagherPrem pic.twitter.com/GKUGMoJK19

Exeter battled valiantly but couldn’t hold onto the win, unlike Munster, who managed to defeat Ulster despite having Simon Zebo sent off for this poor tackle.

Munster down to 14 men against Ulster after Simon Zebo's red card – but only after referee Mike Adamson changes his mind after being talked around by the TMO. #RTERugby #RTESport #URC #MUNvULS

There was also plenty of Top 14 action and the funniest moment came when Demba Bamba had his shirt ripped off but continued playing on by getting back into the defensive line.

Meanwhile, London Irish did a Jordan Belfort-style video to announce the re-signing of their hooker Agustin Creevy.

Creevy has already been on top form this week after securing the title of World Rugby’s fastest darts player on Monday when he defeated fellow hooker Jamie George by five seconds.

LET'S. PLAY. DARTS! 🎯@J_George2 and @agustincreevy are at the oche to see who can complete Around The World in the quickest time ⏱ #UltimateRugbyChallenges pic.twitter.com/3VGpJjoaee

Elsewhere, Welsh home games in the 2021 Six Nations are set to be played behind closed doors due to Covid restrictions and Louis Rees-Zammit was not best pleased.

Rugby is nothing without fans 🙄 make this happen!! 😩 https://t.co/KPQAy89KZI

Fellow Welsh international wing Josh Adams was swift to back up his team mate. Sadly, the only other option for Wales at the minute is to move their home games to England where they would be allowed a crowd – the Tottenham Hotspur Stadium is rumoured to be in the mix for this.

I’m with you mukka

Down in the English Championship, a strange but dull phenomenon occurred. Jersey Reds’ clash with Bedford Blues saw a stretch of play following a kick-off where there were 17 (yes 17) back-to-back kicks before play went dead after a knock on. Credit is due to those fans who stayed awake for the affair.

Sharks (SA) team owner, Marco Masotti, voiced his confusion at why Sale Sharks share the name shark and designed them an odd new logo. Perhaps ‘Tuna’ may not be the most logical substitute due to the lack of them in the River Mersey!

How many shark species are there in Sale? Does not make sense. There is only one true @SharksRugby team. If @SaleSharksRugby really wants a large fish, how about Sale Tuna? I came up with a new logo! #saletunarugby #oursharksforever pic.twitter.com/VWvQ60LPum

Masotti then put aside his grievance to wish the team good luck in their upcoming fixture.

Best of luck to the Sale Tuna tomorrow against Bristol Bears. Go Tuna!!!

During Sale’s game with Bristol on Friday, history was made as Wayne Barnes took charge of his 250th Premiership game, the first person to ever reach that feat. Congratulations Wayne!

-Standout moments
-What has changed?
-Love of the game

Congratulations to one of the best to do it! He spoke to @Sarraelgan ahead of reaching an historic landmark… pic.twitter.com/Ypx0VC5gv7

On the other side of the world in Japan, Bernard “the ice man” Foley lived up to his nickname once more after nailing a place kick using a makeshift snow tee.

Rugby songs can be heard in most winning changing rooms across the world to celebrate, but Moana Pasifika have found a better use for them – to motivate the team before a big lifting session.

Finally, Blues player Caleb Clarke reacted the same way the fans did to the news that they had signed Roger Tuivasa-Sheck. The code-switching star will look to break into the All Blacks team having captained their rugby league equivalent before making the change.