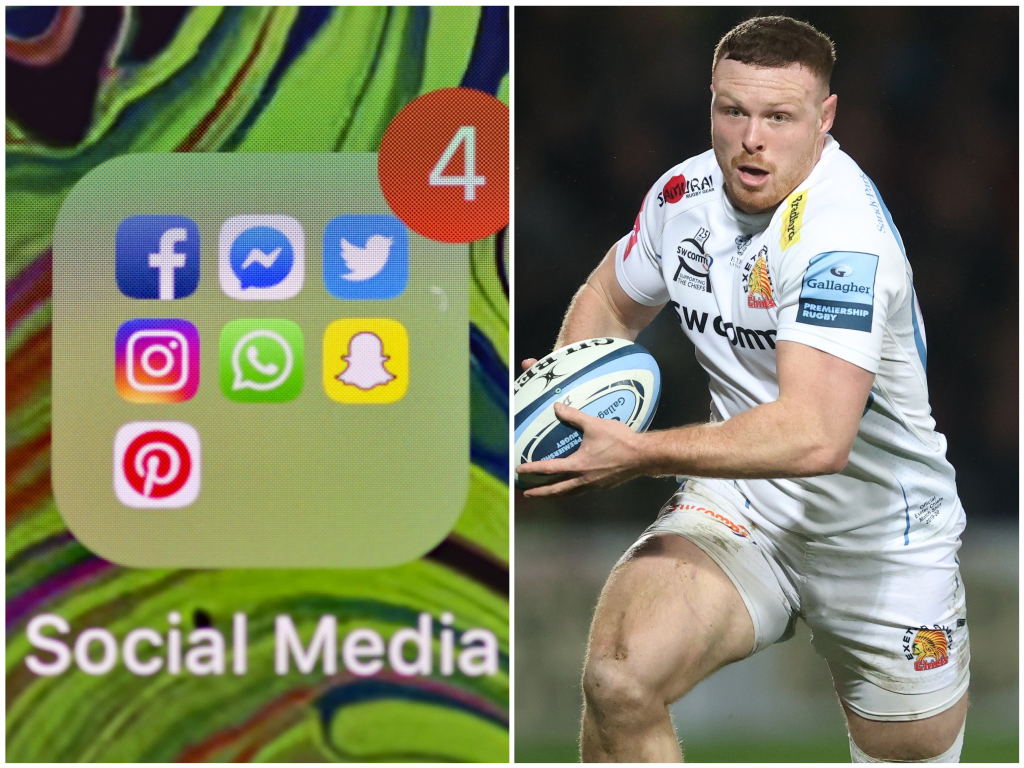 We begin in England where the Simmonds brothers, Sam and Joe, combined brilliantly for this try scored by the former as Premiership champions Exeter Chiefs kicked off their title defence in style with a comfortable win over Harlequins.

Sam Simmonds picking up exactly where he left off! 🔥

The older Simmonds finished that match with a hat-trick of tries and his Exeter team-mate Jack Nowell reckons this was his reaction after that feat.

Despite being in red-hot form, Simmonds is not in favour with England head coach Eddie Jones, but Dragons and former Wales and British & Irish Lions centre Jamie Roberts feels the back-row could do a job for the famous touring team in South Africa next year.

Sam Simmonds could well end up starting for the Lions and not get picked for England!

And while we’re on the topic of great tries… At Twickenham, Jonny May lit up England’s Autumn Nations Cup encounter against Ireland with this incredible score. Well done, Jonny!

This reaction to May’s five-pointer is pretty accurate.

What an individual score from Jonny May!!! pic.twitter.com/EeEJFXtAah

Meanwhile, on the other side of the world, this Argentina fan shed tears of joy when Pumas skipper Pablo Matera made his day with this wonderful gesture, after the South Americans’ 15-15 draw with the Wallabies.

This kid's reaction to meeting Pablo Matera and getting his jersey 😢 pic.twitter.com/F7emcbscTL

Staying Down Under, where former Wallabies fly-half Quade Cooper revealed to Will Greenwood’s Podcast how he started uploading his popular viral passing videos during lockdown.

One of the wizards of our game @QuadeCooper talks about his future ambitions, life in Japan & his viral passing videos during lockdown.

I asked him if the next “trick” might not involve me almost dislocating my shoulder while trying to copy!

With the British and Irish Lions’ tour to South Africa drawing ever closer, the excitement is almost palpable for Greenwood as he showed us his Lions jersey in this video.

The percentage says it all!😂 pic.twitter.com/K1TrfxNWxF

And finally, we took time out last week to commemorate rugby’s first global superstar, Jonah Lomu, who passed away on November 18, five years ago. Rest in peace, Jonah.