Home Barbarians Sunday Social: Forwards kicking, basketball in the England camp and dog for a defender 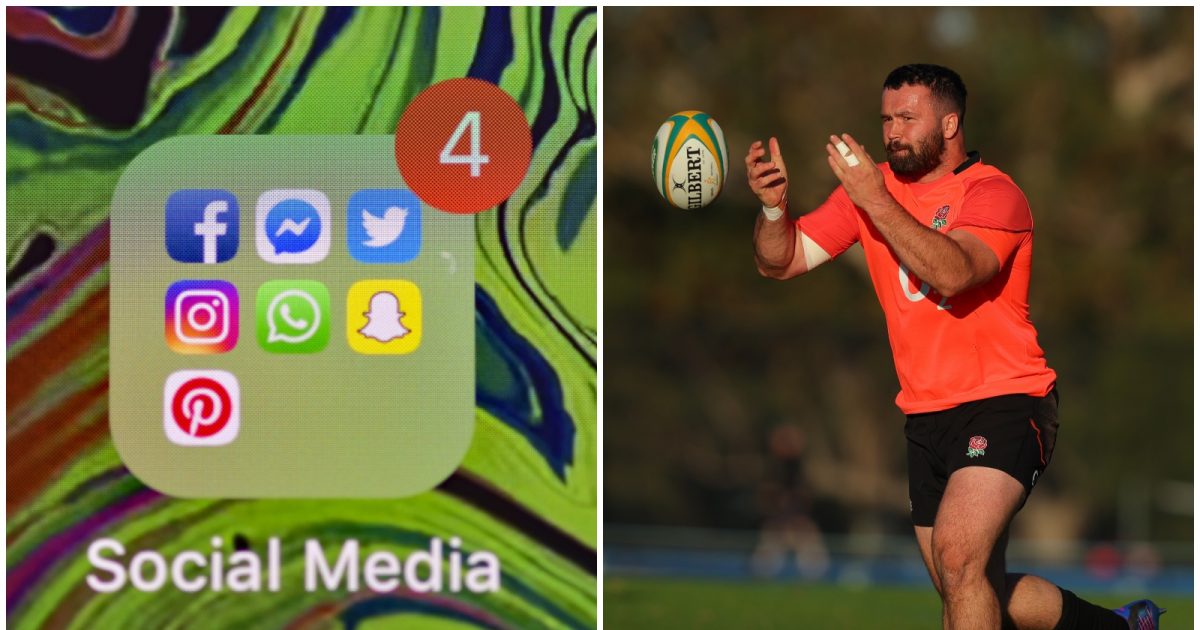 First up George Kruis’ extraordinary kicking performance for the Barbarians against England last week has started something… Although it is not the first time a forward has kicked for the Baa-Baas, the former Red Rose inspired fellow lock Devin Toner to bring out the kicking tee against Spain on Saturday.

Devin Toner had a crack off a conversion for the Barbarians against Spain, his last game before retiring.

Kicking conditions were poor and pretty sure the ball and tee were in very bad nick too. 😜#BigDev pic.twitter.com/E2mBnKTcAV

Toner wasn’t the only Barbarians forward kicking at goal in that match. This time it is Tom Wood who channels his inner Kruis and slings one at the posts. Again, Kruis’ effort pioneering new skills for forwards, with Wood finishing with two successful kicks.

After that clash against Spain there was some lovely footage showcasing exactly what the Barbarians and rugby are all about. Togetherness and comradery after throwing the kitchen sink at each other for 80 minutes. It truly is more than just a sport.

That rounds off a successful tour 😎

Thanks for a great week @ferugby 🇪🇸 #Baabaas #rugby pic.twitter.com/ghfOahR1cR

Nothing like a bit of seawater to boost recovery. England take a dip after training as they gear up for the scintillating series against Australia down under.

A first dip in the sea on recovery day 🌊@O2 | #WearTheRose pic.twitter.com/tYRcrDdcWh

Nothing but NET! This is a ridiculous effort from loosehead prop Bevan Rodd in the England camp, a backwards three-point shot that goes straight in. Morale in the England set-up is looking high with the Wallabies on the horizon. Will performances follow?

One for the Leicester Tigers fans as the Premiership trophy takes a stadium tour at Welford Road after they spectacularly claimed the title last weekend.

Stormers captain Steven Kitshoff has grown into a tremendous leader after steering his side to the United Rugby Championship title. Here he is addressing the fans and connecting with the people of Cape Town. Brilliant from Cape Town and the Stormers.

Meanwhile, in Major League Rugby, it is Rugby New York claiming the title. Here is the side celebrating with the title in the changing room. The league has grown tremendously and continues to do so. It will be interesting to see the league’s makeup in a few years.

In France there was another champion side crowned as Montpellier got the better of Castres on Friday. Here’s the retiring Guilhem Guirado celebrating.

Lock him up! This lad nearly dislocates his shoulder through an excess dummy, sending the defenders to shops. Excellent effort, and he is over for the try.

Master of discipline! This veteran prop hilariously loses it with his teammate, who is ready to throw handbags at an opposition player at a ruck. Brilliant man-management from the old stager here, showing he has a job in the coaching structures in the future.

When an old prop has had enough of the new rookie in the team 😂#Rugby pic.twitter.com/X8VWd2gaM1

Finally, superb line speed and posture in defence from the player in black! A dog hilariously joins a game in New Zealand, almost making three phases before the game is stopped. That is clearly not that dog’s first rodeo. Every dog has its day, indeed.

Every dog has its day. This one holding up the Hamilton Hawks attack against Nelson Bay in #Hunter_Rugby #dogsoftwitter #Rugby pic.twitter.com/X3swJKVvvm

READ MORE: South Africa v Wales: Five storylines to follow including the Springboks’ much vaunted physicality and a long month ahead for Wales