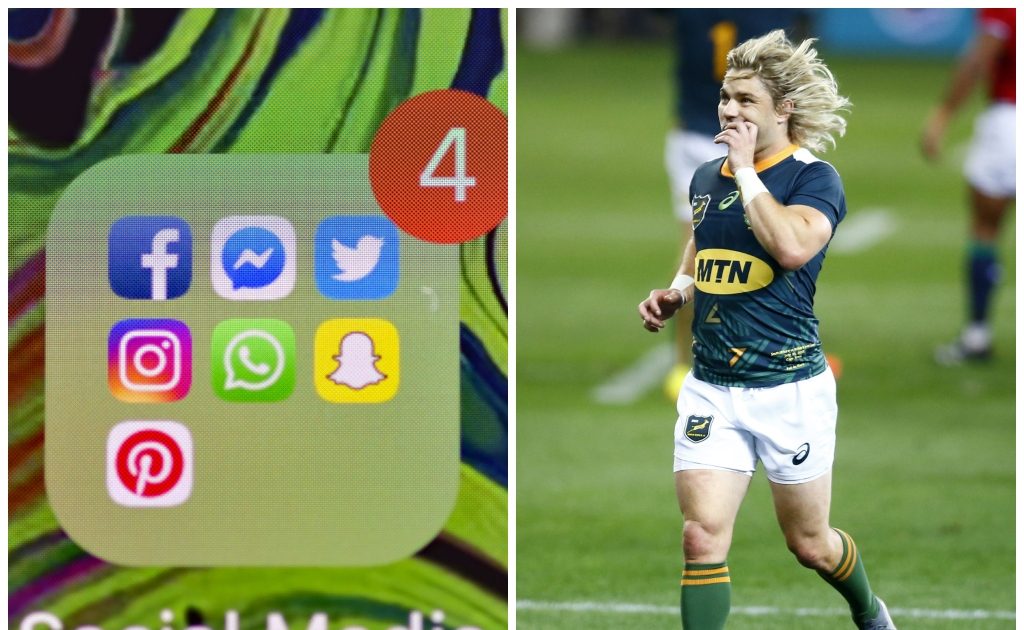 We start with Wednesday’s game between South Africa ‘A’ and the British & Irish Lions where scrum-half Faf de Klerk went all teenager at his first mosh pit.

😆Faf de Klerk like a drunk 13 year old attempting to mosh at his first gig. pic.twitter.com/6F5wLXRrWN

Before the match, team selection from South Africa ‘A’ felt like we were looking in a mirror as it was stacked with Springboks as they edged the Lions 17-13.

It was a rude awakening for the Lions in that game as their hosts got right back up to Test match speed, with Cheslin Kolbe of course showing class is permanent.

Cheslin Kolbe hit ‘em with the show and go 🔥

One player for the tourists who did his chance of Test selection no harm whatsoever was flanker Tom Curry. Here’s Max Lahiff’s funny praise of the back-row.

This week also saw the unbelievable story that Alun Wyn Jones would be returning to the touring squad. Will Greenwood revealed just how incredible that is.

I have had 6 shoulder reconstructions in my time so it was my absolute joy to ring my surgeons (you read that right surgeons) so I could bring to life what happens with a dislocated shoulder or partial dislocation… @lionsofficial @SkySports Alun Wyn is a Titan! pic.twitter.com/QPXug5LNAE

Amazingly the comeback was complete on Saturday when Jones came off the bench against the Stormers, with World Rugby tweeting how brief his absence has been.

It’s led to former Bath and England prop David Flatman questioning whether second-row Jones is in fact T-1000 from the classic Terminator 2 film of the 1990s.

If Alun Wyn Jones plays rugby this weekend then we need a specialist team to investigate if he is indeed the baddie made from mercury in Terminator 2.

I just take this all as confirmation Alun Wyn Jones is going on the 2029 Lions tour.

Elsewhere on Saturday there was controversy as Australia wing Marika Koroibete was sent off against France. That decision didn’t go down well with many fans.

Incredibly the Wallabies would go on to win the game 33-30 with 14 men for 75 minutes, but the try of the match went the way of France. What a score this is.

🇫🇷 WHAT A TRY! 🔥 #AUSvFRApic.twitter.com/UD6AwTbIaN

South Africa ‘A’ were in action again too as they arranged a clash with the Bulls. Few were expecting the latter to win this one and here’s the new joke rankings.

The Lions also got their last bit of rugby in before the Test series, with several players, such as second-row Adam Beard, putting their hands up for selection.

Buying shares in Adam Beard before this tour would have been a bit like buying Bitcoin in 2010.

He is making a name for himself. Success story of the tour so far.

Warren Gatland’s men won 49-3 as the forwards contributed the majority of their tries. One thing that did not go to plan though was Mako Vunipola’s shirt swap.

If at first you don't succeed…

Finally, we end with wise words from Sky Sports’ guest pundit Ronan O’Gara on the outstanding performance of Marcus Smith. A showing summed up perfectly.