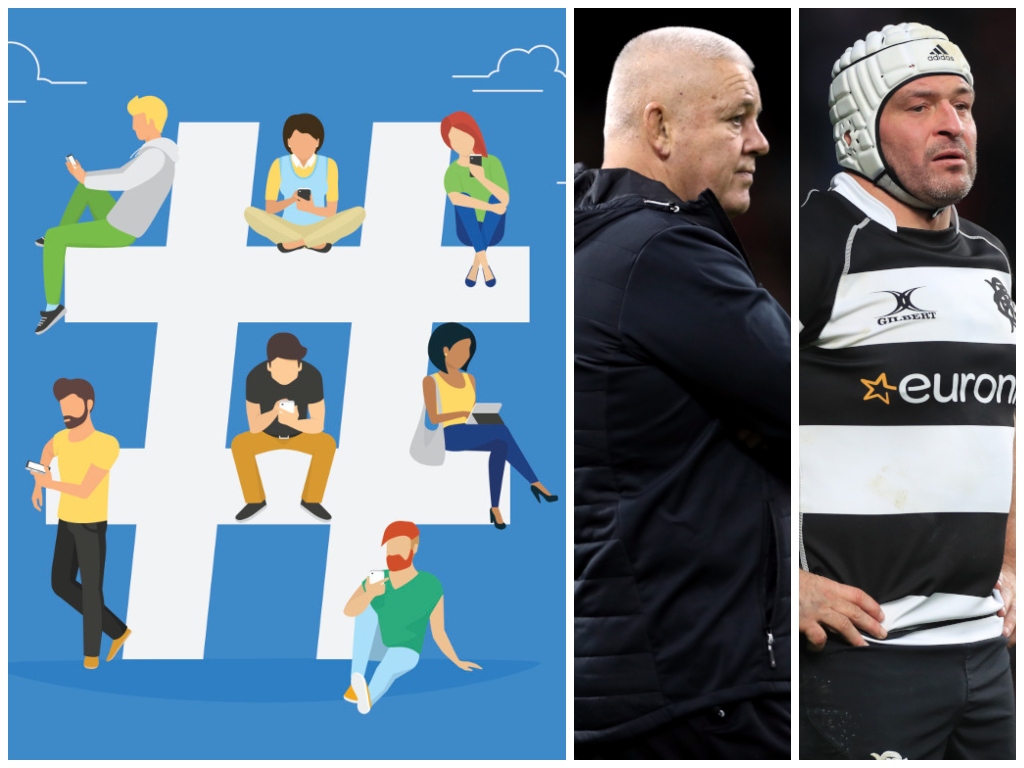 We start with Wales’ game against the Barbarians, which proved to be an emotional occasion for everyone involved, as new boss Wayne Pivac came up against former head coach Warren Gatland, who was in charge of the invitational side, and this was a lovely gesture from the WRU ahead of the encounter on Saturday.

Another to say goodbye was Ireland legend Rory Best, who played his final game after captaining the Baa-Baas in Cardiff, and he got a wonderful reception from the players, coaches and supporters.

“The end of a glorious career” for @RoryBest2

This was also a touching moment in his post-game interview as the Welsh crowd gave Best a magnificent ovation.

There was a touching show of gratitude from the fans in Cardiff today for one of rugby's good guys, @RoryBest2. pic.twitter.com/lOJm29b9q0

Onto the lighter side of the Welsh game and Ken Owens couldn’t quite believe that he wasn’t named man of the match following a two-try display, but the person that awarded it – legendary Welsh wing Shane Williams – had his response.

You could never upset me Ken 😜 x https://t.co/ChbVoJYUph

Passions evidently ran high in the Pivac family as Wayne took charge of his first Wales game. Son Bradley is back home in New Zealand and that meant an early – or late – start to watch the match, resulting in the neighbours complaining about the noise.

Living in an apartment + dads first game as Welsh Coach being at 3:45am has resulted in the building managers knocking on my door due to complaints from my neighbours about a loud party occurring… it’s just me 😂 #WALvBAR

In domestic matters, Saracens boosted their survival hopes with a victory over Bath on Friday but much of the talk centred on the West Country outfit’s pitch, which kept cutting up.

The Rec is one of, if not the, most beautifully situated grounds in rugby, but I feel sorry for players slogging around on a surface that is worse than some 3rd XV pitches.

As a result of the difficult underfoot conditions, it was an attritional contest, but that suited the Vunipola brothers, Mako and Billy, to a tee. They were joined by cousin Manu in the squad and this was a nice moment post-match.

This is the first time Mako, Manu, and Billy have played together for @Saracens 🙌 pic.twitter.com/O0yAfwL7wN

In Galway, Connacht faced the Southern Kings and there appeared to be a pitch invader, but it was just Kings prop Pieter Scholtz, who had lost his shirt in the maul.

Great rig on that streaker…….no wait…….

Elsewhere, Exeter Chiefs enjoyed a fine win and their new full-back Stuart Hogg is adapting well to life in Devon, but he caused a bit of controversy with this question during the week.

Having my first scone in Devon. Heard there’s a proper way of doing this. Cream or jam on top? 🤔

Meanwhile, South Africa Sevens revealed their alternate shirt for the forthcoming season and it is fair to say that it hasn’t gone down well.

The Blitzboks change jersey for this sevens season looks like all the Twickenham chinos stitched together pic.twitter.com/rssnJKrJis

Finally, South Africa’s Siya Kolisi was invited down to Anfield to watch Liverpool’s draw with Napoli in the Champions League on Wednesday and it proved to be a memorable evening for the Rugby World Cup-winning captain.

"I almost fell off my chair" 😄

Siya Kolisi on meeting Jürgen Klopp for the first time…

Great to have this man at Anfield last night 🙌 pic.twitter.com/oZeBGjuSWc