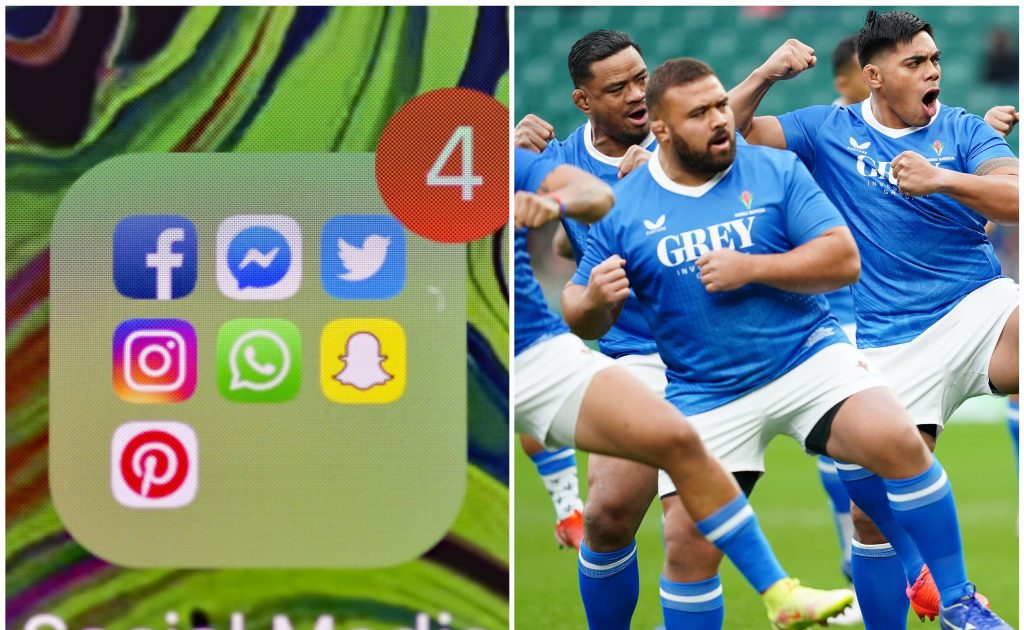 We begin in Samoa, where news of World Rugby’s decision to alter its eligibility laws is viewed as a dream coming true by former Manu Samoa lock Daniel Leo.

The decision was definitely a cause for celebration for Leo, who has been working tirelessly for it happen.

Meanwhile, there was plenty of excitement for Duane Vermeulen ahead of the Barbarians’ match against Manu Samoa at Twickenham.

He’s won basically everything you can win in #rugby 🏆

But what does playing for the #Baabaas mean to Duane Vermeulen? #KillikCup pic.twitter.com/nKc2mQI4Uo

It wasn’t to be though as there was a Covid outbreak in the Baa-baas camp which forced the cancellation of that encounter – 90 minutes before its scheduled kick off.

The men's Barbarians match against Samoa at Twickenham on Saturday has been called off.

There are six reported Covid-19 cases in the Barbarians camp.

The women's Barbarians match against a Springbok women's XV will now be played at 14:30 GMT live on @BBCOne.#bbcrugby

Despite that disappointment, Samoa’s players still came out onto the field to perform their Sipi Tau.

They didn't get to play because of Covid in the Barbarians camp, but Samoa still issued their cultural challenge…#bbcrugby

They are also sang their national anthem in what proved to be an emotional day.

The Samoa players head out to the pitch to passionately sing their anthem, even though their game is cancelled pic.twitter.com/KpZrnSgkv7

In the build-up to that fixture the Barbarians players showed they’re good sports by posing for some photos in their budgie smugglers.

Elsewhere, the 2021/22 World Rugby Sevens Series kicked off in Dubai and some of the players had a ball while practising their celebrations.

While this lip reading rugby game, between England players Natasha “Mo” Hunt and Emily Scarratt, proved to be a hit.

World-class players and RWC winners…but how good is their lip reading?@huntie_1 and @EmilyScarratt put their skills to the test, with some horrible forfeits in store if they get it wrong…#TackleBag pic.twitter.com/Q4ufQYl5v6

In the Premiership, rugby did their bit to support the LGBTQ+ community with the Rainbow laces campaign.

Rugby comes together to support the LGBTQ+ community, and a wonderful reminder that rugby, and sport, is for everyone 🙌🏉
#GallagherPrem pic.twitter.com/aTApKAOBCE

Elsewhere, Dave Rennie and Rugby Australia apologised for recent comments from the Wallabies coach, but World Rugby’s statement also took a not so subtle swipe at another high profile coach and rugby organisation, who also issued apologies last week.

In Ireland, there was a nice touch from veteran front-row forward Cian Healy, who donated his match jersey from his 110th Test against the All Blacks to the Movember Ireland charity raffle. Well done, Cian!

Blown away by @ProperChurch generosity to donate his 110th cap jersey when @IrishRugby beat @AllBlacks to our @MovemberIreland Raffle. Thanks a million Cian!

While in England, Bath opened the doors to BT Sport in a very interesting feature as they went about their preparations for Friday’s Premiership clash with Exeter Chiefs at the Rec.

🎥 From the canteen to the meeting room, @andNickMullins was granted access all areas at Farleigh House.

And finally, we reckon we’ve found Joe Marler’s lookalike. What do you think?

So, 12yo son has created a new character in @SeaOfThieves

Just said, 'do you think he looks like @JoeMarler?'