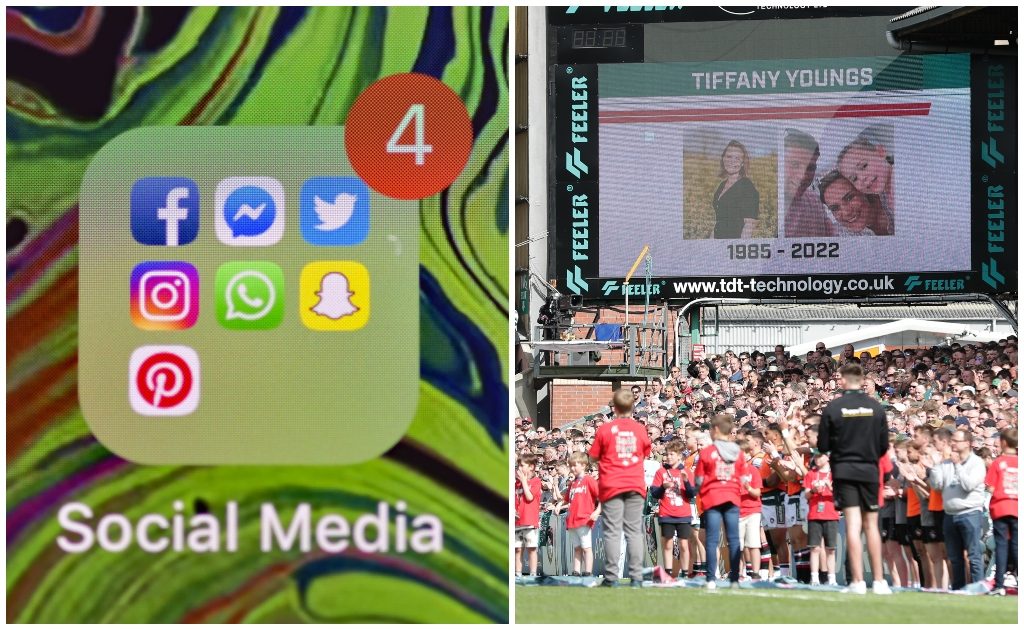 Firstly in the Premiership, Welford Road’s adopted son Ellis Genge speaks on leaving the club and his last game at home before he moves to Bristol. Emotional times for Leicester Tigers fans. What a player and what a leader he has been this season.

Ellis Genge spoke to 𝗟𝗧𝗧𝗩 at full-time after the semi-final win over Northampton Saints. pic.twitter.com/FWOjeLdUCI

It was a similar situation for Saracens front-row Vincent Koch, who played his last game for Sarries at the StoneX Stadium – ahead of his Wasps move – in Saturday’s semi-final win against Harlequins.

A lovely moment – ahead of the Leicester‘s semi-final against Northampton – where the Welford Road crowd paid tribute to Tiffany Young, wife of club legend Tom, after she tragically passed away following a lengthy battle with cancer. Condolences to the Youngs family during this challenging time.

The condolences of everyone at BT Sport are with Tom Youngs and his family after the passing of Tiffany Youngs, his wife. pic.twitter.com/w62TgS1Nve

Premiership players comment on the teams in the semi-finals. Brilliant to see some of the answers when the rivalry kicks in. It is an interesting concept. Shots fired indeed.

Here is what our stars had to say about this year’s semi-finalists 😅#GallagherPrem pic.twitter.com/69J8wguix1

Meanwhile in South Africa. EPIC SCENES! The Cape Town crowd erupts as fly-half Manie Libbok kicks the Stormers into the final of the United Rugby Championship. It is a pleasure to see fans showing their passion in the stands again.

How good was that? A special moment shared with the Faithful. Bring on the Final.#iamastormer #dhldelivers @Vodacom #URC pic.twitter.com/iM0DGZPvFo

Elsewhere, after pipping tournament favourites Leinster in Dublin against the odds, the Bulls are ready for the traditional North v South South African derby for a massive prize.

The Final will be a North/South Derby, baby 🔥💪@Vodacom #URC pic.twitter.com/Cz5OgNRP8a

Look at what it means to the lad. 20-year-old Sacha Mngomezulu made his Stormers debut as a replacement after four minutes to play out of position in the quarter-final against Edinburgh and performed brilliantly. Remember the name.

You got to love seeing a professional player on a club rugby sheet! All Black Dane Coles returns to rugby with an appearance for his local club side Poneke.

It was all smiles from Coles after Poneke’s victory over arch rivals Marist St Pats.

Meanwhile, All Blacks and Crusaders prop Joe Moody took time to train with a local team of players with disabilities and vulnerabilities in Christchurch. The amount of smiles in joy in this one is absolutely brilliant to see. Good on you, Joe!

Joe Moody headed along to tri-rugby which is a great community initiative by Canterbury rugby and HSOB to surprise them about playing at half time tonight! 💯👊🏼 pic.twitter.com/wdLy3MYyD3

Try of the season! A heartwarming moment, with Robert Croy injured before the tournament, the team subs him on and gets the try. Rugby is a unique sport.

Banbridge Barbarians needed a score in their final #IMART2022 Pool Game and brought on Robert Crory.

Robert was injured four weeks before the tournament, but real heroes don't let their teammates down. #SpiritOfRugby pic.twitter.com/pzauEKqtPE

And finally, it is terribly sad that life in Ukraine is still being adversely affected. Massive credit to this team for continuing training! Top-level commitment.