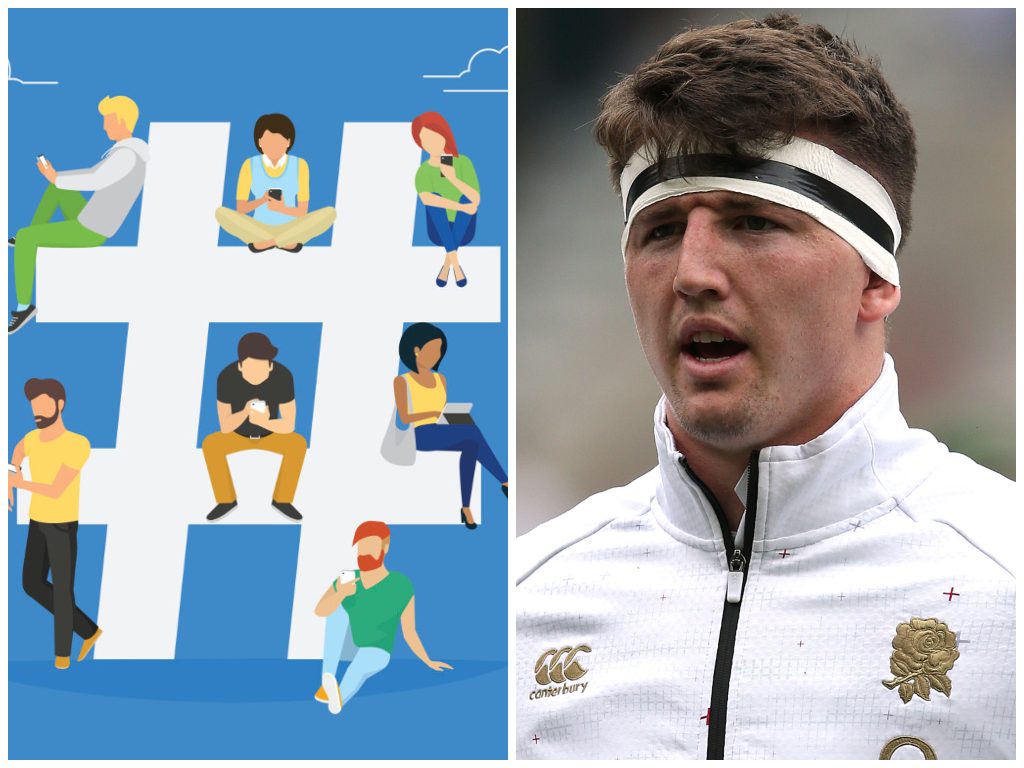 Let us kick-off with something from earlier in the week when England head coach Eddie Jones hinted that flanker Ben Curry could be utilised as a scrum-half. Plenty of the media took the line with a straight face but surely this is just another Jones quote with tongue in cheek? Either way, social media had some fun over it.

From further back this clip from last weekend’s game between Stade Francais and Toulouse saw the strange side of Gael Fickou.

On to this week’s action what an agonising watch this was for Exeter full-back Stuart Hogg as his long-range penalty fell short.

An absolute monster of a kick with the clock in the red and the scores level… Agonisingly close to winning it!!

But it was all smiles once again for Gloucester’s Louis Rees-Zammit. Seriously, is there a player in better form in the game at the moment? Here he is with a brilliant break and even better offload to Willi Heinz.

Louis Rees-Zammit is a GAMECHANGER 🔥

A brilliant break and sublime offload has @gloucesterrugby in front!

We give you a Rees-Zammit and raise you a Cheslin Kolbe. Here the Toulouse wing shows his hands are as good as his feet.

On a serious note, the global rugby community has this week shown its support for Worcester Warriors second-row Michael Fatialofa after he had neck surgery. Here’s the Hurricanes sending a video to the lock.

Let’s hope Fatialofa is out of hospital and on the mend by the time the Six Nations starts. It will be an interesting tournament.

When your mate reminds you the 2020 Championship starts in three weeks…. 😉 pic.twitter.com/harPfACvlC

Oh and if that’s not enough then Super Rugby kicks off the day before on January 31 as teams look to dethrone the Crusaders.

🤝 When you and your mate realise the 2020 #SuperRugby season is only three weeks away… pic.twitter.com/2CuRMnkmFQ

One team who has done some solid recruitment is the Blues. Can they finally show their potential in the 2020 competition?

🔥 With the 2020 #SuperRugby season set to kick off in three weeks, it's time to look at the best moments from each of our five NZ teams last year. First up, @bluesrugbyteam! pic.twitter.com/AJ1DdBlAKC