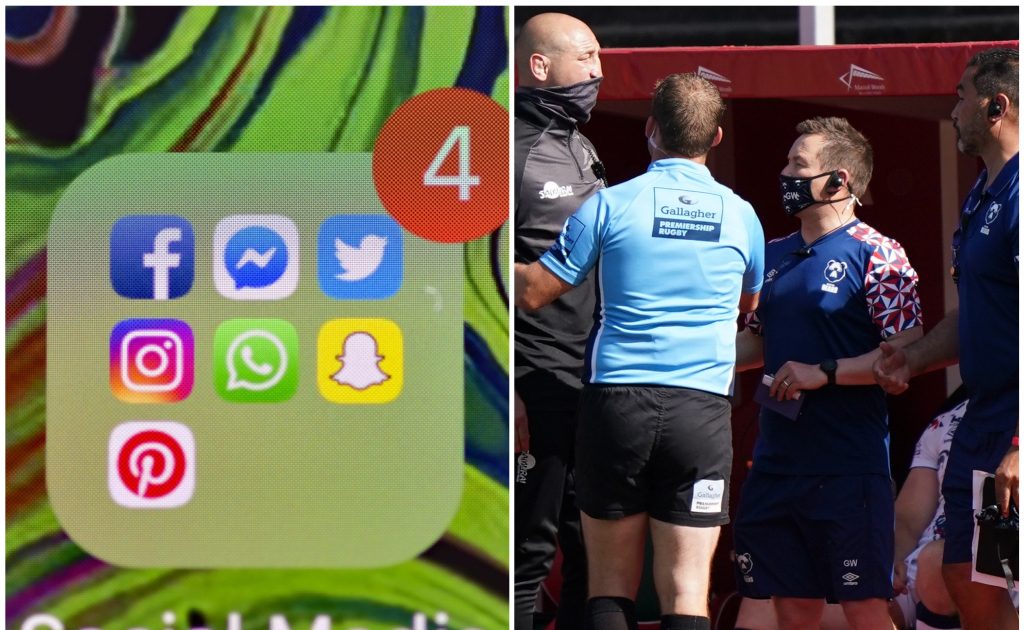 We begin at Welford Road where there was a controversial ending to Leicester’s 26-23 Premiership defeat to Bristol, with the respective head coaches Steve Borthwick and Pat Lam getting involved in a heated debate over John Afoa’s reintroduction into the game after he was taken off earlier on.

Jon Afoa had previously come off as a 'tactical' sub, but tensions rose over his return as both coaches got involved. pic.twitter.com/O8afakCVK7

Borthwick was clearly frustrated when asked for his opinion on the matter in the post-match interview.

"If you've not got much good to say about people, don't say anything at all."

There was plenty of reaction to that incident with former Tigers fly-half Freddie Burns doing his best to explain what went through Lam’s mind before making that change.

So if Afoa stayed off Bristol would have gone down to 13 men but had to put 8 in an uncontested scrum therefore leaving only 5 backs to defend guaranteed Leicester ball. Is that why Pat Lam changed his mind of Afoa “injured”? Just trying to clear it up 🤯

The match was Richard Wigglesworth 300th Premiership appearance, which in an unbelievable feat that in all likelihood is going to be very tough to beat.

Ahead of that game, there was huge excitement from opposing scrum-half Harry Randall, who was returning for his first Premiership start since January after being sidelined with an ankle injury.

💬 "It feels good to be back with the team – it's been a long time coming."

Meanwhile, in South Africa there was great interest in the Springbok squad which was announced for their upcoming Test series against the British and Irish Lions as well as internationals against Georgia.

As expected, the Boks kept faith with most of the players who did duty during the 2019 Rugby World Cup – 29 of them were selected – but there were some shock omissions with the Bulls’ Marcell Coetzee and Cornal Hendricks notable absentees and SA Rugby’s director of rugby, Rassie Erasmus, was left to explain the experienced duo’s absence.

Rassie Erasmus explains the decision not to select Marcell Coetzee and Cornal Hendricks in the 46-man Springboks squad, citing medical reasons for the Hendricks' exclusion. pic.twitter.com/2hDCCBvOHX

Although he was named in the squad, the Boks’ management will be sweating over the fitness of veteran number eight Duane Vermeulen, who sustained an injury in the Bulls’ Rainbow Cup SA clash with the Stormers in Pretoria on Friday.

All the best, Duane Vermeulen! Wishing you a speedy recovery. #RainbowCupSA pic.twitter.com/QZox8LkKll

🔥 What a start from @westernforce in Christchurch!

Staying Down Under, where the Brumbies sealed only the second victory by an Australian team against Kiwi opposition in that tournament when they claimed a narrow 12-10 win over the Hurricanes in Canberra on Saturday. However, they were somewhat lucky after Jordie Barrett failed to slot this penalty which was the final act of the match.

The Brumbies get their first Super Rugby Trans-Tasman victory 🙌 Jordie Barrett missed this chance to win it in the 80th minute.

Elsewhere, Rebels fly-half Carter Gordon left his stamp on the match with this great offload in the build-up to Stacey Ili’s try in their loss to the Chiefs in Sydney on Sunday.

Finally, we head to the United States where Atlanta outside centre Mark O’Keeffe produced this brilliant try-saving tackle in Major League Rugby.

Tackle of the year?!

"The try killer O'Keeffe" saved the game for @RugbyATL with this insane tackle! 💪 pic.twitter.com/FTKgha7AVQ