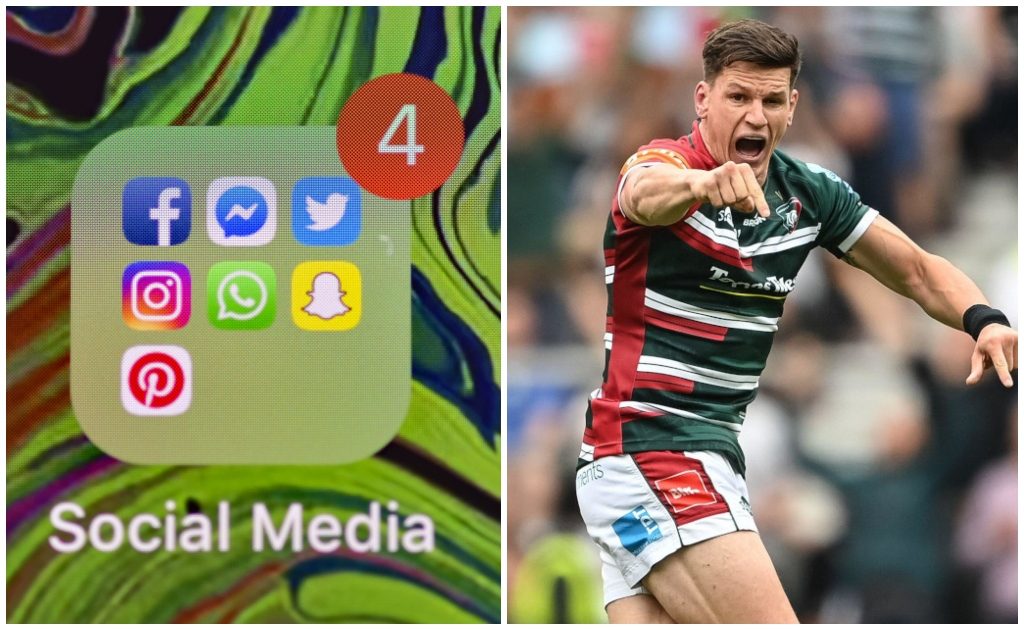 In a weekend packed with finals, Steve Borthwick’s Leicester Tigers maintained their momentum and clinched the Premiership title after beating Saracens 15-12, thanks to a late drop-goal from Freddie Burns. A massive moment for Tigers, who were almost relegated in 2020.

Tigers captain Ellis Genge got emotional in a post-match interview after the game as his time with the club ends. However, he will go down as one of their great captains as he helped pull Leicester back following some dark times. A perfect case of leaving things better than you found them. Excellent stuff, Genge!

"I was never supposed to be here, ever! So for me to come to a club with so much prestige, to be a small part of that is brilliant!"@LeicesterTigers' Captain Ellis Genge takes it all in as his journey with the club comes to a close ♥️#GallagherPremFinal pic.twitter.com/X7udfmQEFT

One to warm the heart! Smiles on smiles for the Youngs family, who have endured a horrible time recently. Rugby has the ability to bring joy and spread happiness. The Youngs family deserve nothing less.

❤️ A wonderful moment for the Youngs family after what has been an awful few months. 🥹 pic.twitter.com/WfwZuaZGC6

Now back to the man of the moment absolutely grazing on McDonalds next to the Premiership trophy. This clip is nothing short of gold. Good on you, brilliant Burns.

He strikes again; Burns was so caught up in the festivities that he forgot about Father’s Day. Pretty sure being the Premiership hero is enough of a present. It certainly would be for most.

Bollocks, forgot to get my dad a Father’s Day card 😂

Here’s a brilliant clip referring to Burns having the last laugh after some questioned why he was put on the Premiership final poster over George Ford. Burns is a hot topic in English rugby!

Just when you thought Burns could not become more of a legend. Gotta love it! That is how to celebrate a title.

When you win the Premiership title you can do what you like😂😂😂 https://t.co/ZIBnN8TxXn pic.twitter.com/1STXVOkJyy

Down in South Africa there were absolute scenes as the Stormers won their first major title, claiming the United Rugby Championship. Incredible passion and joy shown by players and fans. Moments to live for.

THIS IS WHAT IT MEANS TO WIN THE URC 1 GRAND FINAL 🤩#URC | #STOvBUL | #AllFor1 | @THESTORMERS pic.twitter.com/Eyrzw3LLnx

A slip of the tongue and the only mistake he has made all season. 35-year-old Deon Fourie has had the perfect campaign for the Stormers. Is he from Stellenbosch because he is ageing like a fine wine. Simply sublime from the veteran.

After a terrible day kicking off the tee, Stormers fly-half Manie Libbok calmly dinks a drop goal to hammer the final nail in the coffin for the Bulls.

⚡⚡⚡ It's all over in Cape Town, @THESTORMERS are the @Vodacom #URC champions for 2022, with this drop goal by Manie Libbok sealing the deal! Final score, 18-13.@URCOfficial_RSA pic.twitter.com/UVKTk9ltXW

Wholesome content. Such a clever and heartwarming idea for the medal ceremony. Another example of how rugby is far bigger than an oddly shaped ball and four lines.

There are few constants in life; death, taxes and the Crusaders winning Super Rugby. Scott Robertson’s men add the Super Rugby Pacific to their collection. Have a look at those numbers. No team is remotely close.

Scott Robertson breaks it down yet again. He will need to buy an external hard drive to store all the videos from his titles if he continues like this. Brilliant effort, Razor.

Finally, something to look forward to. Stan Sport and Wallaby Taniela Tupou taking the mickey in this one. Challenge laid down by Australia. It’s all to play for when England travels down under for three Tests in July.

Crashing the party 💥 The Wallabies are out to send England packing.