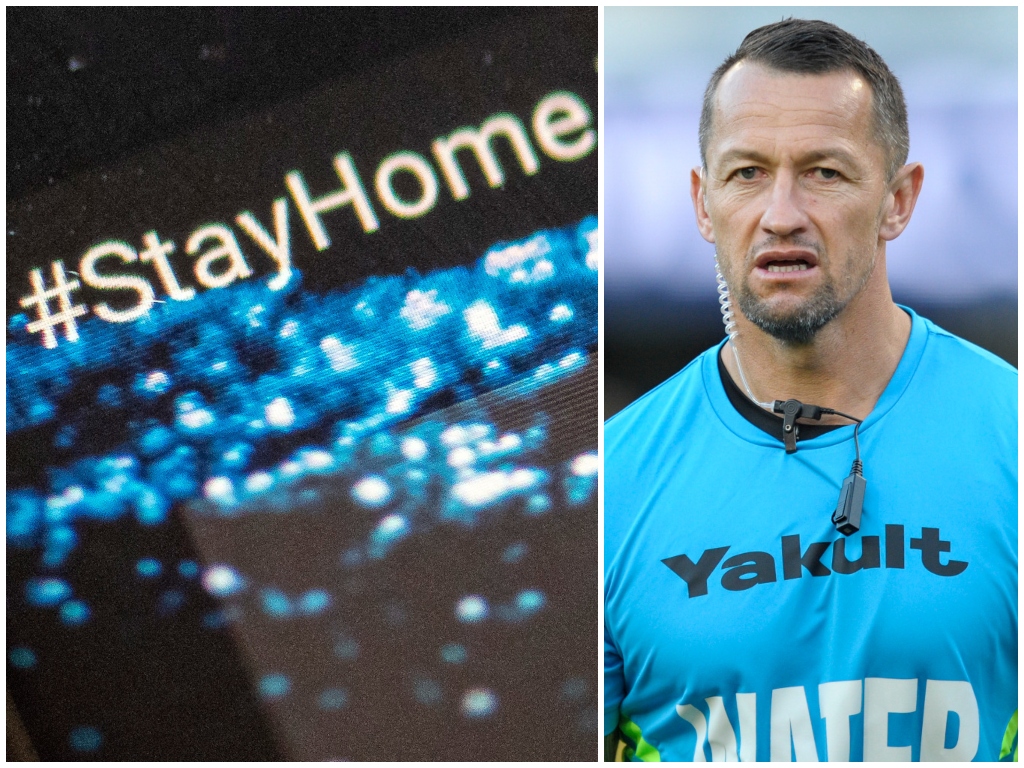 What a week it has been in the gardens and around the houses of rugby players past and present. Carlos Spencer has been on another level though with this just one of many amazing efforts into his basketball net. What kind of sorcery is this from the All Black?

😲 Carlos Spencer, always one for the audacious.

Not bad at all from the New Zealand great. 🔥pic.twitter.com/0JgoerVaOw

Those efforts have led to several others showing off their skills, with Ulster’s James Hume getting involved with this backdoor pass into the wheelie bin.

Here is former Saracens and England scrum-half Kyran Bracken proving he’s still got it as he goes over the bouncy castle to the basketball net. Lovely.

Let’s take a breather from the skills for one moment and at this tough time, who better to bring a laugh or two than Nick ‘The Honey Badger’ Cummins?

I love the Aussie lingo, let’s share it! pic.twitter.com/ysiOrE1FGD

That was of course from a few years ago and so is this. Remember when Bristol fly-half Felipe Contepomi did this after scoring a try? A fine celebration.

That’s enough from the past and now back to the present as USA Sevens speedster Carlin Isles shows he has no issue training in isolation. Good session.

Meanwhile in Spain, Olivia Fresneda produced this fantastic video of her trying to keep her eye in with some big game moments around the house. Ouch.

The Wallace High School in Lisburn also make our Sunday Social as their director of rugby scares his daughter en route to claiming a testing high ball.

Loved this 1 from our Director of Rugby 😂#tekkers pic.twitter.com/C8YxStaRBW

In the north-west of England it was another family moment here as the Du Preez brothers got their distances right for this passing drill over the house.

CJ Stander clearly does things a little differently though. Here is the Munster, Ireland and British & Irish Lions number eight evading sheep on a farm.

Have to get the contact skills in 👊🏼 🏉 my old nemesis 🐑 . . No animals were hurt during this session. #hometeam @adidas @adidasrugby

Because one Spencer video isn’t nearly enough, here’s a second as Carlos and Payton go for the punt kick from distance. Incredibly, both of them nail it.

Son Payton with the swish as well 👏🏼

The fun continues and with the commentary to boot, this video made us laugh out loud. Excellent stepping and fend of the garden chair here to get away.

#Day6ofLockdown
And rugby players are losing it now.

The commentary is classic 😂😂🏉😭😂 pic.twitter.com/BDlk15eVEv

Siri: "Sorry…i'm not sure what you said!"

Finally, we end on another light-hearted moment which is a shake flashback from the 1990s between All Blacks Michael Jones and Va’aiga Tuigamala.