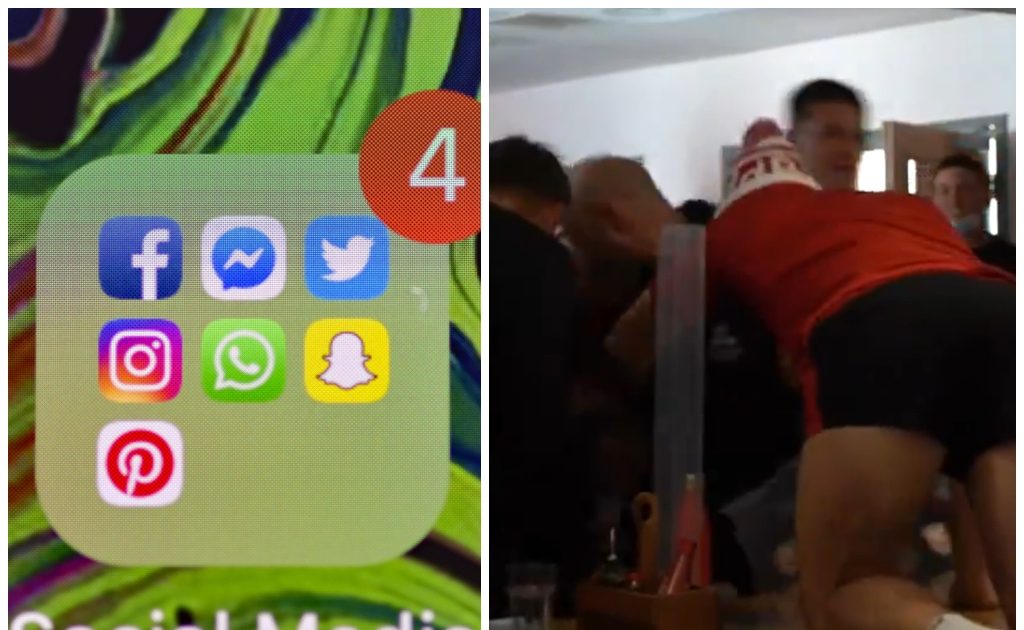 Thursday was one of the biggest days that rolls around every four years as the British & Irish Lions squad was announced. We must admit this gave us chills.

Before the unveiling of 2021’s captain and squad, excitement was in the air at Planet Rugby HQ as the announcement was always going to dominate the day.

Despite the pre-naming schedule, of course things didn’t run to the times plan put in place, which left many on Twitter getting restless as they waited patiently.

It was great to see the reactions of players at their club sides once their name was read out though. Here’s Chris Harris congratulated by his Gloucester team-mates.

Ysgol Gynradd Pontyberem filmed Wales hooker Ken Owens’ son in his classroom as they all crowded round the television. What a superb moment for the youngster.

You won't see a better Lions reaction video than @KenOwens1088's son and @YsgolPontyberem reacting to the hooker's selection! ❤️️ pic.twitter.com/ZnaRoYuBkz

There were plenty of Scots in the 2021 touring party and here’s an interview with Glasgow Warriors scrum-half Ali Price as he made the cut as one of three nines.

A smile as wide as the Clyde 😃

On the Northampton training the good news was shared with fly-half Dan Biggar and second-row Courtney Lawes. Some Saints players were clearly hoping for more.

How they found out 🙌

Watch the moment that Chris Boyd revealed to the squad – and the duo themselves – that Dan Biggar and Courtney Lawes had been called up by @lionsofficial 🦁 pic.twitter.com/L8OIQgTE8o

One of the stories of the announcement was the inclusion of youngster Louis Rees-Zammit, deservedly we might add. Gloucester’s reaction videos were a joy to watch.

Being just 20 years of age, wing Rees-Zammit is the youngest player in the squad which means he will take over the honour of looking after mascot ‘Bill’ on the tour.

Going back to Glasgow Warriors for a moment, Sky Sports grabbed an interview with Scotland prop Rory Sutherland after he was picked as one of the looseheads.

"I've been told I'm not allowed to swear so I'll struggle to put it into words!" 🤐

Scotland prop forward Rory Sutherland was shaking with excitement after being named in the British and Irish Lions squad! 🦁 pic.twitter.com/ryQHqe7alU

While many believed he was a certainty to be included after his impressive Six Nations performances, it was still relief and excitement for flank Hamish Watson.

Nothing compares to this! The moment I was selected to represent @lionsofficial, captured exclusively by @VodafoneUK. I’m beyond honoured & can't wait to get started! As a Vodafone Ambassador for the British & Irish Lions, I'm excited to take you all on the journey #UniteThePride pic.twitter.com/GDPUvwgUnC

He’s one of eight Scots in the squad which, after several recent British & Irish Lions tours that have been low on numbers, was a very proud moment for the country.

After the dust had settled, this was a fitting tweet from Jamie Phillips and we’re right behind these words too. There truly is just something special about the Lions.

Some people say the Lions are ‘an outdated concept’ but you look at the reaction videos from the players and clubs and they’re absolutely buzzing to be part of it. Many fans love it as well. Whatever changes occur in the game, long may the British & Irish Lions continue 🦁🏉

It wasn’t just the Lions in focus this week though as there were two finals in Super Rugby, the Aotearoa clash seeing the Crusaders prevail. Cue the Razor dance moves.

Finally, in Australia it was the Reds who sealed the silverware after a thriller. This interview with prop Taniela Tupou showed just what an emotional time it has been.

This one meant so much to an emotional Taniela Tupou.🥲