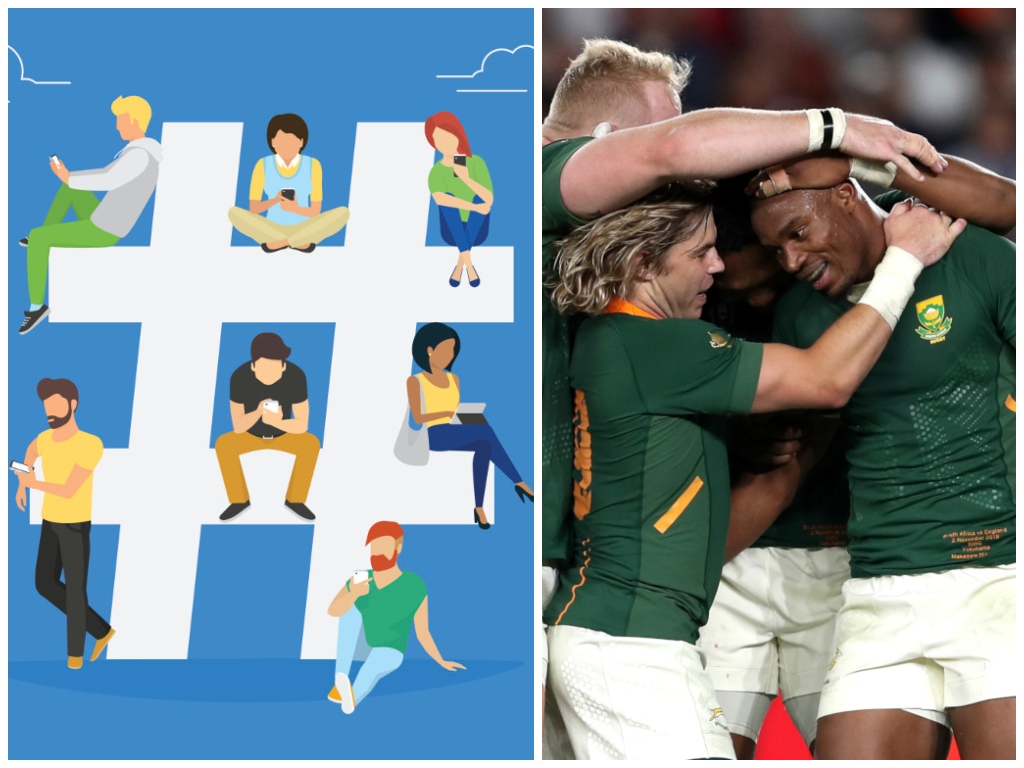 We of course start with the Rugby World Cup final and South Africa’s dominant 32-12 victory over England. Following the match, the team recorded this message for their supporters.

The players certainly enjoyed the celebrations with scrum-half Faf de Klerk to the fore, who greeted Prince Harry in his South African pants.

This is how Faf met Prince Harry 😂😂😂 pic.twitter.com/Jiti93HVsp

The Rugby World Cup Twitter feed, which has been excellent throughout the tournament, certainly found a way to explain De Klerk’s post-match antics.

South African celebrities also praised the team’s efforts via social media with Trevor Noah, who has become a star in America, tweeting this…

To say we’re proud would be an understatement. Congrats to a team that many wrote off just a year ago. Our captain took criticism from all sides but today, the Springboks are back on top of the world. Well done Bokke. You have made us all proud. #rugbyworldcup2019 #southafrica pic.twitter.com/ETHS1w4b2T

Plenty of the focus was on the Springboks’ first black captain Siya Kolisi and the hope that can give to a nation which is currently struggling.

My comrade, OUR CAPTAIN!!!

Thank you for inspiring in a way which transcends the four lines and transforms a nation!! 🇿🇦🇿🇦🇿🇦🇿🇦#RWC2019 pic.twitter.com/ehGdpaIWaN

Fortunately, none of the focus was on any controversial refereeing decisions and much of that was down to the teamwork of the officials, who post-match showed why they were effective.

Of course, with any victory there has to be a loser, but the English team took it graciously following the game, admitting that they were outplayed.

🗣"The effort of the players was outstanding. We just weren't good enough today. Congratulations South Africa on an outstanding performance."

Nevertheless, you could see the desolation on the face of Jonny May, who attempted to sum up his emotions in this interview.

A devastating loss but the team have done us proud 🌹 pic.twitter.com/DLTGAkdco9

However, there was plenty of confidence from English pundits and fans going into the game, and many were quick to remind their followers of some of the ‘interesting’ statements that were said before the final.

England’s arch-rivals Wales were particularly keen to display their support for South Africa with this an especially funny scene.

Great support back in South Africa..

That didn’t please everyone, however, with respected pundit David Flatman stating his disappointment over the reactions of other supporters to the result.

One sad thing. Lots of us English spend the World Cup properly rooting for the Welsh. We love Gats, AWJ and co. Then England lose a game most of us thought they’d win after being immense last week, and the Welsh vitriol on here is endless. Shame really, and a little childish. X