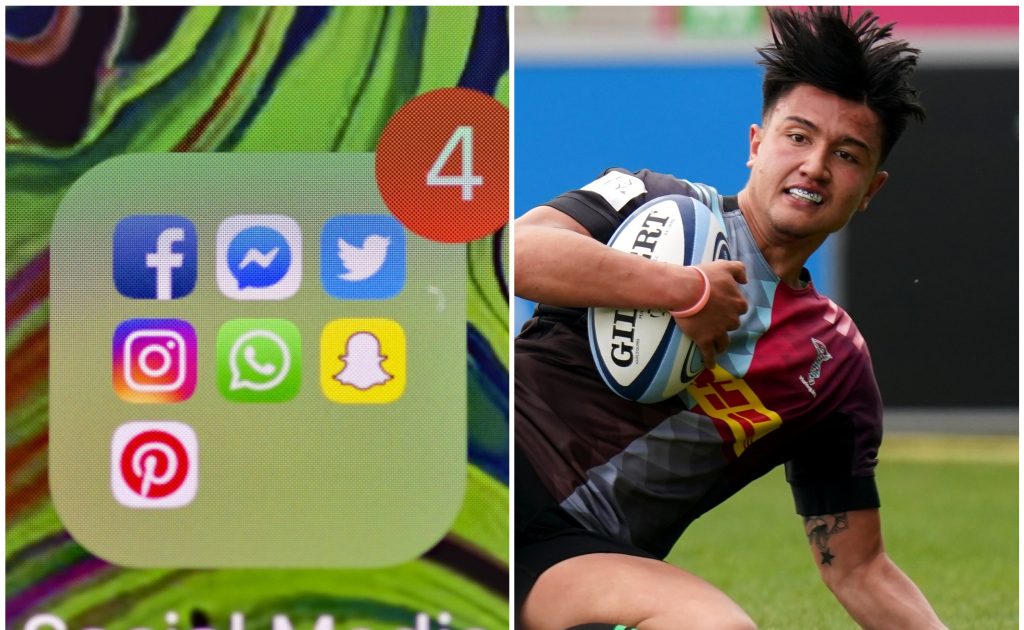 We begin in England where Marcus Smith came to the fore with this piece of attacking wizardry during Harlequins’ Premiership victory over Bristol Bears.

Quins front-row replacement Will Collier also dished up this collector’s item – his first ever try for the Premiership champions.

🤯 A dummy from the prop!

Will Collier scores his first ever Premiership try and it was a beauty. 👏pic.twitter.com/dp9hRLFlcx

Meanwhile, judging from the past, Alex Dombrandt’s England hopes might be dashed if he continues with his current fine form.

Alex Dombrandt is playing the sort of rugby that will see him definitely overlooked at the next England selection.

There was a great moment ahead of that game when the Twickenham Stoop faithful gave their former captain, Chris Robshaw, as memorable send-off.

After 17 years at the club, @ChrisRobshaw played his final game for @Harlequins in front of an empty stadium 🃏

One year on, the former Quins captain returns to a packed out Stoop for a well deserved send-off 👋#GallagherPrem pic.twitter.com/U0LdJunrEr

Elsewhere, this post on how the Haka used to be performed proved a hit on our Twitter feed.

🇳🇿 How the Haka used to be performed…

Some say the All Blacks gain an advantage with the Haka, but not sure that was the case in the amateur era. 🤔pic.twitter.com/YRXWqPImp1

While this picture of Saracens, England and Lions lock Maro Itoje and rapper Jay-Z also received plenty of positive reaction.

There was an ugly scene during the first leg of the Rugby World Cup qualifier between Canada and Chile as a Chilean player was caught in the act while eye-gouging an opponent.

Came across this pic from @RugbyCanada vs @chilerugby and I am shocked @WorldRugby has done nothing about it. Players reporting eye gouging and other despicable behaviours. Surprisingly, as a half-back I like a bit of grit, but there’s no room for this BS in the game @raysrugby pic.twitter.com/vfRFKJWFlV

Meanwhile, there were great scenes at Durham University where their spectators had a ball of a time.

Looks like the rugby is back in full swing!!

In New Zealand, the All Blacks shared their favourite songs with their fans, who have a chance to vote for their favourite tune on the three-time world champions’ Instagram page.

And here is the full playlist. Who has the best, and who has the worst?! pic.twitter.com/IpO52G7jUc

While there were jubilant scenes in Montevideo as Uruguay beat the USA over two legs to book their spot at the 2023 Rugby World Cup in France.

🇺🇾 Uruguay have qualified for the 2023 Rugby World Cup in France after beating the USA 34-15 in Montevideo.

🍾 That result seals a 50-34 aggregate win for Los Teros after they lost the first leg 19-16 in Colorado last week. Congratulations!pic.twitter.com/rRNXdevyJ0

And finally, Scarlets fans will be looking forward to their Round Three Champions Cup clash against Bordeaux-Begles after receiving this message from a pub close to Stade Chaban Delmas.

Just had a lovely message from Bordeaux 👇

What do you think Scarlets fans? 🍷