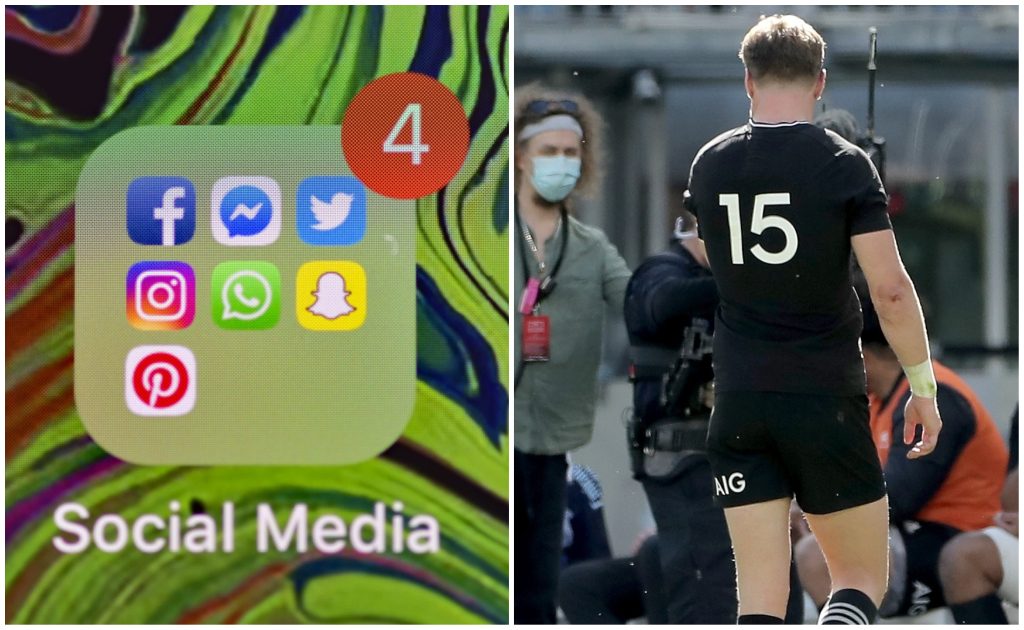 We begin in Perth, where the big talking point in the Rugby Championship Test between Australia and New Zealand was the red card issued to All Blacks full-back Jordie Barrett.

🇦🇺🇳🇿 Was this a red card offence in the #BledisloeCup Test in Perth?pic.twitter.com/g7Jm1usZ6R

That decision meant that, under the new rules – which is being trialled in the tournament – New Zealand had to play with 14 men for 20 minutes before Barrett could be replaced and former All Blacks fly-half Lima Sopoaga believes it worked out well for his former team in the end.

Imagine having a red card and saying sorry you can't have jordie Barrett back on.. ok fine we'll use Dmac then 😂😂 that's proper jokes.

It was a momentous occasion for Ardie Savea, who was captaining the All Blacks for the first time, and despite leaving the field with a head knock, the back-row was happy in the post-match interview.

Ahead of that game, ex-New Zealand centre Sonny Bill Williams couldn’t hide his delight with the decision to hand the captaincy to Savea.

A proud pasifika man captaining the All Blacks! Lesssssgo❤️ Would’ve loved to follow you into battle my uso! @tanaumaga , Jerry Collins, Kevin Mealamu some special names to be alongside ❤️ You make our community proud @ardiesavea ✊🏽❤️ pic.twitter.com/Nd5Xb4afa4

That comment from England’s head honcho must have hit a nerve with Connor as his response indicates that he is happy in the 13-man code.

🤔 Rugby union doesn't 'look that hard', according to Hull's Jake Connor, and is 'boring.' pic.twitter.com/xEYh70A38d

Jones made up for that mishap by posing for this lovely pic with former England hooker Brian Moore’s twin daughters.

Twins not too sure about their new under 6's coach. pic.twitter.com/jdcsLMo6iB

Meanwhile, this video of a forward breaking up a scuffle amongst backs was a big hit on our Twitter feed.

🛑 A forward swiftly breaking up a scuffle between two backs.pic.twitter.com/oWHD9Wniwi

As was our take on the teamwork from South Africa’s front-row during a meal.

🇿🇦 The Springbok front-row working together at the lunch buffet.pic.twitter.com/XIMMlYp9MN

In Wales, Ospreys back-rower Dan Lydiate is busy with rehabilitation for a knee injury and he seems to be having a ball along with George North and Dewi Lake.

Rehab can be tough at time’s but training with good people makes the difference also bring the energy on tough days 😂😂🙈🙈 return to play with @dewilake @george_north dance crew in training 🕺🏻 #newkneenewme #drills pic.twitter.com/rTpVp0Ulsn

While in Italy, Zebre have made a statement of intent after signing Asaeli Tuivuaka, who was one of the Fiji Sevens team’s stars during their triumphant campaign at the Tokyo Olympics recently.

Elsewhere, the Rugby World Cup guys had a flashback of France’s shock victory over the All Blacks at Twickenham during 1999’s global showpiece.

🎙 "The biggest upset in the whole of Rugby World Cup history!" 😲

🇫🇷 Is @FranceRugby's win over the @AllBlacks the most epic RWC semi-final of all time? pic.twitter.com/hFEyr1VwKb

And finally, former Wallabies, Brumbies and Toulon star Matt Giteau was in a happy mood when he was reunited with his dog after spending some time in quarantine recently.

Finally back with the big boy again!! Missed this one😘