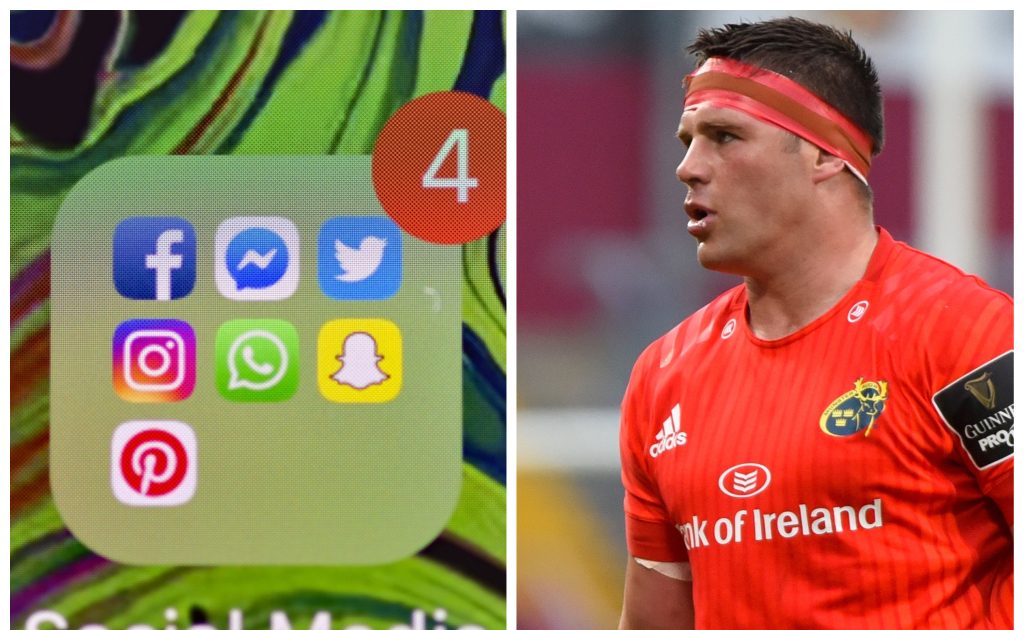 We kick off in the PRO14 Rainbow Cup where Munster legend CJ Stander said goodbye to his Thomond Park home – ahead of his retirement – on the occasion of his final game at the venue, in the Irish province’s win over Cardiff Blues.

It turned out to be a very special day – and a double cause for celebration – for Stander.

😍 What a special day for @CJStander & family.

CJ leads the side out for his final game @thomondstadium, the same day he officially received his Irish citizenship 📄🇮🇪 pic.twitter.com/sW238RV8FC

Elsewhere, in the Premiership, Bristol Bears back Ioan Lloyd’s quick feet got the better of Sale Sharks’ defence at the AJ Bell Stadium and he was rewarded with a five-pointer for his efforts.

That game also saw the return to action of Sale, England and British & Irish Lions centre Manu Tuilagi – after an eight-month absence through injury – and he received a rousing applause when he came on as second half replacement.

You absolutely love to see it 😍@Manutuilagi makes his @SaleSharksRugby return after eight months out injured.

Listen to the roar in the AJ Bell! pic.twitter.com/lFPyPVWFE2

It was a sad day for the game after the sudden passing of BT Sport director Steve Docherty and commentor Nick Mullins gave a fitting tribute to his departed colleague.

We lost the voice in our ear this week. Our director Steve Docherty died suddenly at home. For over a decade, Doc drove the way we televised rugby on ESPN & then BT Sport. His last game was the Champions Cup final. Listen to him here: brilliant, controlled, reassuring. pic.twitter.com/6zB5Dt57mW

Meanwhile, there was a huge backlash after England centre Henry Slade said he would not be taking the Covid-19 vaccine.

Dangerous stuff this from Henry Slade who himself is a diabetic and is putting his own health at risk. Not good. pic.twitter.com/pGYMWjhhID

The fallout from the Slade story continued with the journalist who interviewed him writing this. Kate Rowan expressed her dissatisfaction over the abuse he received, but she was also disappointed with how it was handled by Slade and his club, Exeter Chiefs.

I was a journalist doing my job. But I am horrified by the abuse Henry Slade got. I knew this would be a difficult piece but not for so much vitriol. Nor was I expecting after doing an above board interview to have my credibility as a journalist questioned so publicly. #BeKind pic.twitter.com/ZoaqSUFcKh

Moving Down Under, where the Chiefs showed their class with magnificent try in their Super Rugby Trans-Tasman defeat to the Reds in Townsville.

Despite the loss, this was sooo good from @ChiefsRugby

Despite that five-pointer, the Reds hung on for the win – a significant result in the grander scheme of things in that tournament.

🔴 Finally! The Reds claim a victory for the Australians. Important win. pic.twitter.com/tAvgKyd2wG

Blues scrum-half Finlay Christie was not to be outdone in the try-scoring department as he came up with this outstanding effort in his side’s victory against the Brumbies at Eden Park.

While this long-range score from Hurricanes hooker Asafo Aumua, in his team’s win over the Western Force in Napier, was also pretty special.

Nothing to see here, just a hooker running 70 metres to score…🤯🔥pic.twitter.com/utSZdB1cSJ

And finally, Crusaders and All Blacks fly-half Richie Mo’unga turned 27 recently. To celebrate it, we posted this video of this brilliant piece of skill from the outstanding playmaker.

🎉 Many happy returns to the outstanding Crusaders and All Blacks fly-half Richie Mo'unga, who is 27 today.

🇳🇿 The playmaker is always thinking outside the box as this unbelievable piece of skill shows.pic.twitter.com/t8pTZUvnub