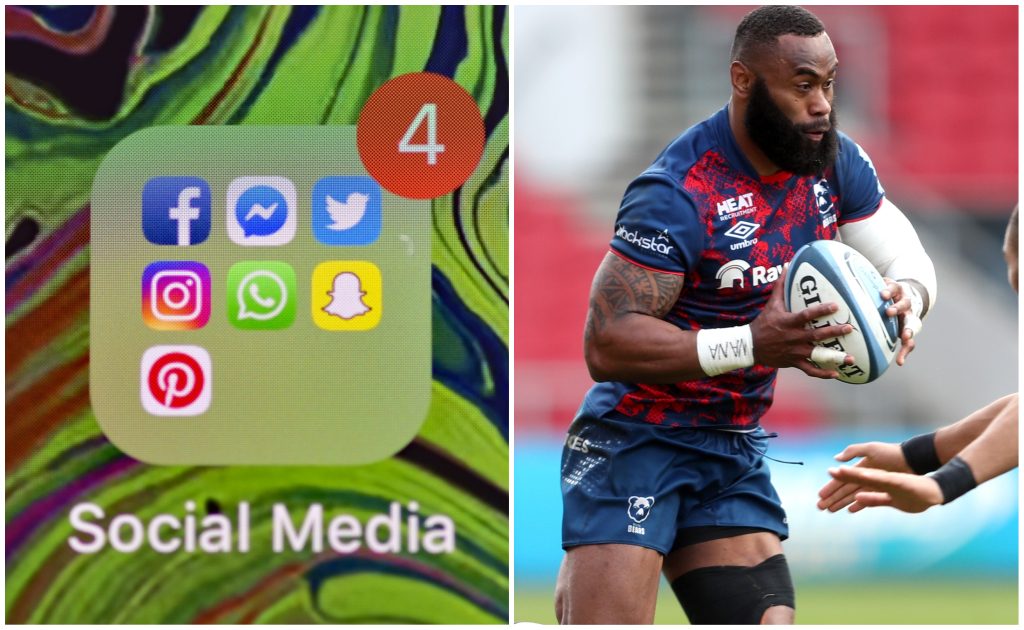 We begin in England, where Exeter Chiefs’ players celebrated Saturday’s Premiership victory over Saracens by having a beer with their supporters straight after the match.

Straight off the pitch after a win, into the bar with supporters.

Earlier in the week, Newcastle and England back-row Mark Wilson revealed that Falcons’ players chipped in to serve the supporters at their club, who were without the services of some bar staff due to Storm Arwen.

Staying in England, where Semi Radradra’s first touch, after his return from a lengthy injury, was a definite highlight for Bristol during their loss to Gloucester at Kingsholm.

Semi Radradra is back for @BristolBears, and his first touch of the season is a sublime offload 😍#GallagherPrem pic.twitter.com/EGI6puYmCl

After that match, Radradra showed that apart from being a great rugby player, he is also a fantastic human being with this classy gesture.

What a legend… @radradra_semi you made Christmas come early for my young rugby fans. They’ll treasure their souvenir. Hero, gentleman, role model. Thank you. pic.twitter.com/HzCjklpqr2

Over in South Africa, an outstanding performance from Springbok centre Lukhanyo Am in the Sharks’ United Rugby Championship win over the Bulls earned him special praise from Squidge.

Every time I watch Lukhanyo Am I find myself asking whether he’s the best player in the world.

Am scored a well-taken try, after intercepting a pass from Morne Steyn, which had SuperSport’s Xhosa commentators in raptures.

It was also a memorable game for Bongi Mbonambi, who made his debut for the Sharks, and afterwards he celebrated the result with some familiar faces in fellow Springboks Am, Siya Kolisi and Makazole Mapimpi.

Kolisi and another Bok, Sbu Nkosi, led the celebrations in the men from Durban’s dressing room after their victory.

Earlier, Mbonambi and Bismarck du Plessis was given a dressing down by referee Jaco Peyper after things got too heated between the duo as well as the match officials in that match.

Laying down the law 😤

Things are getting heated between Bongi and Bismarck and Jaco Peyper asks both hookers to 'come back to the values".

Meanwhile, Ugo Monye had to endure some teasing from fellow BT Sport pundits Nick Mullins and Ben Kay after his recent appearance on Strictly Come Dancing.

Charlie Chapman secures the bonus point for @gloucesterrugby with a brilliant break!

Elsewhere, there was cause for celebration for Wallabies fly-half Quade Cooper, who recently passed his Australian citizenship test. Well done, Quade!

I did pass though 💚💛

While in Ireland, this spectacular finish from Mack Hansen was a highlight for Connacht during their URC loss to Leinster.

And finally, if you thought you’ve seen everything on a rugby field, check out this unique – and somewhat bizarre – passage of play during Japan’s pool match against South Africa at the Dubai Sevens.