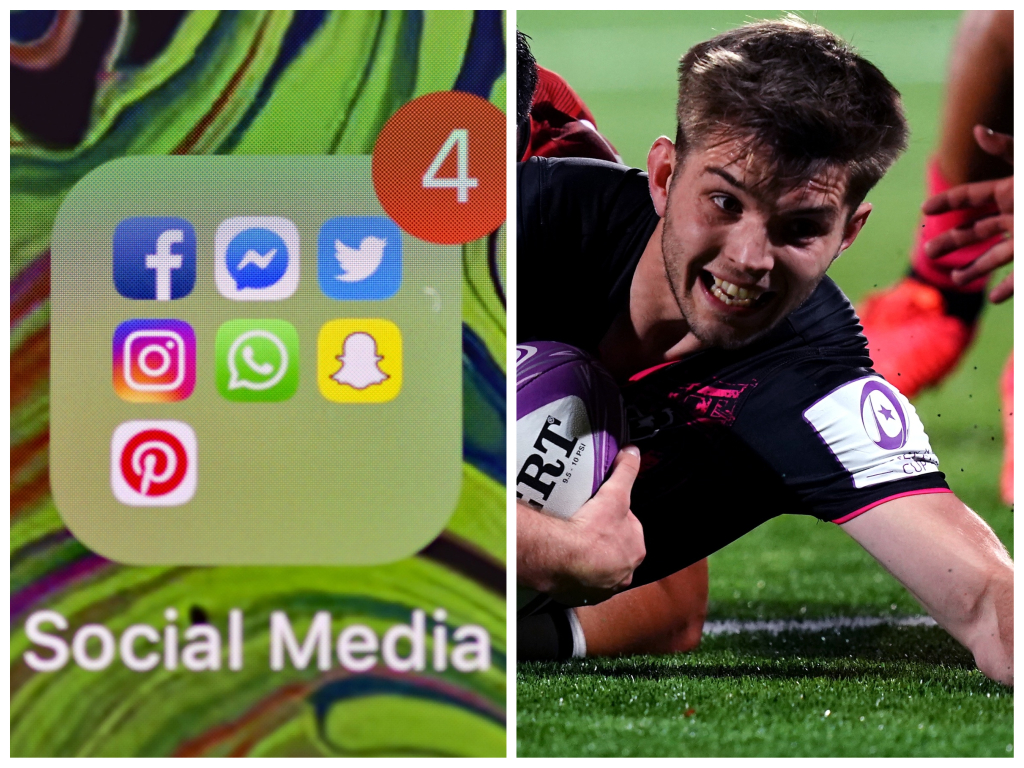 Where else to start but in the Exeter Chiefs dressing room at Ashton Gate? There were wild celebrations after the Devon-based outfit became the latest Champions Cup winners courtesy of a thrilling win over Racing 92 in the final.

That encounter’s result was in the balance until the final whistle but, although the teams went at each other hammer and tongs for the full 80 minutes, it was nice to see Racing 92’s Finn Russell and Stuart Hogg of Exeter Chiefs – who are of course Scotland team-mates – sharing drinks after the game.

It was a great weekend for English rugby as Bristol Bears’ Challenge Cup final triumph against Toulon meant Premiership sides were crowned champions in both European cup competitions. Bristol’s win started with this stunning try from Harry Randall, who scored just 15 seconds after kick off – the quickest five-pointer in any European final.

OH MY WORD! That is how you start a European final @BristolBears 🤯

DO NOT kick the ball to Semi Radradra, you have been warned!

Bears hooker Harry Thacker was in a celebratory mood after his side’s victory.

From the Championship to a European title in 2⃣ years 🤯

What dreams are made of 🐻 pic.twitter.com/7DJjISKJXC

Cheers from the team at Backline Wines.. Have a great weekend
🛹🍷❤️ #doggface https://t.co/pbCPV9ks3f pic.twitter.com/WUBcFkFqeD

Elsewhere, the guys at the official All Blacks Twitter page were not impressed by this video of American footballers playing without pads or helmets – something which is the norm in rugby union.

The All Blacks were in fine form in their Bledisloe Cup Test at Eden Park and they have unearthed a new sensation in rookie flyer Caleb Clarke. He certainly got the crowd off their feet with this barnstorming run.

In the build-up to that Test, All Blacks utility back Damian McKenzie had this funny response to a question at a press conference.

This is absolute gold from Dmac 🤣🤣 pic.twitter.com/Q3xyolyBQc

Meanwhile, Duncan Weir turned some heads with this hairstyle at a Scotland training session.

Scotland fan Graham Love was on form with this take on Finn Russell’s and Gregor Townsend’s relationship, hinting that the player and coach may not have made up after all.

And finally, every Saracens player seems to be getting a call from the Barbarians apart from front-rower Richard Barrington. He is waiting patiently though.