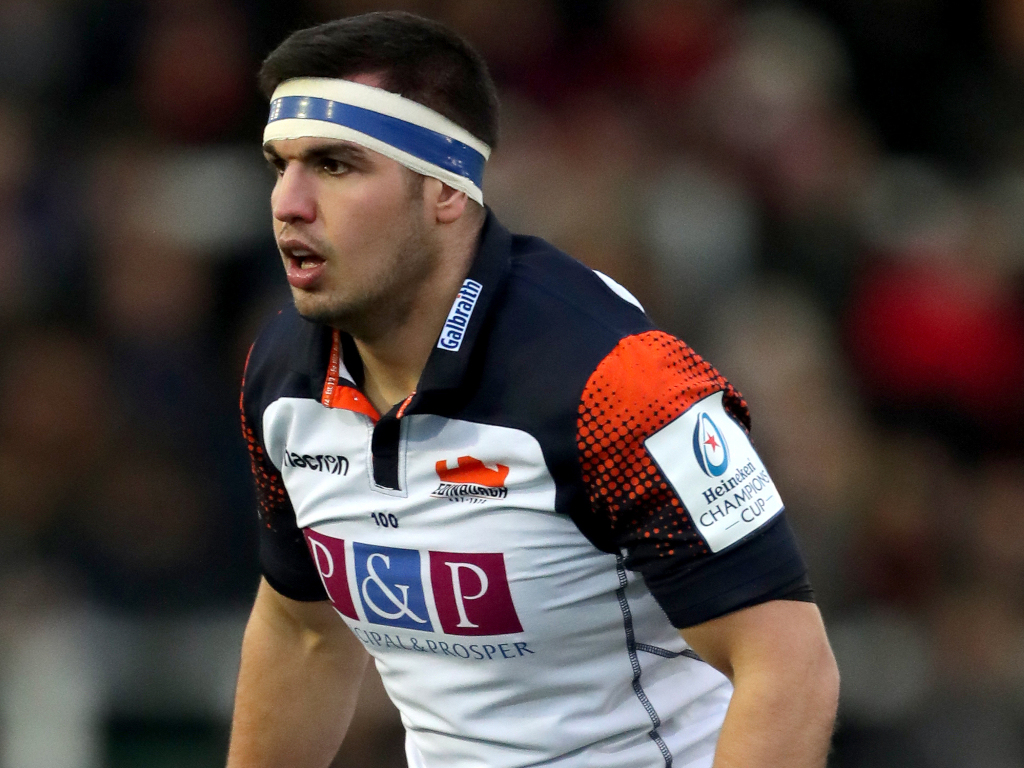 Edinburgh have announced that their captain, and Scotland international hooker, Stuart McInally has committed his future to the PRO14 outfit.

McInally, 29, signs a new long-term deal with his hometown team, whom he joined as an academy player in 2009.

The 32-times capped Scotland star – who was named club captain at the beginning of the 2018/19 season – has made 142 appearances in 10 seasons with Edinburgh and is currently 10th on the club’s all-time appearance list.

On penning a new long-term deal, McInally, said: “I’m really pleased to have extended my stay at Edinburgh.

“The make-up of the squad, from players, strength & condition, medical and coaches is as strong as it’s been during my time here, and I’m excited to be part of an ambitious group moving forward.

“Rugby-wise, I believe this is the best place for me to play and improve to become the best player I can.

“From an off-field perspective, I have a brilliant support team here in Edinburgh and their help in developing my next career as a commercial airline pilot is invaluable.”

“Whether it’s in a match, meeting or training, he leads by example. That leadership and captaincy is vital to this club, and it shows in the respect he commands across the squad.

“We’re delighted that Stuart has re-signed on a long-term deal. He’s another local, Scottish international player who wants to represent this city.”

Having come through the ranks at the city’s George Watson’s College – for whom he was head boy – McInally joined the club’s academy in 2009 in a class that included fellow Edinburgh Rugby centurions Tom Brown and Grant Gilchrist.

Then then-back-row made his debut from the bench against Munster in September 2010, before making his first start for the club in a 24-19 win over Connacht at Murrayfield that November.

McInally became a regular in the capital club’s back-row during his second full season in professional rugby, featuring in 15 total fixtures, while he grabbed his first try for the club in a 19-20 European away win over London Irish in November 2011.

After switching from back-row to hooker in 2013 – a period that saw McInally join Bristol Bears on a shot-term loan in 2014 – he returned to the capital to make his Edinburgh front-row debut against Ospreys in March 2015.

Subsequently, McInally was named in the Scotland squad ahead of the 2015 June Tests and made his international debut against Italy in Turin. The hooker went on to be named in the national team’s squad for the 2015 Rugby World Cup, but injury prevented him from taking part.

On the club front, McInally made his 100th Edinburgh Rugby appearance against Connacht in April 2017, before enjoying a stellar campaign in 2017/18 as head coach Richard Cockerill took the reins in the capital.

In a breakout year, McInally led his hometown club to the PRO14 Final Series for the first time in its history, while he started all but one of Scotland’s games in both the Six Nations and November Tests, scoring three tries against Samoa (2) and Australia.

McInally was voted as the club’s Player of the Year following 2017/18 and was named as Scotland captain for the national side’s June tour to North America.

Named as club captain to begin the 2018/19 season – a year in which Edinburgh returned to the Champions Cup for the first time in five years – McInally skippered the capital side to memorable wins over Toulon, Newcastle Falcons and Montpellier as Edinburgh reached the quarter-final stages of the tournament.

The hooker continued as Scotland captain for the 2019 Rugby World Cup in Japan and featured in all four pool fixtures against Ireland, Samoa, Russia and Japan.

Cockerill once again named McInally as Edinburgh’s club captain ahead of the 2019/20 season and the hooker returned to action to help the capital club secure their first win against Munster in Cork since 2004.

After starting in Edinburgh’s 29-19 bonus-point second leg win over Glasgow Warriors in December 2019, McInally was named in Scotland’s squad for the upcoming Six Nations campaign.