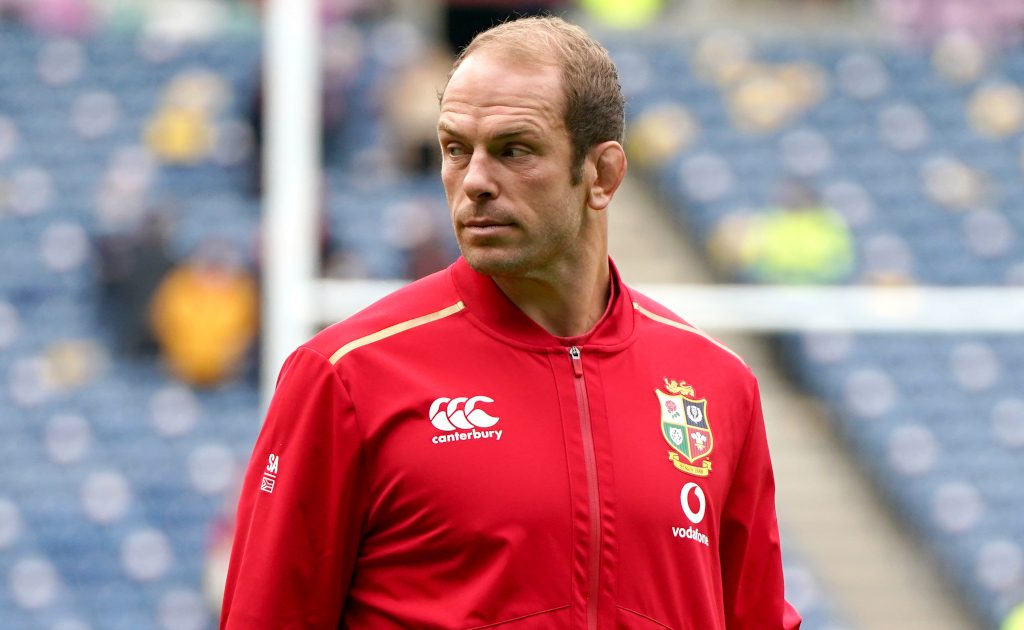 Stuart Hogg will seek advice from Alun Wyn Jones ahead of facing the Sigma Lions after being named British and Irish Lions captain for the first fixture on South African soil.

Jones was ruled out of the tour by a dislocated shoulder and while Conor Murray has been appointed as his permanent replacement, it is Hogg who leads the Lions into their Johannesburg opener.

A rollercoaster end to the club season saw Hogg demoted to the bench in the closing stages of Exeter’s Premiership title push, but the Scotland skipper is now thrust into the Lions starting XV at the earliest opportunity.

And having been placed in command as the tourists look to build on their 28-10 victory over Japan at Murrayfield, Hogg has revealed the influence that Jones still wields over Warren Gatland’s squad.

“I’ll probably pick up the phone to Alun Wyn over the next couple of days and pick his brains,” Hogg said.

“Obviously I was bitterly disappointed for him picking up an injury, but he’ll have a huge impact on this tour in terms of what he’s done over the last few weeks and what he’ll do moving forwards.

“He’s an absolute legend of the game so I’ll definitely be picking his brains, that’s for sure.”

Hogg has beaten the likes of Owen Farrell, England’s leadership talisman, and Maro Itoje to the captaincy for the Emirates Airline Park showdown after Gatland was won over by his calmness, adding that “he delivers clear and concise messages without rambling on and raving”.

But it is to the Red Rose that the 29-year-old full-back looks when he reflects on the past Lions captain that he admires most.

“After watching the 1997 Lions video about a million times and being able to quote about 90 per cent of it, I’d probably say Martin Johnson. I absolutely loved it,” Hogg said.

“The thing for me about being captain is that it doesn’t change anything you do. You go out there and be yourself. I’ve never been the one to scream and shout and boss people around, I like to lead by the way I perform.”

Hogg is one of five Scotsmen in the starting XV with Finn Russell, the box office Racing 92 fly-half, also making his first appearance of the tour.

Russell forms an intriguing 10-12 axis alongside Owen Farrell with both of them rivals for the role of chief conductor when the Test series against the Springboks opens on July 24.

Gatland said: “They’ve worked really well together. Owen has a huge amount of experience. This is his third tour and he’s captain of England, so he’s adding a lot to the environment.

“Finn has a slightly different way of playing. He’s matured amazingly in the last few years in terms of his game management.

“We know what flair he has from an attacking perspective, but it’s also those deft attacking kicks that he’s able to bring to the game. It’s pretty exciting to have a look at that combination.

“We do want to have a look at Owen at 10 at some stage as well and give him an opportunity there because that’s where he’s been picked. But we know he’s equally comfortable in the 12 position.”

Next Wednesday’s match against the Sharks has been bought forward by an hour to 6pm to avoid a potential clash should England’s football team reach the semi-finals of Euro 2020.