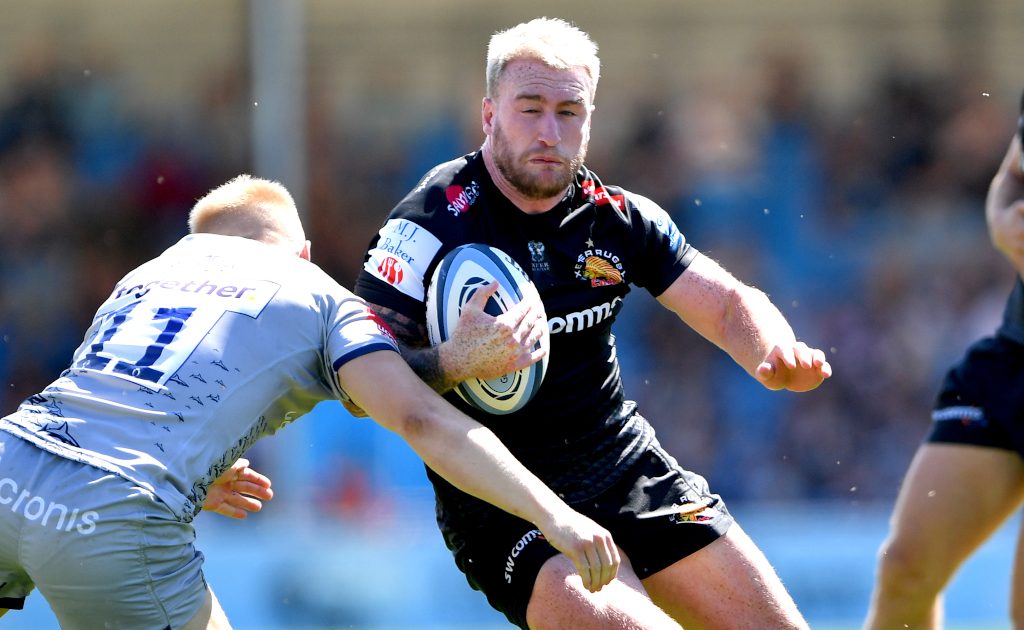 Exeter Chiefs director of rugby Rob Baxter is likely to welcome back Stuart Hogg to his squad for their next game against Sale Sharks but remains without three Lions.

Baxter has stressed that he is not “waiting for the cavalry” to return to the Chiefs team after losing their first two matches of the Premiership campaign.

Negatives to Leicester Tigers and Northampton Saints follow losing last season’s Premiership final against Harlequins as they eagerly look to stop the rot.

Scotland star Hogg is in contention for selection for the first time since his summer involvement with the British and Irish Lions heading into Sunday’s game.

But England trio Luke Cowan-Dickie, Sam Simmonds and Jonny Hill – who also toured South Africa with Warren Gatland’s side – will not be considered for action for at least a further week due to their agreed rest periods.

Director of rugby Baxter, who additionally has had a series of injury issues to contend with, said: “We’ve got a few more players available this week and then we’ve picked up a couple of injuries as well. That’s how a season goes on.

“I’m not someone who looks around the corner waiting for the cavalry, we’ve got to get on with it.

“The sparks of wins are there – I’m not despondent and wondering what to do.

“But, at the same time, I’m also not going to be complacent enough to think a change of players will change things.

“You’ve got to work to improve all the time and whether it’s two games down (lost) or two games won, that scenario doesn’t change.

“Sometimes you’ve just got to take it on the chin and keep moving forward.”

Exeter were beaten 34-19 at Leicester on the opening weekend, before suffering a narrow 26-24 loss at home to Northampton last weekend.

Scotland internationals Jonny Gray and Sam Skinner, back-row talisman Dave Ewers, South African powerhouse Jacques Vermeulen and England back Jack Nowell have each been absent due to time in the treatment room.

Baxter did not expand on the current injury status of individuals but confirmed Hogg is ready to feature at AJ Bell Stadium.

The influential 29-year-old started the opening two Lions tests against the Springboks before the disappointment of being dropped for the series decider, with his club coach urging players not to dwell on the past.

“The biggest thing we’ve got to stop doing as a club is looking back, because whatever has been behind us is exactly that, it’s behind us.

“I think it’s going to be exactly the same challenge for the Lions guys, whether it went well or badly; it’s the same for us looking back as a club on a ridiculous 12-month period where we went from winning the double to getting straight into another final – we’ve got to stop looking back and look forward.

“That’s very much my attitude with Stuart. We had our discussions post-Lions, they were a while ago, we don’t need to have them again.

“All that Stuart needs to know from me is we’re keen to get him on the rugby field, we’ve got a lot of faith in his ability to get over whatever little blips or whatever anybody thought about the end of last season and get on and show what a good player he is.”