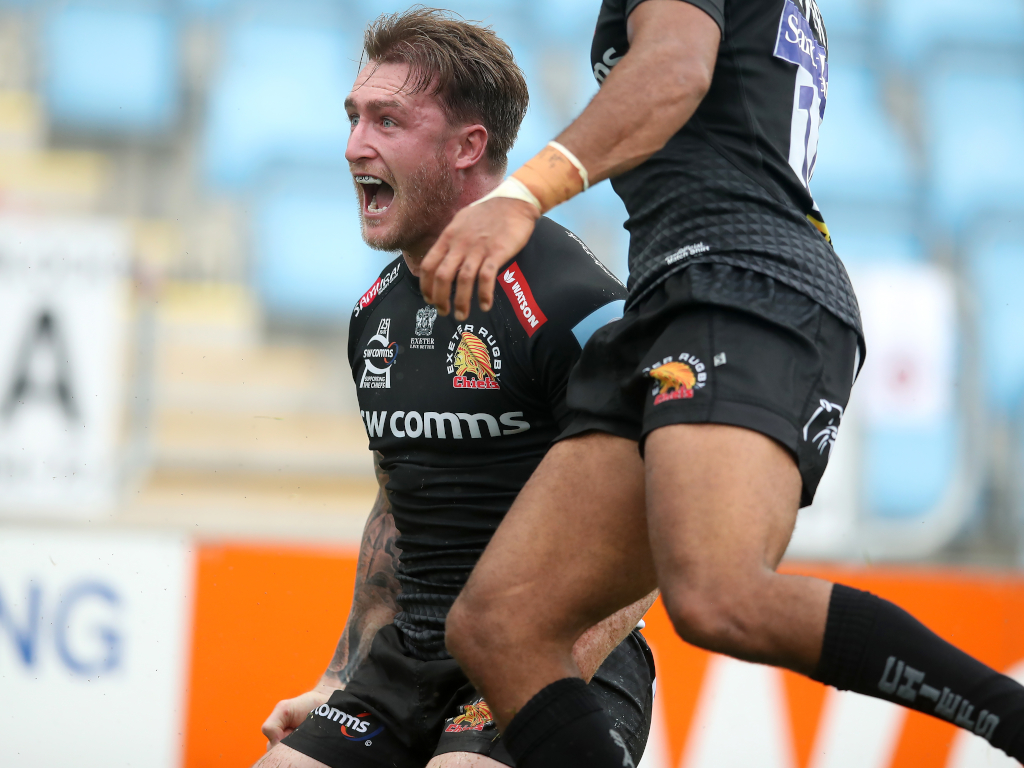 Exeter suffered an injury scare when their Scotland international Stuart Hogg limped out of the Chiefs’ 35-22 Premiership victory over Gloucester.

The Exeter full-back appeared to have a problem with the top of his right leg, and went off early in the second half at Sandy Park.

“We will wait for 24 hours – we are being fairly cautious,” Exeter forwards coach Rob Hunter said.

“We won’t take any risks, and we will see where he is at.”

Exeter reached the play-offs with three games to spare, and they look unstoppable in pursuit of a fifth Twickenham final appearance on the bounce.

Hunter added: “We weren’t brilliant for the 80 minutes, and it proved we are human.

“It’s a good reminder. Everyone is talking about this procession, but it is not that simple and there will be a lot of teams who will be happy to knock us over.

“What tonight showed is that if you are not at 100 per cent, you can actually put yourself under pressure.

“Gloucester threw the kitchen sink at us. We have been pretty good to this stage – the results we’ve had show that.

Read all about it in our #GallagherPrem round-up of the early games. 👇 https://t.co/HpJwIOpp9p

They led by a point after ex-England wing Matt Banahan’s try and a Billy Twelvetrees penalty, while the former added a second touchdown and flanker Josh Gray also crossed, with Twelvetrees landing two conversions.

Gloucester head coach George Skivington said: “It’s a good chance that will be the team (Exeter) playing in the grand final and potentially winning the league.

“We threw ourselves in at the deep end and asked who wants to be a top Premiership player. They showed real fight.”

Gloucester’s next Premiership game – against Harlequins at Kingsholm on Monday – will be the league’s second crowd test event, with the attendance capped at no more than 1,000 people.

And Skivington added: “It’s brilliant. The Gloucester fans watching that on television can be really proud of what they saw, and I think it will be great to get them in the stands and let them see it first-hand.

“I would like to meet a few of them as well!”