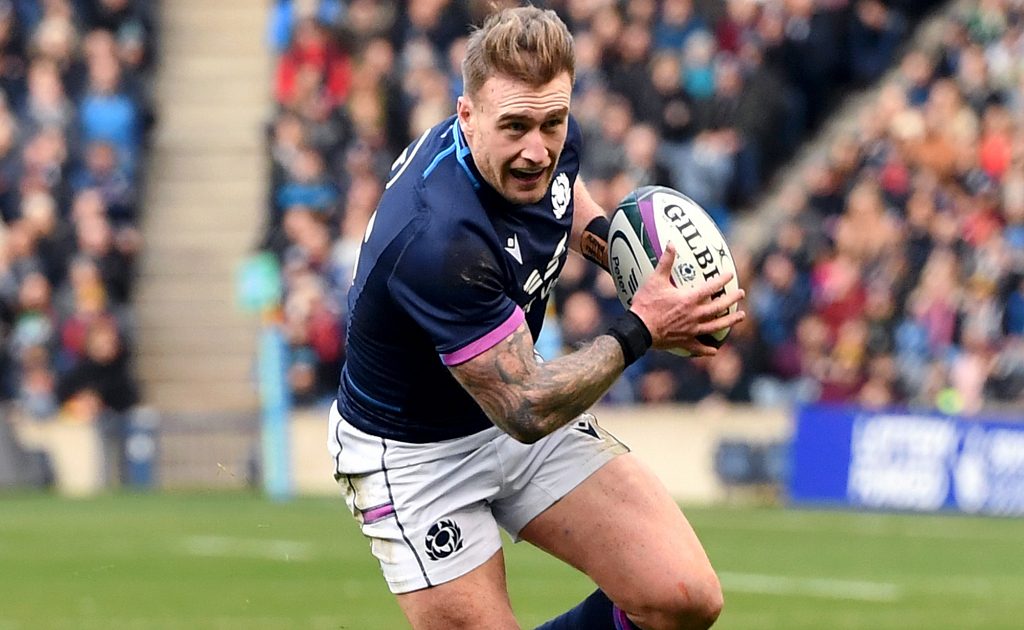 Stuart Hogg was a happy man after he became Scotland’s highest try-scorer during their 29-20 Autumn Nations Series win over Japan at Murrayfield on Saturday.

The Scotland captain was in a jubilant mood and was celebrating before dotting down for his 25th Test try after gathering a pass from Finn Russell in the build-up.

The momentous score means the full-back moves ahead of Ian Smith and Tony Stanger, whom he drew level with after scoring a brace of tries against South Africa on November 13.

Hogg, reluctant to make too much of his own exploits, said: “I loved it, I loved it. But then I was told by Ali Price and Hamish Watson to put the ball down before celebrating. I think you can see by my reaction how much it meant to me. The main thing, though, is we got a good win.”

The victory was sealed by a 79th-minute penalty from Russell which took the Scots an unassailable nine points clear of the Brave Blossoms, but only after the Racing 92 player had pondered kicking for the corner. Russell eventually went for the posts after being instructed to by Hogg.

Hogg laughed it off afterwards, saying: “Finn told me after the game he was only winding me up! There was three of us against him so I’d like to think he was going to listen to us.

“It was never in doubt that we would be going for the posts but he just thought he’d try and waste a bit of time by winding me up, and wind me up he did!”

Hogg was pleased with the way Scotland played as they rounded off their autumn series with a third win from four Tests.

He said: “The performance wasn’t far from where we need to be. At times we were spot on. The first period defensively we were absolutely outstanding. There were little bits we lit slip.

“We’ve managed to win three out of four Test matches in the autumn and the exciting thing for me is that we’re not quite satisfied with everything that happened. It was our last opportunity together for a couple of months so we wanted to put in a performance we were proud of, and at times we were very clinical and we were good defensively.

“We’re yet to find that complete 80-minute performance but I think part of that was because we were put under a lot of pressure by Japan who managed to hold on to the ball for large periods of the game.”

He said: “What a brilliant moment for him. He didn’t have to wait long after equalling it last week. I read a nice article in the programme from Tony Stanger who shared that record that had lasted almost 100 years so it’s brilliant that our captain was able to break that today.”

Reflecting on the match, Townsend was pleased with the way his side dealt with a Japan team who had defeated them at the World Cup a little over two years ago.

He said: “It was a real Test match. Japan showed the level of play we saw from them in 2019. They are an ambitious and accurate team and they’re the only team I can think of in world rugby who keep the ball in their own half and go through the phases.

“I’ve got to commend our defensive effort. We had to come through adversity too, with penalties against us and the yellow card (for Jamie Bhatti). I felt our contact work in attack was the best it’s been in the whole campaign and that was something we were focused on improving, so that was pleasing.”

Meanwhile, Robbie Henshaw has revealed that fierce competition and a demand to repeat their recent display against the All Blacks are driving Ireland’s players.

The 28-year-old is set to return to action when Ireland host Argentina in Dublin on Sunday, after last playing during the British and Irish Lions’ Test series against the Springboks.

Henshaw was in the crowd at the Aviva Stadium during Ireland’s memorable 29-20 victory over New Zealand last weekend but has recovered from a foot injury sustained during a Leinster training session.