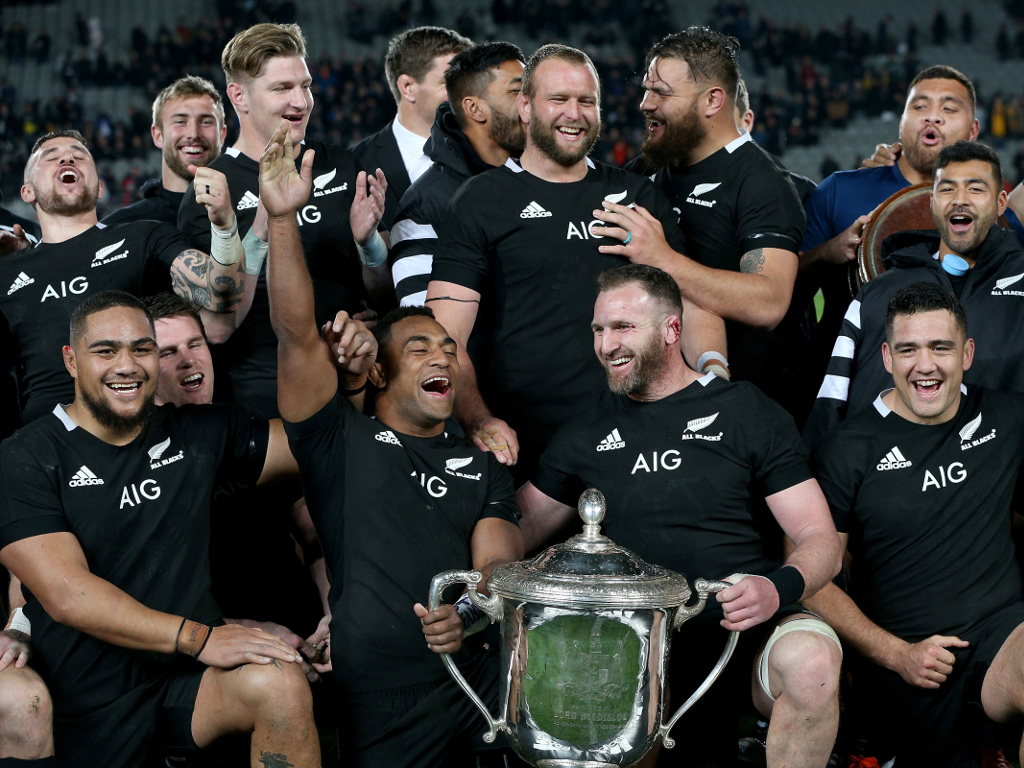 Hansen was understandably delighted by his team’s composed showing and response to the previous week’s defeat, at the hands of the same opponents, in Perth.

The All Blacks’ response was to be expected, particularly at the Eden Park fortress, where they have not lost to the Wallabies since 1986.

Hansen called last week’s result a “punch in the face” for his team and expected the team to respond as they did.

“If you get comfortable, you’re going to get a punch in the nose,” he said.

“You’ve got to be comfortable being uncomfortable and sometimes in life when you’re successful that catches up with you.

“You can feel the difference. We got toweled up last weekend I’m not sure that any All Blacks team has enjoyed that experience – and this one didn’t.

“What we couldn’t see was where Australia were. It only takes a small degree of change and maybe you don’t see the result you saw last week.”

Wallabies coach Michael Cheika said his team’s drubbing won’t convince him to throw away Australia’s gains over the last year.

Cheika and captain Michael Hooper were bitterly disappointed with the loss, but the coach was unwilling to allow it to ruin the momentum the team has built this season.

“Confidence won’t be dented but disappointment is there,” said Cheika.

“But regardless, we’ve improved a lot since ’18 – on the field and off the field – and we have to take it on the chin.

“And as terribly disappointed as I am about the game, I’m not going to throw them away, I’m going to put them into context.”

Instead Cheika said the Wallabies had to continue to build on the performances that led to the Perth win.

“And be resilient, don’t let this get you down,” he said.

“You’re going to be sad and disappointed but suck it up and get ready for the next one.

“And build into the World Cup just how we’ve always planned to.”

Cheika said the loss would not affect his selections for the World Cup ahead of the announcement of his 31-man squad on Friday.

“We wouldn’t have pre-empted anything,” he added.

“We just wanted all the games to play out and then we’ll sit down early in the week and get it done.”