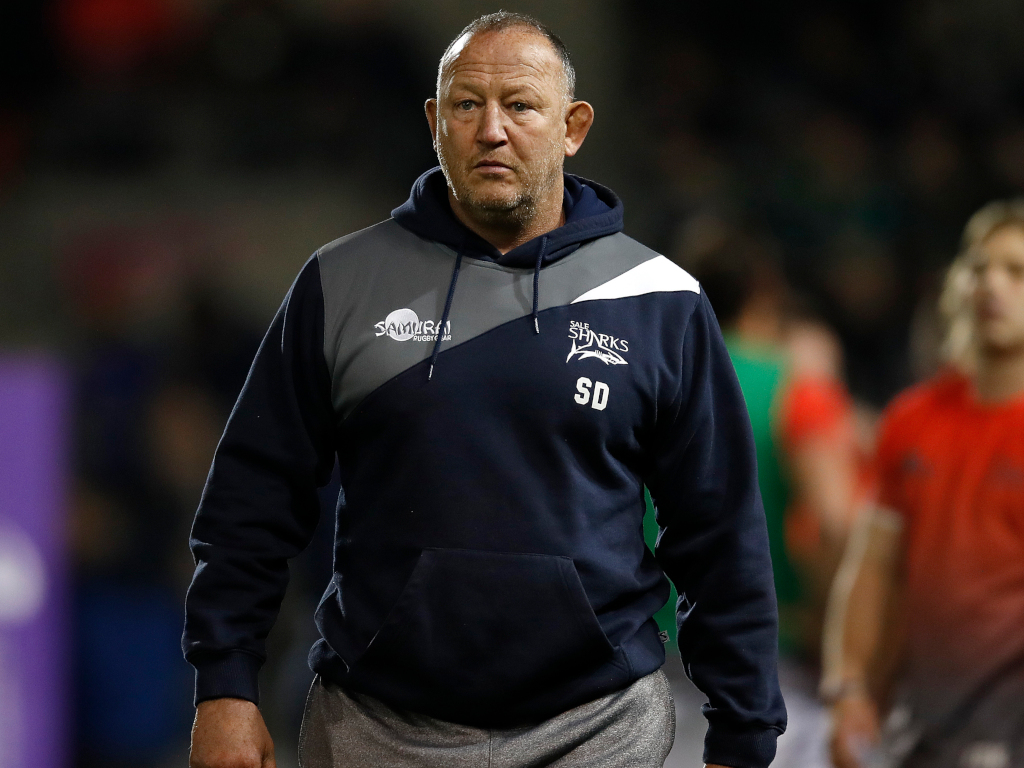 Sale boss Steve Diamond felt there was plenty of room for improvement after his side held on to beat Northampton 32-23 in their Premiership opener.

The Sharks ran in four tries at the AJ Bell Stadium to claim a five-point success, but they needed to overcome a nervy finish as the visitors got back within six points in the latter stages.

“I thought we came out of the blocks pretty well,” said director of rugby Diamond, whose side led 17-0 after 20 minutes.

“We worked on cooling their enthusiasm because everyone’s making a fresh start and they are a massive team. I think we did that really well and we raced into a lead, but we couldn’t build on it.

“There is plenty to work on moving forward. There is a little bit of frustration, but I’m not too harsh on them. It’s their first run-out and we haven’t been able to do too much contact under the Covid regulations.

Akker van der Merwe, Dan du Preez and Simon Hammersley touched down for the Sharks before AJ MacGinty, who finished with a personal haul of 14 points, claimed what proved the decisive try in the second half.

It was a satisfactory start for Sale after the frustration of last season’s controversial ending, when a coronavirus outbreak forced them to forfeit their final fixture and consequently a shot at the play-offs.

The Premiership announced on Thursday that points will now be distributed more evenly in the event of further forfeitures.

Diamond said: “I haven’t looked at that fully yet but I think it’ll be good.

“We were a victim of the system last time and we didn’t complain about it. It was just an unfortunate circumstance.”

Northampton director of rugby Chris Boyd confirmed after the game he has signed a one-year contract extension, committing him to the club until 2022.

The New Zealander said: “It was a tough decision from a family point of view and the Covid situation hasn’t made it easier, but I’ve loved the challenge. I love the people here. It is a good passionate organisation.

“At the end of the day I’d like to leave something solid behind and it’s going to take one more year, so it was a pretty easy decision.”

Boyd was encouraged by Saints’ display.

He said: “I thought we had a good all-round performance. I don’t think anybody stood out. We were good across the board without being brilliant.

“It wasn’t a lack of willingness or intent, but at times we weren’t accurate enough. We lost some key moments.

“That’ll lead to a pretty aggressive review. When you know what is coming you have got to get yourself in the right position and do the right thing.”