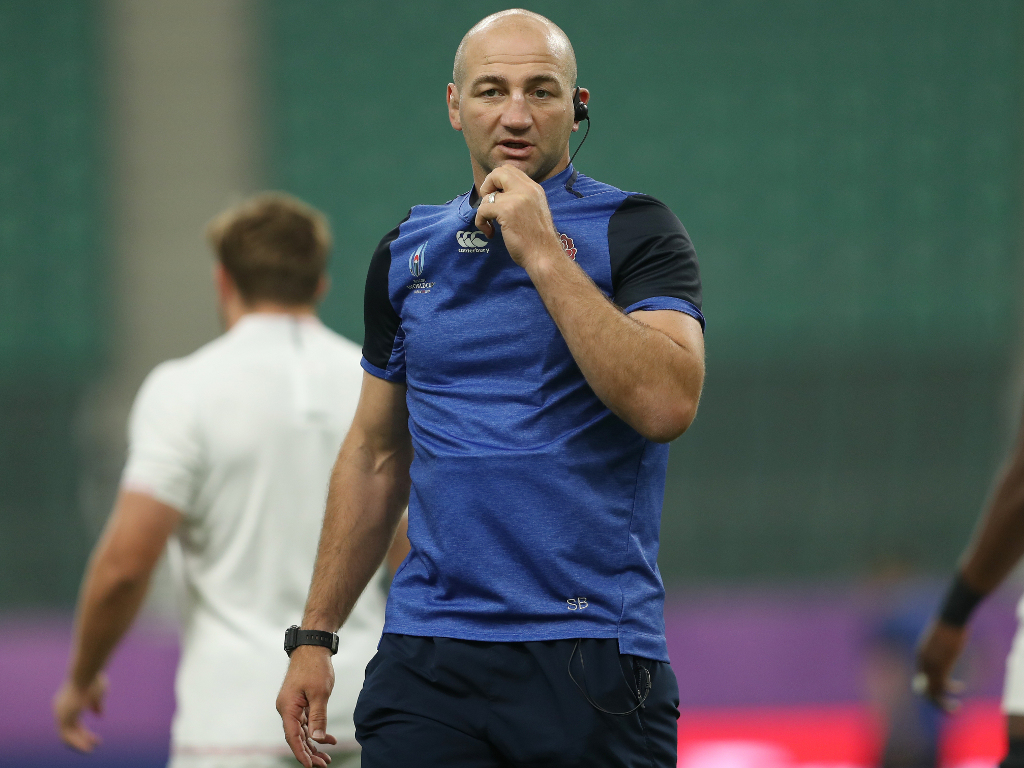 England assistant coach Steve Borthwick will leave his role with the team at the end of the season with Jason Ryles joining in November.

Borthwick joined Eddie Jones’ staff as his first appointment and one of his key coaches in December 2015.

As one of the brightest young coaches in the country he has led the development of England’s forwards over the last four years. For the upcoming campaign Borthwick will change role from forwards coach to skills coach.

In that period England have won two Six Nations titles including a Grand Slam in 2016, a 3-0 away Test series win against Australia in the same year, an unbeaten run of 18 matches equalling New Zealand’s record and finalists at this years’ Rugby World Cup in Japan.

He also played a similar role on the British and Irish Lions’ tour of New Zealand in 2017 which saw the side draw the Test series against the All Blacks.

Jones said: “I have had a great seven years with Steve. He is a loyal, hard-working and analytical coach but I understand he needs now to get out on his own following this campaign. He’s made that decision and we are really pleased for him.

“He created a great lineout for England and really developed the young guys. If you look at someone like Maro Itoje, he’s become a world-class lock under Steve. He has also turned our maul into a weapon for us and he’s done brilliant work co-ordinating the England programme. We will miss him greatly.

“One of my roles has been to develop English coaches and so it has been great to see coaches leave this programme to further their careers with the likes of Paul Gustard at Harlequins and Neal Hatley at Bath Rugby. We have put three good young coaches back into the system.”

Borthwick said: “The past four years has been an incredible journey for me with this England team. I have enjoyed the experience working with such a talented and special group of players. It has been great to work for Eddie over this period of time and I would like to thank him and the other coaches and staff for all their support and help.”

“I am very proud of what we have achieved as a team since 2016, culminating in a Rugby World Cup Final last year. Having come back from the Japan, spent time with my family and reflected on my time with England, I have decided to step away from the role towards the end of the season.”

The 40-year-old played in 57 Tests for England at lock from 2001-2010 and captained the side 21 times. Jones was quick to appoint Borthwick as Japan’s forwards coach in 2012 immediately after ending his playing career. Japan went on to a famous victory over South Africa at the 2015 Rugby World Cup and were unlucky not to progress to the knockout stages of the tournament.

He captained Bath, led Saracens and became a Premiership winner in 2001, as well as representing England Schools, Colts U21 and Saxons. He made 265 Premiership appearances, a record at the time.

Ryles, who is currently coaching at the Australian Rugby League side, Melbourne Storm, will join Jones’ coaching staff ahead of the Quilter Internationals later in the year as skills coach.

He has been assistant coach of Melbourne since 2016 and helped them to Premiership success in 2017, two other grand final appearances as well as last season’s Minor Premiership. He was also assistant coach for the Junior Kangaroos in 2016 and 2017 and the New South Wales U20s State of Origin side in 2012. He has briefly spent time in recent seasons with England assisting Jones and his coaches.

The 40-year-old made his playing debut in 2000 for St George Illawarra Dragons before moving to the French super league side, Catalans Dragons, for two years. He returned to Australia in 2010 to play for Sydney Roosters and then the Storm in 2012. He played 15 times for the Kangaroos and represented New South Wales eight times in State of Origin.

Ryles said: “I am really excited about the opportunity to work in a world-class programme with the England national team and someone like Eddie with his experience is very appealing for me. It will be a real honour to work with some of the best coaches and so many quality England players.

“I was really impressed in the times that I have come into camp previously with how organised everything is and it’s been a really enjoyable experience from which I have learned a lot. My background as a former rugby league player and coach I hope will be really useful and add to the overall programme.

“I’d like to thank Storm for the great opportunities the club have given me both as a player and a coach. I’ve loved my time at this club, working alongside a great group of coaches and players, and our family has certainly enjoyed life here in Melbourne.”

Jones said: “We are really pleased that Jason Ryles will be joining us as skills coach in November after his commitments finish with the Melbourne Storm. He has worked intermittently with us over the last few years so has a good awareness of the setup. He comes from a rugby league background and we feel what he can offer as a coach, particularly with the forwards around the ruck, will help us with the way the game is going.”