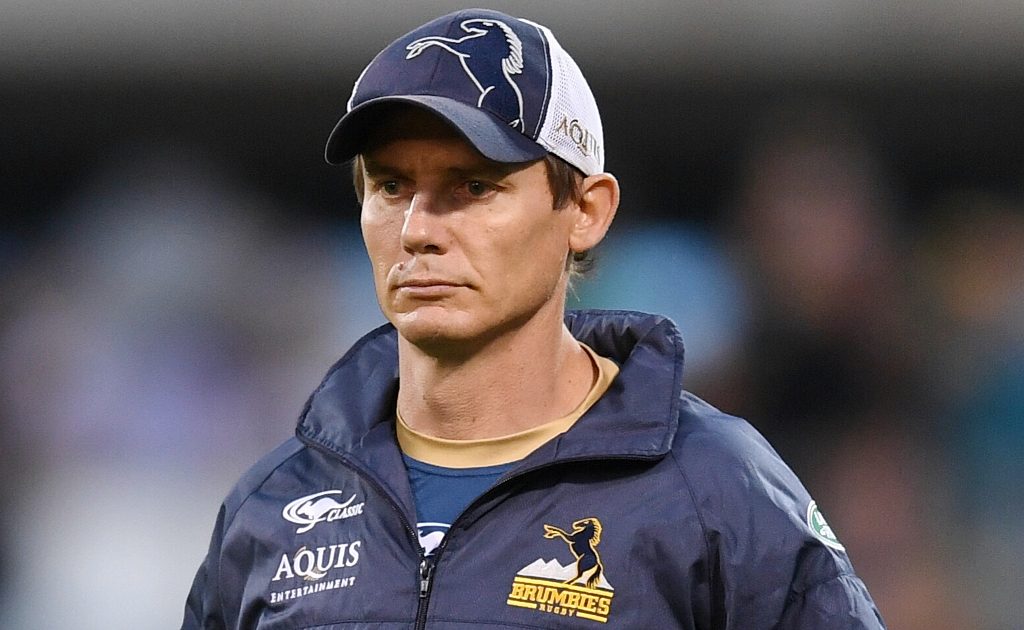 Stephen Larkham will return to where it all began, after it was confirmed that he has signed a two-year deal as the Brumbies’ new head coach.

Less than 48 hours after confirming his exit from Munster, the Canberra-based club announced the 1999 Rugby World Cup winner will take over as their coach from 2023.

This comes as current Brumbies head coach Dan McKellar opts to take up a full-time role with the Wallabies at the end of the 2022 Super Rugby Pacific season.

Happy to be back

“It’s exciting to know I’ll be returning home to the Brumbies and to Canberra with my family after finishing up my time in Ireland,” Larkham said in a statement.

“Playing for the Brumbies as a Canberra local was obviously a special time in my life and the club were very supportive in my transition into coaching so I want to thank Phil (Thomson, CEO) and the Brumbies board for giving me this opportunity to come back and represent the club again as head coach.

“I’ve developed and learnt a lot both as a person and as a coach in these past couple of years, and I’m looking forward to bringing that experience back to the Brumbies to ensure their continued success.

“Moving forward for this season, I’ll be supporting the Brumbies as always from here in Ireland but my only focus now is on finishing off my time with Munster on a high.”

Larkham returns seven years after his first stint as head coach with the Brumbies alongside current assistant coach Laurie Fisher, before departing after the 2017 season.

The excitement was shared by Brumbies CEO Phil Thomson, who is delighted to bring Brumby number 13 and one of three inaugural club legends back home.

“This is a very good appointment for the Brumbies, and we’re delighted to be able to bring Stephen home to the club which he has served so well as a player and as a coach,” he said.

“Stephen has been integral in the Brumbies history and while it will be difficult to replace Dan, having Stephen re-join to continue on his exceptional work over these past four seasons, five at the end of 2022, is fantastic for the team and the club.

“Through the recruitment process, Stephen proved to be the strongest candidate, and his appointment gives us an opportunity to continue the progress we have made on the field, and what we can add to that in 2022.

“Making this appointment now puts us in a position where we have certainty for the players, and it is also important that we have continuity and stability for our existing staff and the organisation moving forward.

“With this process now completed, the team and organisation can now fully focus on the 2022 Super Rugby Pacific season.”