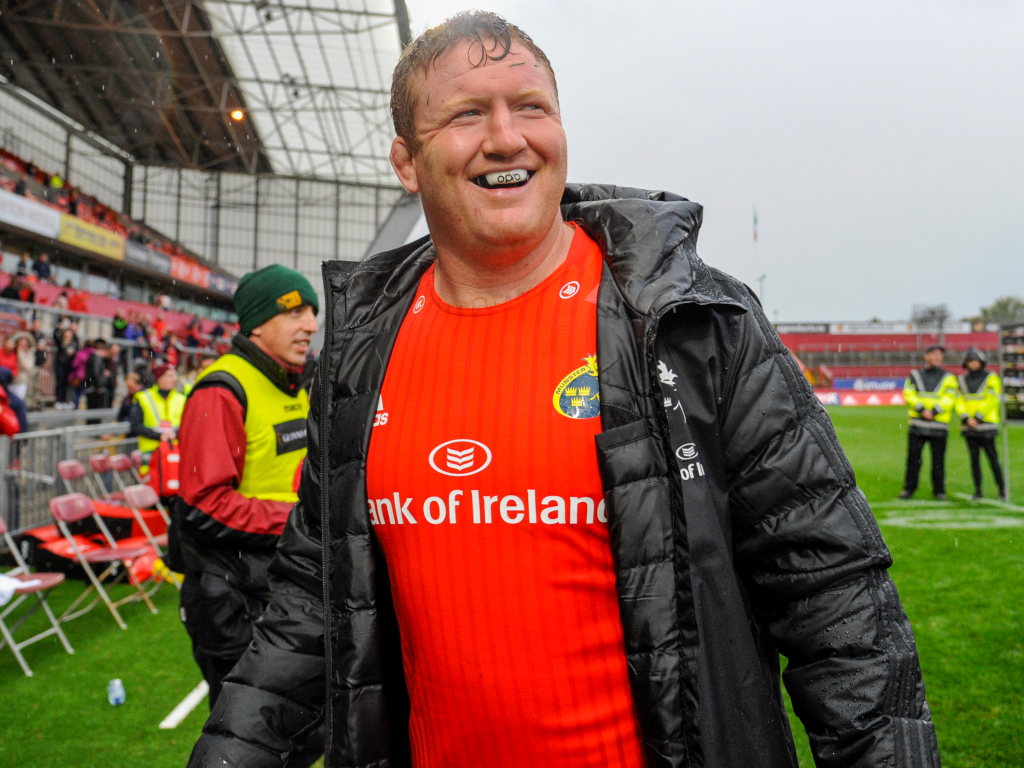 The seventh round of the PRO14 starts on Friday with Ulster hosting Scarlets at Kingspan Stadium while Munster face Edinburgh at Irish Independent Park.

Louis Ludik will earn his 100th Ulster cap on Friday, as he is named to start at full-back against Scarlets.

Fan favourite Ludik, who made his debut against the same opposition in September 2014, will be joined in the back three by the returning Craig Gilroy and Robert Baloucoune, who is set for his first start of the season.

Matt Faddes and Bill Johnston are the other changes to the backline, with Faddes joining Stuart McCloskey in midfield and fly-half Johnston partnering scrum-half John Cooney.

The front-row remains unchanged; Eric O’Sullivan will play loosehead prop, Rob Herring starts at hooker and will captain the side, and Marty Moore will start at tighthead prop.

Kieran Treadwell is one of two changes among the forwards, coming in to start alongside Alan O’Connor in the second-row. Matthew Rea returns to start at blindside flanker while the versatile Sean Reidy moves to openside, and Marcell Coetzee remains at number eight.

Summer signing David O’Connor, brother of Alan, is set to earn his maiden Ulster cap if called upon from the bench.

Adam McBurney, Andrew Warwick, Tom O’Toole and Nick Timoney will provide the forward options from the bench along with O’Connor. David Shanahan – who is set to hit the 50 cap milestone – Angus Curtis and Angus Kernohan will cover the back-line.

Meanwhile, Tonga international Sam Lousi will make his Scarlets debut in this fixture.

The second-row comes into the starting line-up as one of eight changes, one of them positional, from last weekend’s last-gasp European Challenge Cup defeat in Toulon.

Signed from Super Rugby side the Hurricanes, the 6ft 6in Lousi adds further strength to the Scarlets’ second-row pool and partners Lewis Rawlins in Belfast.

Scarlets are without a number of their international players who are involved in Wales’ match against the Barbarians in Cardiff, but have had Steff Evans, Ryan Elias and Samson Lee released for PRO14 duty.

With Johnny McNicholl absent for the first time this season, Evans moves from wing to full-back, allowing Morgan Williams to come in for his first start of the campaign.

Kieron Fonotia is missing after picking up a calf strain so Paul Asquith links up with skipper Steff Hughes in midfield. Dan Jones and Kieran Hardy resume their half-back partnership in place of Ryan Lamb and Dane Blacker.

The front-row is the same as the one that took the field at the Stade Felix Mayol, with the other change coming in the back-row with Uzair Cassiem replacing Wales international Aaron Shingler.

South African Juandre Kruger will be with the squad in Belfast as a travelling reserve. Signed on a short-term deal, Kruger is flying home on Saturday ahead of linking up with the Bulls Super Rugby side.

Stephen Archer starts against Edinburgh on his 200th Munster appearance as the tighthead prop becomes just the 11th Munster man to reach the landmark.

Meanwhile, academy player Ben Healy makes his first PRO14 start at fly-half. The former Nenagh Ormond and Glenstal Abbey player was a Grand Slam winner with the Ireland U20s last year and plays his All Ireland League rugby with Garryowen.

Jack O’Donoghue captains the side with 11 of the starting XV products of the Munster academy.

Shane Daly starts at full-back with Calvin Nash and Alex Wootton named on either flank.

Dan Goggin and Sammy Arnold partner up in the centres with Nick McCarthy in the half-backs alongside Healy.

Liam O’Connor, Rhys Marshall and Archer pack down in the front-row with Fineen Wycherley and Darren O’Shea in the engine room, while O’Donoghue, Tommy O’Donnell and Arno Botha complete the side.

Here is your Edinburgh team to face @Munsterrugby at Irish Independent Park tomorrow night – brought to you by @Dentons. #MUNvEDI pic.twitter.com/un7iwHC9f1

For Edinburgh, they welcome back Scotland stars Stuart McInally and Hamish Watson to their starting line-up for Friday’s PRO14 Conference B clash.

Club captain McInally starts at hooker and makes his first appearance of the season, while Watson is once again fit following an injury sustained against Ireland in the opening match of the Rugby World Cup in Japan.

The returning duo are the only additions to the capital side as head coach Richard Cockerill names an otherwise unchanged starting XV for the match in Cork.

An unchanged back three sees Blair Kinghorn – a try-scorer in last weekend’s draw with Bordeaux-Begles – named at full-back, with wingers Duhan van der Merwe and Eroni Sau continuing on opposite flanks.

Scotland centre duo Matt Scott and Mark Bennett once again link-up in midfield, while fly-half Jaco van der Walt – who passed the 250-point mark for the club in last weekend’s European tie – and skipper Henry Pyrgos are selected at half-back.

McInally returns at hooker and packs down alongside Pierre Schoeman and Pietro Ceccarelli in an otherwise unchanged front-row, with club centurions Ben Toolis and Grant Gilchrist both selected in the second-row.