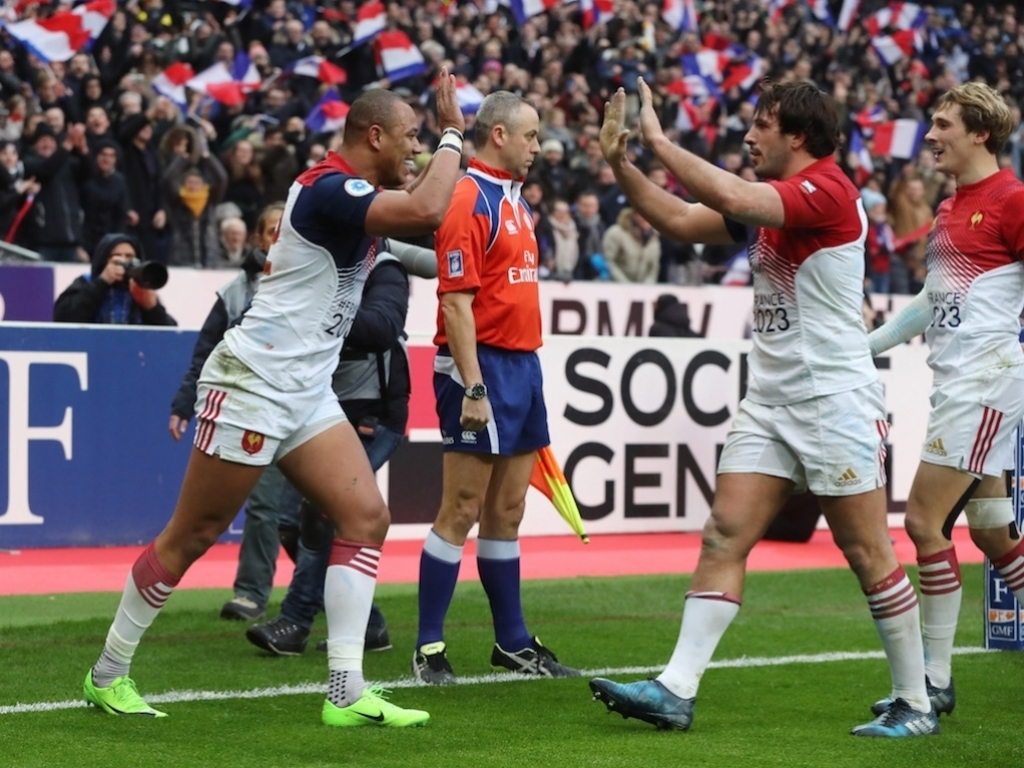 With the Six Nations now done and dusted, we look at the state of affairs in each of the competing nations. Next up, France.

A step up from fifth place in 2016 to third in 2015 certainly marks a change in fortunes for France, with Guy Novès winning one more match than last season and turning defeats from last year to Scotland and Wales this time around.

And les Bleus were never really out of the hunt in the clashes away at Twickenham and Dublin either, pipped by Ben Te'o's try and then ending up on the wrong side at the wrong time of a masterclass from Johnny Sexton.

Firstly the positives. Novès resisted tampering with his half-backs, allowing Baptiste Serin and Camille Lopez to develop some continuity, and it's no surprise as a result that Lopez in particular had his best run of performances.

Lopez also finished as the tournament's top points scorer, pointing perhaps to an end of France's goalkicking resting on the shoulders of their scrum-half (Yachvili, Elissade, Parra, Machenaud…)

Serin can kick for goal but the scrum-half without the weight of that on his shoulders is free to operate at his creative best, with some fascinating results and enough GIFs of his passing game to keep everybody happy. Antoine Dupont, who won his first two caps off the bench in the final two matches, still seems like the star of the future.

The good news for France isn't just at half-back though. This was a dominant tournament for France's scrum, with Cyril Baille emerging as a force at loosehead prop and les Bleus getting it right at tighthead eventually with Rabah Slimani as the starter and Uini Atonio waiting in the wings.

Louis Picamoles rightly stole the headlines with his performances at number eight but it was the emergence of Kévin Gourdon at blindside flanker that Novès will be thrilled about.

The flanker from La Rochelle, the surprise package leading the Top 14, brings so much energy to France's back-row and enjoyed an outstanding tournament, as France struggled for consistency on the other flank with injury forcing a rotation from Damien Chouly to Bernard le Roux to the uncapped Fabien Sanconnie.

Novès will have wondered all tournament long what might have been had Wesley Fofana not ruptured his Achilles prior to the start of the Championship.

Gaël Fickou filled in admirably but after strong tournaments for Lopez and centre Rémi Lamerat, who made our team of the tournament, the Clermont triumvirate might have helped to fix France's major problem – finishing.

Line breaks and offloads were never a problem for France but tries truly were, with eight scores across the five matches at an average of 1.6 per game.

Considering that four of those came against hapless Italy in Rome, that return looks even more feeble, particularly with proven finishers Virimi Vakatawa and Noa Nakaitaci out on the wings and with a rejuvenated Scott Spedding at full-back.

Stepping away from the finishing issue for a second, French rugby does appear to be getting a grip of what is required to compete at the top, an example being Bernard Laporte's plan to contract 40 players to the FFR.

Understandably the project faces a long road given the power of the Ligue Nationale de Rugby and the Top 14 clubs, but the ambition is clearly there to give France's coaching staff maximum time with their squad, and for the players to be rested as much as their English and Irish counterparts.

The scrum is firing, the lineout funcitioning under the guidance of Guilhem Guirado and Yoann Maestri, while progress in the back-row, half-backs and midfield and an improved position in the table are all huge positives.

But France need tries, desperately, if they are to crack England and Ireland's control at the top of the Six Nations next year. A three-Test tour of South Africa waits which les Bleus have every chance of winning given the Springboks' current slump.

How Novès will be hoping France get some return from those line breaks and offloads to build some confidence. The potential is there for France to produce much more.