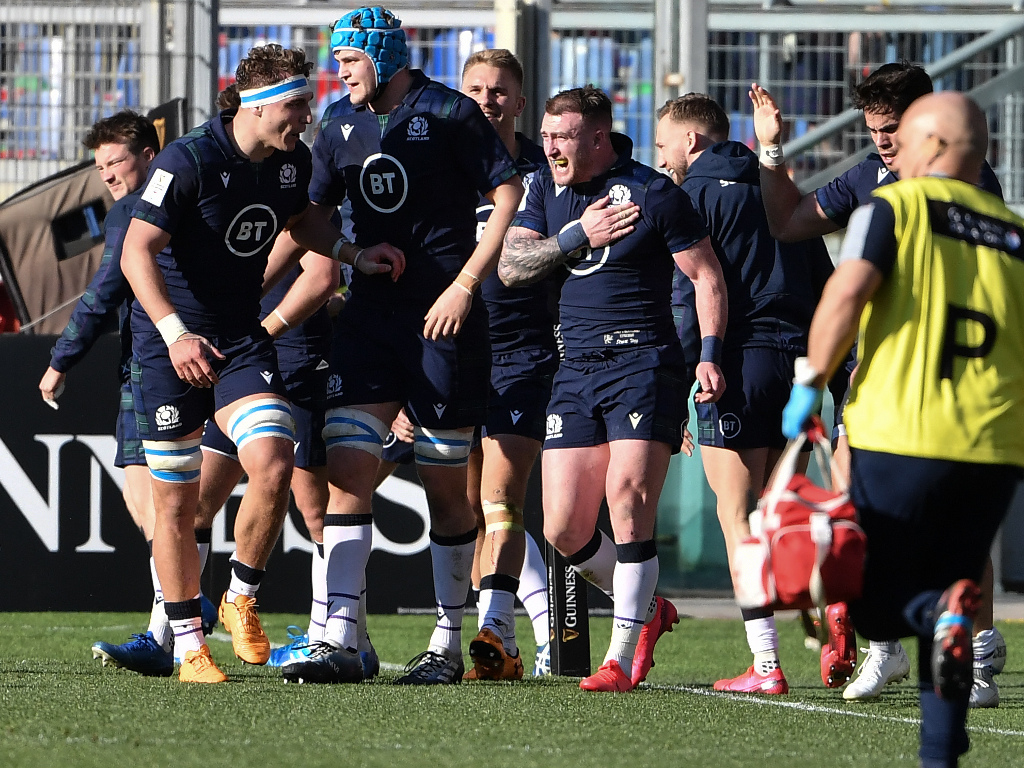 With the Six Nations done and dusted, for now at least, we look at the state of affairs in each of the competing nations. Next up, Scotland.

The Scots and particularly their head coach, Gregor Townsend, were under pressure to do well in the Six Nations after underperforming at the 2019 Rugby World Cup in Japan where they failed to advance to the quarter-finals.

Their preparations for this year’s Six Nations suffered a massive setback when star fly-half Finn Russell was ousted from the squad for a ‘breach of team protocol’ just over a week before their tournament opener against Ireland in Dublin.

The spectre of Russell’s absence loomed large over Townsend and his charges during the rest of the Championship and they started their campaign with back-to-back defeats against Ireland and England before bouncing back with triumphs over Italy and France.

The latter two results lifted the spirits in Scotland’s ranks and elevated them to third position in the standings. They were brimming with confidence ahead of last Saturday’s match against defending champions Wales, who had won just one out of four matches played so far, but that encounter did not take place after the Welsh Rugby Union announced on the Friday before the Test that it was being postponed due to the escalating coronavirus crisis.

Although Scotland were competitive in all their matches, one can’t help but wonder if there would have been different outcomes in those defeats against Ireland (19-12) and England (13-6) if Russell was playing in the matches.

Russell’s replacement, Adam Hastings, did not let the side down and improved as the tournament progressed but Scotland missed their first-choice pivot’s attacking brilliance and ability to unlock the tightest defences.

It was revealed later that the 27-year-old’s absence from the team was not just about breaching squad rules but also due to a breakdown in relations with Townsend. However, the player and coach held positive talks ahead of their Test with France and it was agreed that Russell would return to play for his country in their mid-year Tests against South Africa. He also helped Scotland’s coaching staff by sharing information on some of the players he has faced in the Top 14 ahead of their 28-17 triumph over France.

Overall, there were signs of improvement for Scotland, especially defensively as they did well to only concede four tries throughout the tournament. Their attack also got better as the tournament progressed and after failing to cross the whitewash against Ireland and England, they scored three five-pointers apiece against Italy and France.

The emergence of young flanker Jamie Ritchie, and his combination with fellow tearaway Hamish Watson, were highlights of the campaign. Both played consistently well and were particularly impressive in the wins over Italy and France.

Meanwhile, new captain Stuart Hogg put some early mishaps behind him and showed his class with sterling performances in those latter matches. He impressed as the team’s leader and left his stamp on the competition with a superb try against Italy which was one of the best five-pointers in the tournament.

Scotland can be pleased with their overall performance and will be keen to build on it when they return to action later this year.