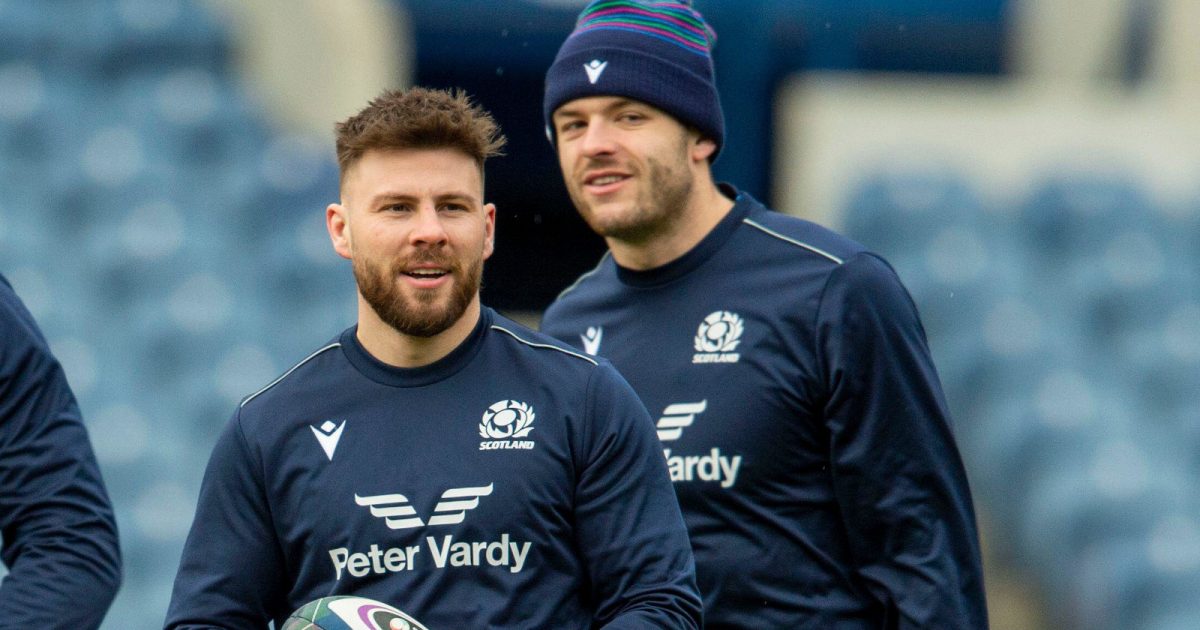 Now that the 2022 July internationals are wrapped up, we delve into the state of affairs in each of the competing northern hemisphere nations. Next up, Scotland.

No doubt ‘depth’ was the watchword for Gregor Townsend heading into their July series. Having left Finn Russell, Stuart Hogg and Chris Harris at home to rest, there was always a feeling that the head coach was accepting short-term pain for long-term gain.

While any player or coach will tell you victory is the ultimate ambition, there was much more to Scotland’s tour of Argentina than that. With Russell on the sidelines, it presented Blair Kinghorn with an opportunity to start three successive matches at fly-half, while Hogg’s absence enabled Rory Hutchinson and Ollie Smith to stake a claim.

Townsend also regularly rotated between the Tests, building what has been a rare phenomenon in Scottish rugby – a group of 30+ players that potentially have the ability to play at international level. To the head honcho’s credit, he has built a strong squad since taking charge, continuing the work from previous incumbent Vern Cotter.

Results have been mixed, however, and they remain a frustrating team to watch. The intent has often been excellent, the set-piece is generally very solid and they play some exciting rugby, but too often they make silly errors and fail to turn up in games they are favourites to win.

Scotland’s performances over the three recent Tests were actually very good, especially from the second half in Test one onwards. Although they eventually lost that match – thanks, in part, to a poor mistake from a restart – the tourists proceeded to dominate the next game.

It then set up a series decider and, after 50 minutes, all was going well. Duhan van der Merwe and Ewan Ashman had scored two tries apiece and they held a 28-13 advantage, but it was to go very wrong for the Scots.

Enormous credit must go to Los Pumas as they launched a stunning comeback but Scotland should have seen out the win, especially when 31-27 ahead in the latter stages and with a penalty in front of the posts. The visitors should have gone for the points to stretch their lead but, as has been customary in big matches, they made the wrong decision.

Handling those pressure moments is not something they have done well under Townsend and it evidently continues to be a problem. Following a frustrating 2022 Six Nations, where an excellent win over England gave way to a series of disappointing performances, they no doubt hoped to make progress in that area.

It did not transpire that way, though, and there have been real issues with consistency under the current boss. There is no point turning up and showing real intensity, passion and creativity against the Auld Enemy if it is not repeated in their other matches.

For years, ‘as long as we beat England’ was an almost acceptable mantra, given the state Scottish Rugby was in, but they are in a much better place nowadays and should be aiming for Six Nations silverware and southern hemisphere scalps heading into the World Cup.

The platform is very much there for them to kick on. Up front, they have a number of top quality props and hookers to choose from, while the lock stocks are also strong. In the back-row, they have two outstanding tearaways in the form of Rory Darge and Hamish Watson, with Jamie Ritchie another proven performer when he gets back fit.

With that pack, Scotland should have stability in the set-piece, both at lineout and scrum, and will be a nuisance at the contact area thanks to their plethora of breakdown exponents. The question has, however, always surrounded the mere power of the forward eight. They simply don’t have the big ball carriers of the top nations and that is where Townsend’s men tend to get found out.

Watson and Darge can obviously to do their fair share alongside Matt Fagerson, but the number eight isn’t a Billy Vunipola, Ardie Savea, Caelan Doris and Rob Valetini et al. and you wonder whether he can provide that consistent front ball going forward. Ben Muncaster is an interesting prospect and could well be the answer going forward, but the 20-year-old will hope that he doesn’t get ‘second season syndrome’ in 2022/23 and pushes for a Scotland place.

If Townsend is able to rectify that then the Scots will be in great shape going into the global tournament as their backline is packed with talent. Ali Price and Russell form an excellent partnership at half-back and Kinghorn is an interesting prospect as Russell’s prospective back-up.

The former full-back has certainly not looked the finished product at fly-half and struggled at times in Argentina, but he is getting better and produced his best display in the third Test. With his pace, footwork, strength and passing ability, Kinghorn is always going to be a threat on the gain line and Townsend will expect that the decision-making will come with game time.

With Adam Hastings also in the mix and Ross Thompson coming through, it gives them plenty of depth in the key playmaking position. It will help Scotland to get the best out of their wider threats, who are all game-breakers with ball in hand.

Van der Merwe and Hogg are two of the most exciting runners in world rugby, while Darcy Graham, Rufus McLean, Kyle Rowe and Kyle Steyn are also significant threats with ball in hand.

It means that Scotland have both the depth and talent to compete, and there is still time for them to sort out the issues which have plagued their performances over recent seasons. The Scots’ World Cup group is brutal, with defending champions South Africa and the current world number one Ireland stationed in Pool B, but they could still find themselves very competitive if those flaws are ironed out.

Scotland’s 2-1 series defeat to Argentina was disappointing but Townsend would have learned plenty and it should stand them in better stead heading into the November Tests and next year’s Six Nations.

READ MORE: State of the Nation: Gutsy Wales make strides despite losing the series to the Springboks