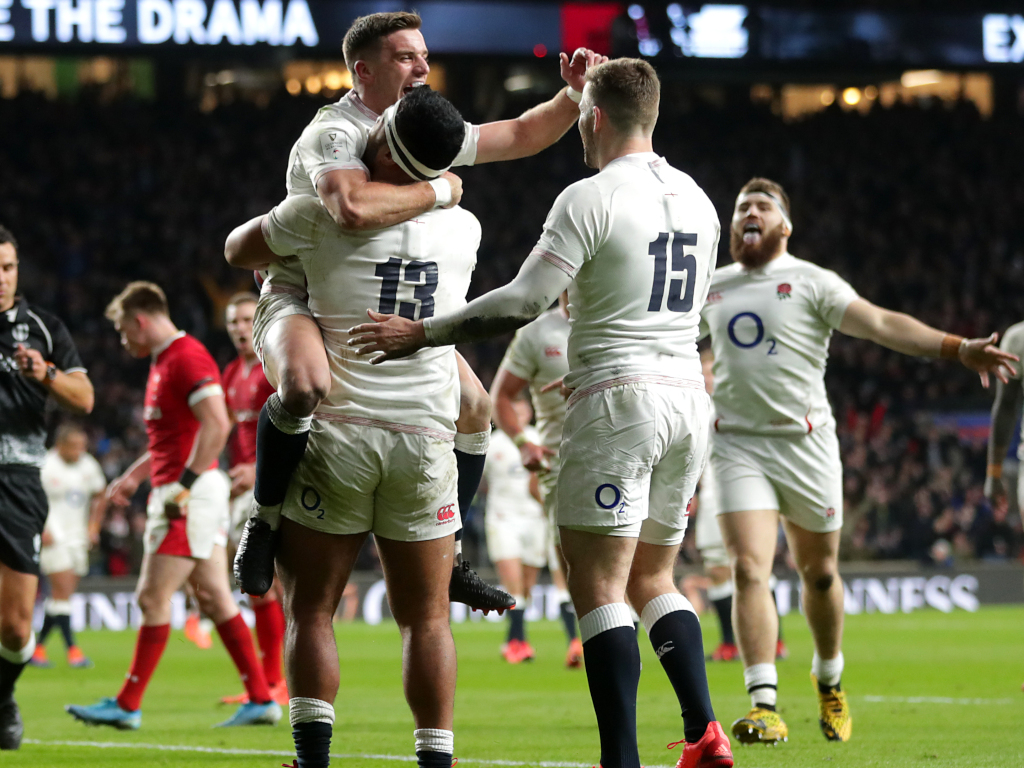 With the Six Nations done and dusted, for now at least, we look at the state of affairs in each of the competing nations. Last up, England.

After their wonderful run to the final, England’s 2020 Six Nations campaign was always going to be judged with high expectation and exacting measurement.

It got off to an explosive start in Paris, where Eddie Jones’ suggestion that England were going to become the most brutal side in the world was met with French laughter and an immense performance by the home side. An English win in rain and sleet at Murrayfield followed and thereafter England went through the gears, disposing of both Ireland and Wales at home with a degree of ease and no less style.

The three wins all featured several themes. Firstly, all were forged by a defence with intent, accuracy and pace; secondly, each were engineered by an exceptional display of kicking accuracy and control with England alternating their first receiver from the options of Owen Farrell, George Ford and Elliot Daly and lastly, England’s finishing accuracy was way ahead of their opponents, in each instance having less than 50% of the overall possession all match.

In truth, considering the legion of unavailability and domestic undercurrent England endured during the campaign, the outcomes were absolutely first class. What with the Saracens affair, self-inflicted disciplinary issues and selectorial disruption, mentally weaker sides would have crumbled, but England appeared to get stronger and stronger as the tournament progressed, underlining their emerging leadership and self-belief.

The leadership issue is key; up until this season, Jones had vacillated over the armband, naming co-captains and not allowing anyone to become the loudest voice other than himself. But during the World Cup, Farrell emerged as the man to claim the job.

The best compliment Farrell could ever be given is that he’s become the most hated man in international rugby and is now the metaphor for all fan and press ire directed towards the England.

As a player, his lack of compromise, huge physicality, skill execution under pressure and growing maturity has finally formed the complete article, whether as a 10 or a 12. He is at the centre of every decision, every defensive rush, every collision and most importantly, every scoring move. In short, he is now to his code what his Dad was to rugby league, and that’s the biggest complement one could ever give – the Iron Man of Union.

Elsewhere, losing the skills of Mako Vunipola could have crippled any other nation bar England, but in the front-row we saw Joe Marler and Ellis Genge put in some remarkable performances with Will Stuart easing in seamlessly on the tighthead and hooker Luke Cowan-Dickle giving England further depth in the tight with huge mobility in the loose.

If there’s one area that might worry England, it’s their stock at lock. Whilst they currently have two smoking barrels in Maro Itoje and George Kruis, when they’re not together England aren’t quite the same side and rumours abound that Kruis is heading to Japan in the very near future. If this is the case, then this season has underlined that Joe Launchbury and Charlie Ewels’ lineout work isn’t quite up to standard and England don’t really have any other tried and trusted lumps to parachute in, bearing in mind Courtney Lawes is now seen at best, as a starting flank and at worst, a finishing lock. Should uncapped Saint David Ribbans become fit, he may well be the option England need, but right now, they’re a little short in the engine room.

The same cannot be said about the back-row where there’s more proven options available to England than at any other time since 2003. As Oscar Wilde may have observed, losing one Vunipola may be classed as unfortunate, but to lose two is downright careless, but that’s what happened as his forearm once again gave way to the brutal demands he places upon it. Replacing him with Tom Curry may have been left field from Jones, but it allowed immense mobility and defensive power from his loose trio. Indeed, the win at Murrayfield was engineered by the fortune of having three openside scrappers on the pitch when openside scrap was the order of the day.

Lawes grew into the six shirt, offering peerless lineout security and gainline presence; at seven, we saw world-class performances from both Sam Underhill and the returning back-row generalist, Mark Wilson, a player that brings balance to any side he plays in. Ben Earl too put in a couple of cameos and his electric pace (he’s second only to Jonny May in England’s sprint training records) will trouble international defences for many a year to come.

With the likes of Jack Willis, Tom Ellis, Alex Dombrandt and Ted Hill absolutely on fire in the Premiership, England look set to resume the conveyor belt of world-class back-rows they’ve always had during their dominant periods.

At half-back, nine is England’s problem position; it’s safe to say that since Ben Youngs arrived on the scene there’s been a lack of obvious investment in an understudy. Quite why, after a World Cup, Jones would continue with under-investment by picking a 33-year-old journeyman in Willi Heinz suggests that the cupboard is pretty bare and that’s a concern. However, unless you give players a chance to fail, you’ll never find out how good they really are and right at the top of Jones’ shopping list must be the development of the likes of Alex Mitchell, Ben Spencer and Jack Maunder.

With Farrell as the fulcrum, England’s back play relied upon creating two pods from primary possession – the kicking pod (Farrell, Ford, Daly) and the chasing pod (Manu Tuilagi, May and the other selected wing). This relies upon precision rugby and intelligent management from all, something which saw Jonathan Joseph selected for this very purpose out of position. But the key here is the word Tuilagi in the chasing pod.

Everything about England relied to a lesser or greater extent on the powerful Tiger; when England kick, he leads the chase; when they run route one, he makes the collision. It’s a huge strength of England that he’s able to do this, but there’s not one other player around that does what he does and should he get injured, it leaves England with both a tactical and physical hole that they cannot fill on a like for like basis.

🗣️ "If you look at the bans given to the players and then the comments Eddie Jones made, they are all out of kilter and need looking at."

In the back three, May can rightly lay claim to being one of the best wings in international rugby. His second try in Paris was mind-boggling and his all round game has few, if any, weaknesses. Wing stocks are high, but one notable performance was that of Henry Slade; pushed into duty as an emergency full-back versus Wales, the Chief looked a natural, fusing physicality and sureness in defence with leggy runs and big hoofs from hand.

It’s safe to say in playing stocks and rugby terms, England look in good shape and whilst they lost in Paris in an incredible game of rugby, their season has a big tick by it and a solid B+ in terms of performances.

However, there’s other little undercurrents, some self-inflicted, that took some shine off the season. The RFU and Jones continue to duel regarding his future and some of the press rattle from Twickenham has been frankly ridiculous. The players enjoy Jones, the public love his impish controversy and, being pragmatic, if he went, there is no international coach of his calibre available to take over the reins. It’s time to embrace Jones, to give him some love and respect for all that he’s done.

The cause hasn’t been assisted by the actions of a couple of senior players towards the end of the season. Fuelled by media frenzy, Marler has become Public Enemy No.1 in rugby, something he’ll take mixed emotion from. It was nothing more than a piece of wanton stupidity from the prop and it’s been rightly punished – but had that silliness taken place in a World Cup series or Lions tour, the team implications would have been cataclysmic. However, Marler seemingly remains committed to international rugby and it was absolutely ironic that his act took place in the middle of possibly his finest performance in an England shirt, where he absolutely toasted the Welsh scrum all afternoon.

Taking this incident, together with Jones’ continuing battles with the media, is detracting from England’s quality. These ongoing issues tend to suggest that underneath it all, England (and their coach) lack the deep inner self-confidence that their performances should have given them. The selection is right, the players are world-class but it’s this little doubting niggle that causes flare-ups that’s costing them.

The message should be loud and clear; there’s the performances, there’s the player depth, there’s the results. England have everything to be confident about and need now to stop the rot – both in the media and in self-control.