Home Italy State of the Nation: Italy’s loss to Georgia brings them back down to earth with a bump 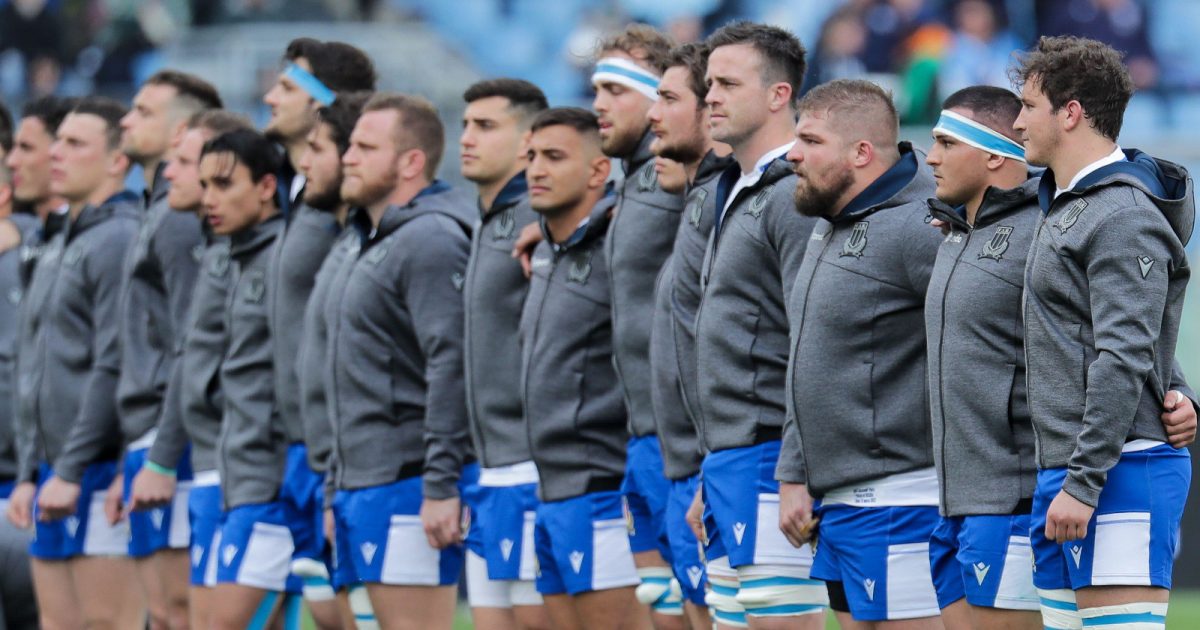 Now that the 2022 July internationals are wrapped up, we delve into the state of affairs in each of the northern hemisphere nations. Next up, Italy.

It might have escaped many viewers’ attention amid all the furore around the Ireland, England, Wales and Scotland tours but the Azzurri played three internationals of their own, with Portugal, Romania and Georgia their opponents in what was an indifferent month for the nation.

Indeed, they lost to Georgia and almost suffered the same fate in Portugal as Italy were brought back down to earth after that Wales win.

One must applaud the Azzurri, however, for their part in scheduling these games against Tier 2 sides in a move that also allowed them to create depth.

That victory over Wales in Cardiff would have done Italy the power of good as they finally ended a dismal losing run of 36 matches in the Six Nations. Subsequently they had a spring in their step going into July’s games and with their age-grade sides also performing well, there was optimism aplenty.

Head coach Kieran Crowley did opt to take most of his first team on this mid-year tour, as the likes of up-and-coming star Ange Capuozzo, Michele Lamaro, Tommaso Allan, Edoardo Padovani and several others were included. However, Paolo Garbisi was given limited game time after his exploits with Montpellier.

Their action began with that match against Portugal in Lisbon where only a penalty try in the 79th minute spared Italy‘s blushes in a thrilling contest.

Portugal led 17-10 at the break with full-back Nuno Sousa Guedes standing out while scrum-half Samuel Marques kicked extremely well throughout the game.

Despite moving further behind at 24-10, Italy managed to pull themselves back into the match as wing Padovani and Gianmarco Lucchesi brought them level.

Another try from Portugal put the hosts back in front before Cherif Traore powered over and then followed that controversial penalty try to seal victory.

Crowley and Italy breathed a sigh of relief before the following week provided less stress as they eased past Romania 45-13 in Bucharest. Two scores from Tommaso Menoncello and one apiece from Allan, Niccolo Cannone, Alessandro Garbisi, Marco Zanon and Giacomo Nicotera saw the Azzurri to a comfortable win.

All eyes then centred on the match many had been waiting for on July 10 and that showdown with Georgia, which had much more than the result riding on it.

The Azzurri faced not only a fired-up Lelos team but also passionate home supporters and the visitors were behind early on after Alexander Todua and Tedo Abzhandadze’s excellent tries. Menoncello did respond in the first period but Abzhandadze grabbed his brace before the break to send Georgia in 19-13 up.

Two further penalties from Allan was all Italy could muster in the second half, as Abzhandadze did the same either side of Gela Aprasidze’s long distance three-pointer to seal a statement-making success that reignited talk of promotion/relegation in the Six Nations, something Italy would’ve hoped to have cooled.

A false dawn for Italy?

Take nothing away from Georgia as they once again showed that they are ready to eat at European rugby’s top table, but this past month has provided a rude awakening for the Italians. Beating Wales at the Principality Stadium in March was meant to be a springboard on which to build in July. However, this loss against Georgia and their struggles in Portugal has given Crowley and his coaching staff plenty of food for thought as they now regroup ahead of November.

That month will provide further stern examinations of this side as Pacific Nations Cup victors Samoa, Australia and world champions South Africa travel north looking to build momentum of their own ahead of the Rugby World Cup – the latter two teams being battle hardened from the Rugby Championship.

For Italy, they must recapture the mood from those moments of promise shown against Wales, while continuing to incorporate the talented prospects from their U20 and U18 sides into the senior set up as they look to regain confidence. Discovering a scrum-half replacement of the same ilk of the retired Callum Braley is also key to their hopes, with his decision a setback they didn’t need with a World Cup pool alongside New Zealand and France looming large.