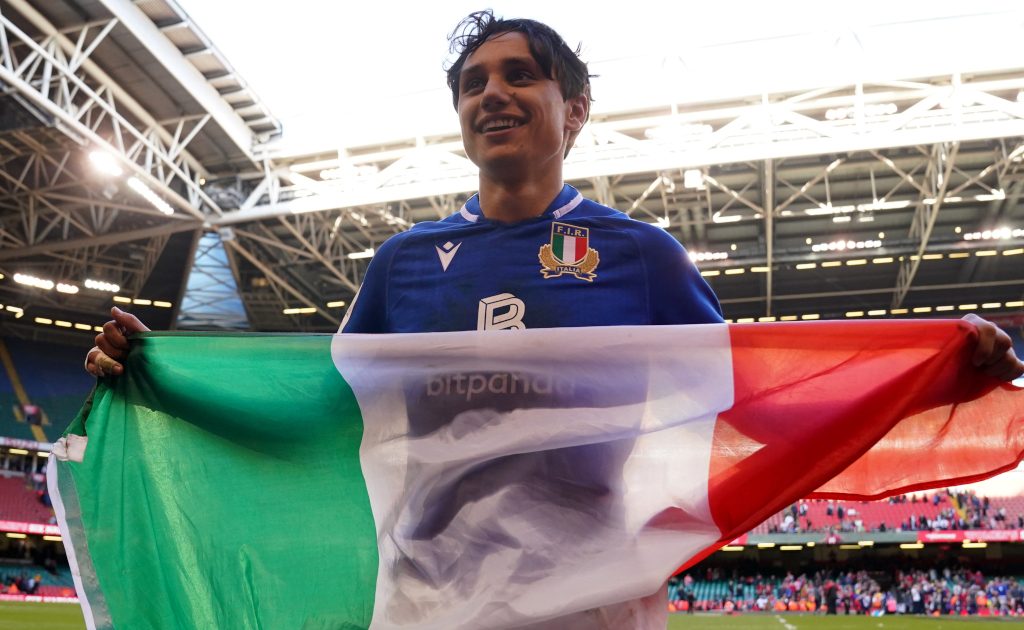 Now that the 2022 Six Nations is wrapped up, we delve into the state of affairs in each of the competing nations. First up, Italy.

However, what counts moving forward towards the 2023 Six Nations and Rugby World Cup is that Italy are trending upwards in every way possible.

In terms of player talent, they have a squad of raw, young players that improved as this year’s Six Nations progressed – they will only get better.

Their captain, the superb Michele Lamaro, has proved that he is the man for the job going forward after having put in one of the grittiest performances the tournament has ever seen from a flanker with 86 tackles made in the 377 minutes he played.

Italy also saw a star rise from within their ranks in the form of debutant full-back Ange Capuozzo whose heroics won Italy their first Six Nations game under Crowley after 36 winless results previous to this triumph.

Before we delve into the pivotal win, let’s look into the four prior defeats.

Week one saw Italy lose 37-10 no thanks to a hat-trick from France wing Gabin Villiere, however there are positives to take.

A scrappy first half from the Fabien Galthie-less (Covid) French, saw Italy score from a cross0field kick from Paolo Garbisi to 19-year-old wing Tommaso Menoncello.

A Garbisi conversion and penalty kept them in the game 18-10 at half time, but then came an onslaught of French points after the break to condemn Italy to a 37-10 loss.

Next up was England who, in the simplest terms possible, demolished Italy.

The 33-0 home loss was one to forget as Italy played on the backfoot for most of the game and were penalised by their lack of discipline by the referee and by England.

Just when things couldn’t get any worse, Ireland happened.

Andy Farrell’s side won 57-6 after exploiting their two-man advantage caused by a controversial rule when Italy ran out of hookers following an injury and red card.

The number that sums this match up best is 64; the amount of seconds Italy spent in the Irish 22.

In their penultimate game of the tournament, Italy lost once more to the Scots, this time it was by a far closer 11-point margin with a final score of 33-22.

Italy had chances to score more points but failed to execute and be clinical when they needed to be – the overwhelming positive from this game was the arrival of Capuozzo, who made his debut in the second half and celebrated the occasion with two tries.

Capuozzo’s impressive debut earned him a starting place at full-back for the final game of the tournament against Wales where his heroics in the dying moments set up Edoardo Padovani for the try which gave Garbisi the chance to convert for the win (which he did).

The emergence and form of players like Capuozzo, Danilo Fischetti, Juan Ignacio Brex, Monty Ioane and others have made this tournament worthwhile for Crowley’s men but progress still needs to be made.

Italy’s defensive structure may have been fantastic versus Wales but the amount of tackles they missed across the tournament (130) suggest work needs to be done defensively.

For Italy to succeed in the World Cup, a successful Six Nations next year is vital and Garbisi must step up if he is to marshall the Italian offense.

A win signals a brighter future, but there is more work to be done.