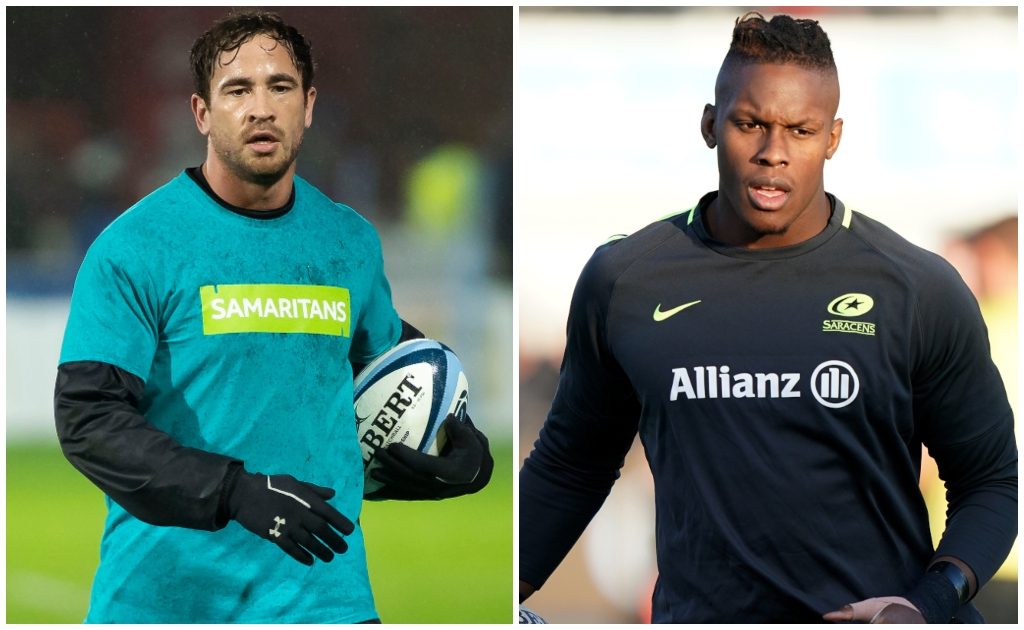 Round Five of the Premiership is set for kick-off as six games take place, including the highly anticipated clash between Wasps and Exeter Chiefs on Saturday.

Form: Sale Sharks’ only win in their last six Premiership Rugby fixtures was 20-19 at home to Bath in Round One. The Sharks tripped up in their most recent encounter at AJ Bell Stadium losing 15-25 to Exeter ending an eight-game winning run at the venue. Defending champions Harlequins have begun the season with maximum league points after their first three matches and have now won their last six games in succession since they last visited Sale on June 4. Quins have won their last two away games, their best sequence for twelve months. The last five fixtures between the two clubs in Premiership Rugby have all gone the way of home team advantage whilst Harlequins have not been victorious at AJ Bell Stadium since a 25-23 victory in April 2015.

Form: Wasps’ three games so far in Premiership Rugby have all been won by the home side on the day. Wasps have lost just one of their last five matches played at Coventry Building Society Arena: 31-38 to Leicester on June 12. Exeter Chiefs have won their last two Premiership Rugby fixtures, against Sale and Worcester since Northampton beat them at Sandy Park at the end of September. The Chiefs’ only defeat in their last five away games was 19-34 at Leicester in Round One. The last eight fixtures between the two clubs have been evenly split with four wins apiece. Exeter have won just twice in their seven previous visits to play Wasps in Coventry, in December 2015 and September 2018.

Form: Worcester Warriors have slipped to three straight defeats in Premiership Rugby since beating London Irish 36-24 at Sixways in Round One – Worcester’s only victory at Sixways in any tournament since 21st November 2020. Leicester Tigers have won their last five Premiership Rugby encounters since losing 23-26 to Bristol at Welford Road on 5 June. The Tigers have not won six in succession in the tournament since 2017, whilst they have not begun a league campaign with six wins out of six since in Division One in season 1994/95. The Tigers have won their last three fixtures against the Warriors with their 18-17 victory on their most recent victory to Sixways in May ending a run of three successive defeats at the venue in all competitions.

Form: Bath have slipped to three successive Premiership Rugby defeats although on each occasion they have earned a losing bonus point. Bath’s only victory at the Recreation Ground in any competition since mid-April was 30-24 against Northampton in Premiership Rugby on 12 June. Saracens have lost only one of their last four Premiership Rugby matches – 12-13 at Leicester in Round Three this season. Saracens’ previous defeat away from home was on a trip to face Cornish Pirates in the RFU Championship in March 2021. The last three meetings between the two clubs have been shared with one win apiece plus a draw. Saracens won 25-12 on their most recent visit to Bath in November 2019 to end a three-game winning run by the home side at the venue.

Form: London Irish’s most recent victory in Premiership Rugby was 36-33 against Bath at Brentford Community Stadium at the end of March. The Exiles are without a win in their last five Premiership Rugby at Brentford but in that time have secured two try bonus points and three losing bonus points. Gloucester Rugby have won their last two Premiership Rugby matches after beginning the season with a pair of defeats. The Cherry & Whites won their most recent away game 31-23 at Worcester and have not won successive matches on their travels since April 2019. The last four meetings between the two clubs have all been won by the home side on the day whilst Gloucester’s most recent success on Irish’s soil was 33-29 at Madejski Stadium in March 2018.