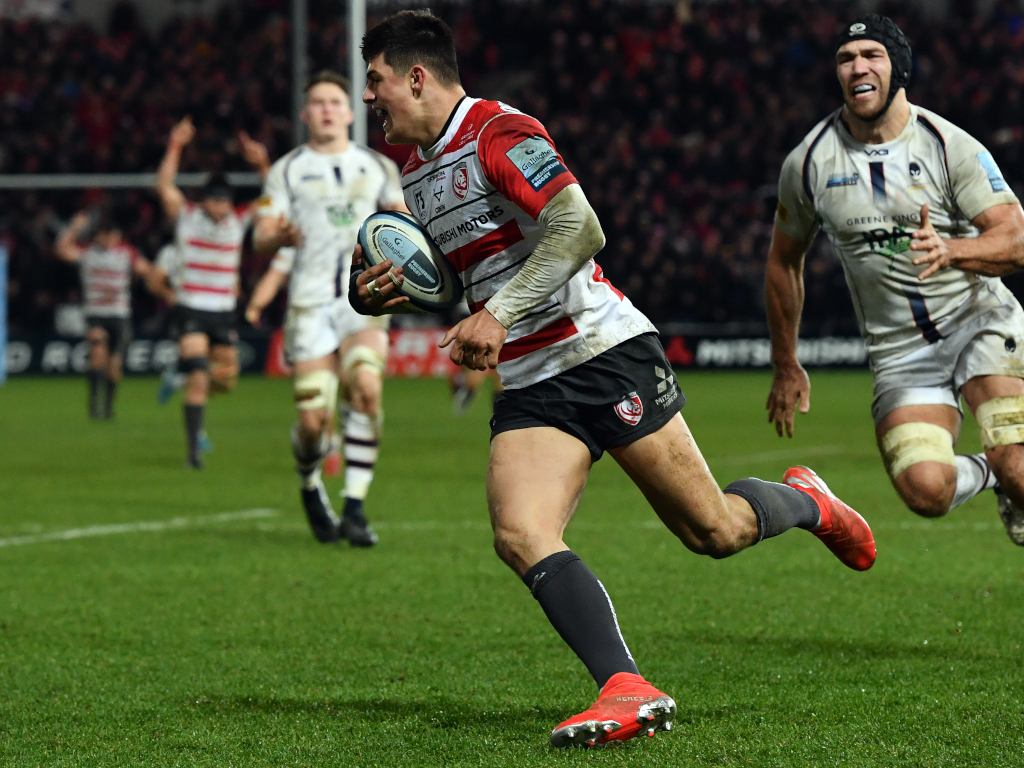 Gloucester have announced that talented youngster Louis Rees-Zammit has extended his contract with the club, stepping up to the senior squad on a long-term deal.

Rees-Zammit, who came through the Gloucester academy, made his debut for the senior squad last season, when he was part of the team selected for the West Country derby against Bath.

His senior contract comes on the back of some incredible performances this season, as well as numerous achievements, including becoming Gloucester’s youngest ever Premiership player, their youngest ever player in a European match, and the youngest player ever to score a hat-trick in the Premiership. Added to that, last month he was named as Premiership Player of the Month.

Taking top-flight rugby by storm, @LouisReesZammit is here to stay. 🌪

Gloucester director of rugby, David Humphreys commented: “Louis has had an amazing start to his professional rugby career at Gloucester. Not many 18-year-old academy players get an opportunity to play regular Premiership and Champions Cup, but Louis has taken his chance and become a regular member of the match day squad over the last few months.

“Having just signed an academy contract, Louis’s form has now been rewarded with a long-term senior contract based on his outstanding performances.

“Louis has a very exciting future ahead of him and if he continues to work hard at his game, he will achieve success at club level and ultimately at international level with Wales. Everyone at the club is delighted he has committed his future to Gloucester Rugby.”

Head coach Johan Ackermann added: “For his young age, Louis has a very mature attitude, a willingness to work hard and a commitment to rugby. If he stays humble and stays hungry to improve, I have no doubt that he has an extremely promising career ahead of him.

“Louis has settled in nicely with the senior squad in a short time and I, along with all the coaching staff, look forward to continuing working with him and see him develop further, alongside the rest of the senior players.”