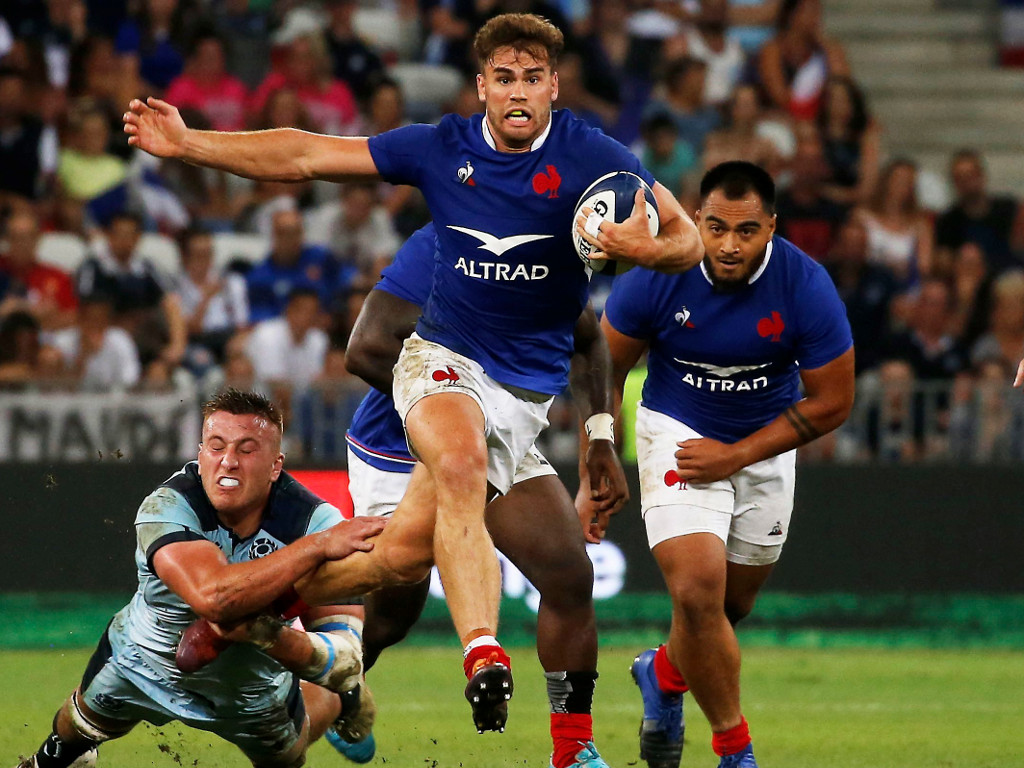 France have been boosted by the news that both Damian Penaud and Antoine Dupont are fit to start against Wales in their Rugby World Cup quarter-final.

Both were minor doubts ahead of the game in Oita but have been cleared to face an in-form Welsh side in Sunday’s opening last-eight clash.

Dupont shakes off a back injury and will line up alongside his Toulouse teammate Romain Ntamack while Penaud is named on the right wing.

Scrum-half Dupont took limited part in training this week but has been declared fit to play in place of Baptiste Serin. His last start was against Argentina in France’s opening game, although he did come off the bench to play the last 27 minutes of the win over Tonga.

Les Bleus head coach Jacques Brunel has made five changes in all from the line-up that defeated Tonga almost two weeks ago.

Yoann Huget comes in on the left wing in place of Alivereti Raka, who falls out of the matchday squad altogether, as does centre Sofiane Guitoune, who makes way for Gael Fickou. One surprise on their replacements bench sees the recently called up Vincent Rattez preferred ahead of the dropped pair.

Up front, captain Guilhem Guirado makes his first start since the Argentina game, Camille Chat moving to the bench after starting against the USA and Tonga.