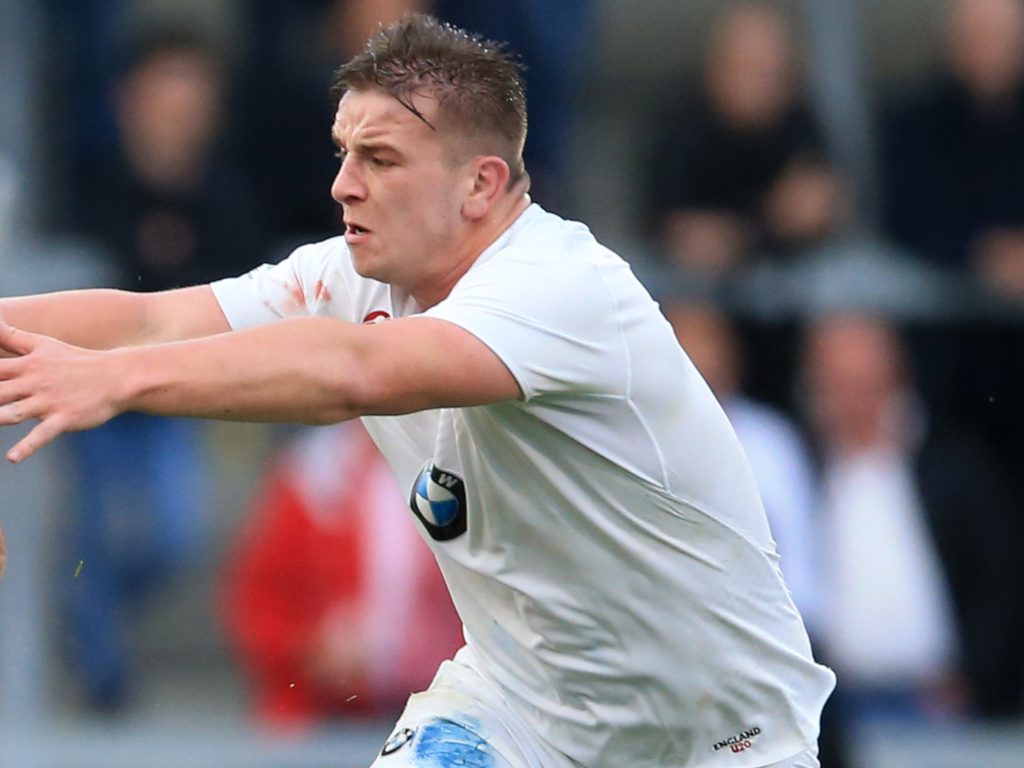 There are three PRO14 fixtures scheduled for Friday with Edinburgh, Ospreys and Zebre hosting Connacht, Leinster and Munster respectively.

Second-row Stan South will make his debut as Edinburgh change five for Friday’s Conference B clash against Connacht at Murrayfield.

Debutant South – who joined from Exeter Chiefs earlier this month – and hooker Mike Willemse both start in a reshuffled tight-five, as Fraser McKenzie and David Cherry miss out through injury.

Scotland international prop Simon Berghan returns to action in the only other alteration to the pack.

In the backline, a new look half-back pairing sees scrum-half Nic Groom – who skippers the side – and fly-half Simon Hickey get the nod for the Round 12 match-up in the Scottish capital.

An unchanged back-three sees Damien Hoyland continue at full-back as Duhan van der Merwe – who grabbed his 10th try of the season against Scarlets last weekend – and Fijian international Eroni Sau continue on the wings.

Scotland centre pairing Matt Scott and Mark Bennett are once again named in midfield, with the aforementioned Groom and Hickey combined at half-back.

Tighthead prop Berghan – who is released from Scotland’s Six Nations squad for the fixture – packs down alongside Pierre Schoeman and Willemse up front, as locks Lewis Carmichael and South complete the tight-five.

Elsewhere, Academy prop Dan Winning is named among the replacements and will make his professional debut if called upon from the bench.

Meanwhile, Connacht head coach Andy Friend has made four changes to his starting team to face the Scottish side.

With Dave Heffernan and Ultan Dillane unavailable due to international duty and Gavin Thornbury picking up an injury last weekend, all four changes come in the forward pack that dominated Cardiff Blues last time out.

In the front-row, prop Denis Buckley and hooker Shane Delahunt are the two new faces with tighthead Finlay Bealham retained from the Cardiff game, while in the second-row, Joe Maksymiw and Niall Murray both come into the starting team.

The back-row does remain unchanged with Paul Boyle and Colby Fainga’a at blindside and openside respectively and captain Jarrad Butler at number eight.

There are no changes in the backs which means that Jack Carty and Kieran Marmion continue their half-back partnership, while in midfield Kyle Godwin and Peter Robb will hope to make a big impact against the conference rivals.

The side is completed by a back three that includes Tiernan O’Halloran at full-back and Niyi Adeolokun and John Porch on the wings.

Ospreys have made a solitary change from last weekend’s impressive victory over Ulster ahead of facing Leinster at The Gnoll.

Cai Evans, Hanno Dirksen and Luke Morgan all start in the back three, providing a good balance to marshal the open field. Last week’s try scorer, Owen Watkin, will pair up in the midfield with Kieran Williams, who also had an eye-catching performance against the Ulstermen.

Luke Price, who nailed the match-winning penalty last week, starts at fly-half with Aled Davies, the charge down hero, his scrum-half partner.

Up front, Nicky Smith, Scott Otten and Simon Gardiner pack down in the front-row while it’s an international combination in the second-row with Adam Beard and Bradley Davies starting together once more.

In the back-row, last week’s player of the match and captain, Dan Lydiate, is selected at blindside while Olly Cracknell gets the nod at openside. Cracknell will be making his 100th appearance for the region, an impressive feat from the 25-year old.

Making a welcome return to the number eight berth is Dan Baker, the only new inclusion from last week, replacing Gareth Evans.

The bench boasts an impressive list of names, with a gargantuan front-row trio of Sam Parry, Gareth Thomas, and Gheorghe Gajion raring to go. Ospreys stalwart Lloyd Ashley provides cover in the second-row, while the dynamic Sam Cross will be looking to make an impact form the bench too.

Meanwhile, Leinster have made eight personnel changes and one positional tweak to their starting XV that defeated the Cheetahs last week for this game.

James Tracy is named at hooker in place of Rónan Kelleher who is on Six Nations duty with Ireland, with Peter Dooley and Michael Bent completing the front-row trio.

Josh Murphy and Scott Penny both come in to start in the back-row while Rhys Ruddock, who was blindside flanker last weekend, moves to number eight.

Scott Fardy once again captains Leinster from the second-row alongside Ross Molony.

There are five changes in the backline as Jamison Gibson-Park starts at scrum-half in a half-back pairing with Ciarán Frawley, who is retained from the win over Cheetahs.

Jimmy O’Brien once again starts at outside centre with Conor O’Brien replacing Joe Tomane to wear the 12 shirt.

There is an all-new back three with James Lowe on the left wing, Cian Kelleher, who came off the bench against Cheetahs on the right wing, and Hugo Keenan at full-back.

Seán Cronin is also primed to appear from the bench along with Rowan Osborne who could make his fourth appearance of the season.

It's a new venue for the competition with Zebre hosting the game at Stadio Giovanni Mari in Milan.

Zebre will be looking to bounce back from last week’s 56-24 defeat at Glasgow Warriors when they take on Munster at Stadio Giovanni Mari.

Despite going down to a heavy loss in that match, the Italians were only four points adrift at the break so there are positives to build off.

In team news for Friday there’s one alteration to the backline as Francois Brummer starts at number 10 in place of Michelangelo Biondelli.

There’s also one tweak to the pack as Jimmy Tuivaiti gets the nod at openside in place of Apisai Tauyavuca as Zebre look to spring a shock.

Van Graan hands the captaincy to hooker Niall Scannell for the first time and he joins James Cronin and John Ryan in the unchanged international front-row.

Darren O’Shea links up with Fineen Wycherley in the engine room, as Chris Cloete and the Academy’s Jack O’Sullivan join Arno Botha in the back-row. Botha makes the positional switch to start at blindside for the first time.

In the backline, Craig Casey is introduced to partner JJ Hanrahan in the half-backs while Rory Scannell and Sammy Arnold form the centre partnership this week, as the back three of Mike Haley, Calvin Nash and Shane Daly remain in situ.

Tommy O’Donnell and Darren Sweetnam are in line for a return to action with both named in the replacements after overcoming respective hamstring injuries. O’Donnell last played against Leinster in December, while Sweetnam has been sidelined since the Cheetahs in October.

It will be a proud day for the Scannell/O’Sullivan family as Niall gets to lead his brother Rory and cousin Jack out on the field for the first time.