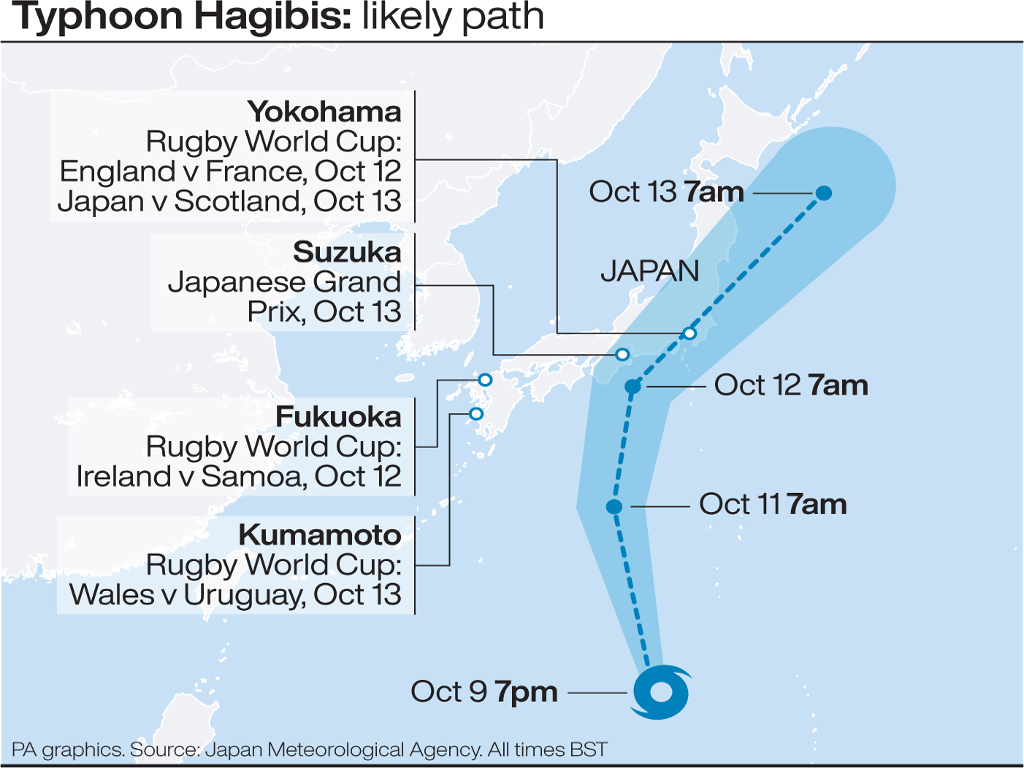 The Scottish Rugby Union has been fined £70,000 and ordered to apologise after criticising World Rugby ahead of their encounter against Japan in the World Cup.

Tensions rose during the recent tournament in Japan as Scotland’s pivotal group clash with the hosts was put under threat by Typhoon Hagibis.

With Scotland needing to win the game to have a chance of progression, CEO Mark Dodson said at a press conference that he did not want his side to be “collateral damage” of the fallout of the Typhoon.

But in announcing the decision of an Independent Disputes Committee, World Rugby said Dodson’s comments, “which suggested an unfair and disorganised treatment of all teams”, merited an official reprimand, a written apology and a £70,000 fine.

The game in question did go ahead, and Scotland lost 28-21 to crash out of the tournament.

But amid the uncertainty of whether or not the fixture would be played at the Yokohama Stadium, Dodson had refused to rule out taking legal action in the event of a postponement.

“I think our view is that we have to reflect on that matter at that time. This is a glorious, world-class sporting occasion. We don’t want to be the people that taint that. But we also don’t want to be the collateral damage of this,” Dodson, who repeatedly asked for a “common-sense approach”, said at a snap press conference when asked if action could be taken.

In its statement, World Rugby said it had invited the SRU to make an apology and a donation to the typhoon disaster relief fund, but that the SRU had “suggested alternative wording which included a mutual expression of regret from both parties, and no apology”.

“The committee determined in respect of the first charge that comments attributed to Mark Dodson amounted to misconduct and brought the game into disrepute,” the statement continued.

World Rugby added that the fine would be donated to the Childfund Pass it Back programme on World Rugby’s instruction, assisting with the ongoing relief effort in areas affected by Typhoon Hagibis.